Capricorn and Sagittarius • Compatibility in Love, Sex, and More 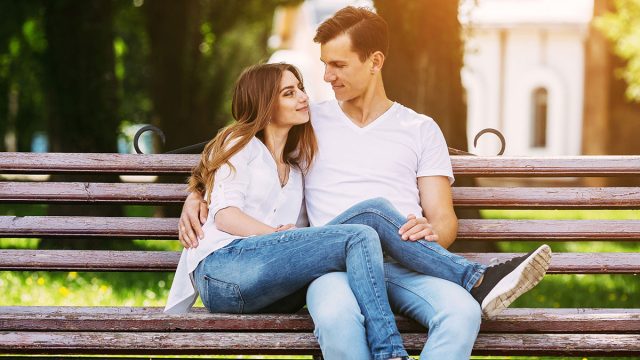 A relationship can be a challenge for Capricorn and Sagittarius. These two signs are very different.

These two might see eye-to-eye about some things, but their overall compatibility is low. Making a relationship work will be a challenge for Sagittarius and Capricorn.

Capricorn and Sagittarius can sometimes have fun together, but they aren’t always good as long-term partners.

Capricorns want stability in their life. Sagittarius wants adventure and excitement. These two cannot always reconcile their different values and desires. Even if they can make things work in the short term, this isn’t often a lasting relationship.

Sagittarius and Capricorn can learn to respect one another. That’s not always enough to keep them together, though. These two may learn a few lessons from one another, only to end up leaving their relationship behind.

A Capricorn-Sagittarius friendship isn’t impossible, but these two don’t usually end up being very close.

Capricorn and Sagittarius are very different people, and they have differing opinions on what it means to be a good friend.

Capricorn is highly reliable. They expect their friends to be reliable as well. If Capricorn makes plans with someone, they expect them to follow through with those plans and be on time.

Sagittarius is not reliable. They’re not entirely flakey, but they aren’t punctual either. Sagittarius might cancel plans last minute if something more exciting comes up too.

Sagittarius doesn’t see any problem with this either. They can be pretty laid back, so they don’t usually get upset about it if someone cancels on them. They are spontaneous and can easily find something else to do!

Capricorn has a huge problem when their Sagittarius friend is unreliable, though. They’ll feel like Sagittarius doesn’t respect them if they can’t bother to be on time or if they constantly cancel plans.

Sagittarians consider themselves loyal friends, but Capricorn likely won’t think they are! These two have different ideas of what loyalty means.

Capricorn is great at remembering birthdays and other important dates. They’ll be the first to show up at your party and the first to offer help when you’re moving.

You can count on Capricorn to do what they say they will. You can’t always say the same for Sagittarius, though.

Sagittarius forgets important dates sometimes. They show up places late and might back out of helping you move because they stayed out late partying last night.

If a friend is genuinely having a crisis, though, Sagittarius will be there. Sagittarius thinks they are loyal because they will always be there when it counts.

If these two are friends, they usually just need to accept that they have different natures and opinions about what constitutes a good friend.

Overall, these two usually end up being casual friends. Capricorn will accept that they can’t always rely on Sagittarius. Sagittarius will show up to catch up with their Capricorn friend from time to time, but that’s about it.

Capricorn and Sagittarius’ relationship can be an uphill battle. Sometimes, these two are initially attracted to one another because opposites attract. That attraction won’t usually last, though.

Sagittarius and Capricorn have the potential to learn from one another. They can figure out how to compromise or adjust their expectations for a relationship if they genuinely want to be together.

Their attraction doesn’t turn into enough of a bond to fight for their relationship most of the time. They will likely just cut their losses and move on.

Sagittarius and Capricorn can both be pragmatic when it comes to relationships. If something genuinely isn’t working and they don’t think they’ll be able to make it work, they’re fine breaking up.

A relationship with Sagittarius won’t be entirely bad for a Capricorn. They can learn some things from Sagittarius if they’re willing.

Sagittarius is wild and exciting. They can teach Capricorn how to loosen up, but Sagittarius can sometimes be too overwhelming for Capricorn to feel comfortable doing that.

A relationship with Capricorn can teach Sagittarius some valuable lessons. Again, Sagittarius just has to be willing to learn them.

Sometimes, Sagittarius can be overly reckless and impulsive. Some Sagittarians are a bit too spontaneous for their own good. Capricorn could potentially help Sagittarius to see where their limits are.

If these two end up in a relationship and want to make it work, they will eventually need to accept their differences and learn from one another. Capricorn can learn to have more fun. Sagittarius can learn to be more down-to-earth.

One thing these two have in common is that they are both direct. Neither wants to look for the hidden meaning behind the words and actions of other people. If there is a problem in their relationship, they are likely to quickly bring it up to one another.

Communication is not often a problem with Sagittarius and Capricorn. They can easily talk to one another and find things to discuss. That isn’t always enough to make their relationship work.

A Capricorn-Sagittarius marriage isn’t likely to happen, but nothing is impossible.

Marriage doesn’t always work out between these two because they have different values. They want different things in life. Those things aren’t always compatible enough for them to stay together.

Capricorn’s compatibility is higher with someone they can have a stable relationship with. Capricorn is fine being the one to provide that sense of stability, but they need a partner who will let them.

When Capricorn settles down with someone, they often have a particular idea of what their marriage will look like. Capricorn enjoys routine. They want financial stability and a partner who they can rely on.

Sagittarius’ compatibility is higher with someone who understands their need for independence and freedom. Sagittarius is constantly on the go and doesn’t want someone who will tie them down.

Capricorn is also highly independent, so they will never try to take away Sagittarius’ independence. They likely will enjoy having a spouse who isn’t overly clingy, as Capricorn can be a workaholic and will likely be away from home often.

However, Capricorn’s need for stability can feel stifling to Sagittarius. Sagittarius might want to be financially stable, but that’s because they like having the funds necessary to travel around and do whatever they want all the time.

Sagittarius won’t want to buy a house together and stay in the same place once they get married. They’ll get bored!

Compromise is needed if these two want to make a marriage work. Even if they can compromise, though, that doesn’t mean things will be perfect.

If Sagittarius is always running off on adventures without Capricorn and Capricorn is constantly spending time at the office, these two will never have time to spend together.

These two often end up drifting apart unless they make an effort to bond and spend time with one another. Capricorn might need to run off on a few adventures. Sagittarius may need to learn how to make plans and stick to them.

Capricorn and Sagittarius can make a marriage work. They both just have to want it! If either one of them isn’t all-in, the marriage will fail.

Sagittarius and Capricorn’s compatibility in the bedroom tends to be low. They might be sexually attracted to one another at first, but that attraction tends to fade.

These two signs have very different sexual styles. Capricorn has the potential to be a sensual, caring lover, but they need a partner who will bring out that side in them.

Sagittarius usually moves far too quickly for Capricorn. Capricorn can be repressed at times, and they tend to take things slowly. It takes them a while to become comfortable with sexual intimacy.

Capricorn’s practical nature might be interesting to Sagittarius at first. They might find it fun trying to get Capricorn out of their shell.

Sagittarius usually isn’t the person who can get Capricorn to loosen up during sex. Capricorn needs a lover who is patient and compassionate. They need someone who won’t judge them or push them to do anything they aren’t ready for.

Unfortunately, Sagittarius can be very impatient! They can respect boundaries, but if Capricorn doesn’t pick up the pace, Sagittarius will likely grow bored of them.

Capricorn will feel disrespected if Sagittarius is ever too pushy. That will cause them to retreat and repress themselves further.

This sexual relationship can only work if Sagittarius learns to be more patient and understanding. Capricorn needs to be allowed to go at their own pace if Sagittarius wants a satisfying sexual experience with them.

Even if sex is good at first, these two can sometimes end up butting heads over one thing or another. That will often spoil the mood for both of them and ruin their sexual connection.