Aquarius and Capricorn • Compatibility in Love, Sex, and More 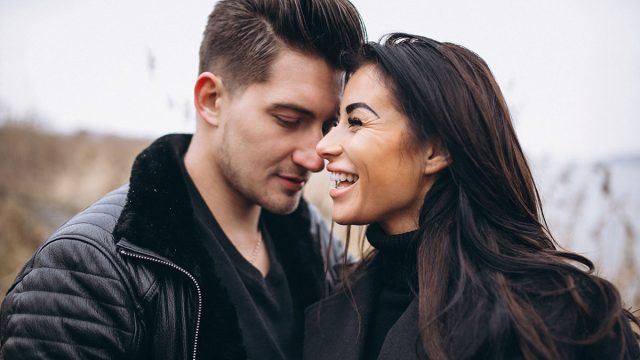 Aquarius and Capricorn can have high sexual compatibility, though they don’t always end up as long-term romantic partners.

These two might have an initial attraction, but their relationship will take some work if they want it to be a long-term one.

Aquarius and Capricorn’s main problem in a relationship is that Capricorn needs to be in control, and Aquarius will not give up their control and independence for anybody.

These two might be drawn to one another right away. Aquarius might be intrigued by Capricorn’s calm, reserved nature. Aquarius’ intellectual, practical nature will attract Capricorn.

Once they get to know one another better, Capricorn and Aquarius will see that they have some key differences. If they want to make a relationship work, they can definitely work past these.

Are Aquarius and Capricorn compatible? Some of them are more compatible as friends than as lovers. Their differences won’t be a huge problem if these two aren’t cohabitating or trying to have a life together.

Some of the issues an Aquarius and Capricorn might have in a romantic relationship won’t apply in a platonic relationship. For example, an Aquarius will never feel like a Capricorn is overly controlling when it comes to finances because they won’t be sharing finances.

Aquarius and Capricorn often enjoy one another’s company because these two are both intellectual. They might not always have the same interests, but they know that they can rely on each other to have an intelligent discussion with them.

These two signs have a strong intellectual bond. Neither is looking for the other to be someone they can discuss their feelings with. This might make the friendship seem superficial to some people, but it works for Aquarius and Capricorn.

A Capricorn might become frustrated with the flaky nature of their Aquarius friend, but it won’t be as big a deal as it would be if they were in a relationship.

Capricorns will be irritated if their Aquarius friend shows up late to hang out with them, but it won’t bother them as much as having an Aquarius partner who constantly changes plans or arrives late to things.

An Aquarius will always know that they can ask their Capricorn friend if they need solid, unbiased advice. A Capricorn will not sugar-coat things or go easy on Aquarius just because they are friends. Aquarius appreciates that.

These two might not always have a lot of shared interests, but that won’t necessarily be a problem. Aquarius will likely have other friends they can go to parties with when Capricorn doesn’t feel like going out.

Sometimes, these two can also have an excellent friendship because of the things they can teach one another. Aquarius can teach Capricorn how to let loose and have more fun. Capricorn can ground Aquarius and teach them how to be a little more timely.

A relationship with Aquarius can sometimes be frustrating for a Capricorn. Aquarius is not always as reliable as a Capricorn would like. They also do not want to stick to the strict plans that Capricorn tends to make.

Capricorn often plans date night down to the second. Capricorn is the type to make a reservation, and they will almost always show up early. On the other hand, Aquarius is a bit more flexible with plans.

Aquarius might still be getting ready when Capricorn is ready to leave. This will stress a Capricorn out! Aquarius won’t often see the problem, either. They might insist that it’s okay to be a little late or even suggest changing their plans and pushing their reservation back.

A relationship with Capricorn will be equally frustrating for an Aquarius. They might feel like Capricorn is too controlling, and they do not have the patience for a relationship where their partner tries to control them.

When Capricorn insists on being punctual, Aquarius may push back. Aquarius might even be late on purpose, just to be contrary. They will do whatever they can to show Capricorn that they can’t control them.

An Aquarius and Capricorn relationship isn’t impossible, though! Both of these signs are extremely honest. Capricorn and Aquarius both know that they can always trust the other to tell the truth, and this can strengthen their relationship.

Another nice thing about a Capricorn and Aquarius relationship is that Aquarius will never be mad if Capricorn has to work more than usual. Aquarius is highly independent and won’t mind if they don’t see their Capricorn partner for a few days.

These two signs can make a relationship work if they want to. Both can be stubborn in their own ways, and if they use their stubborn nature to double down and focus on the relationship, they can build something great together.

Marriage is one area where Capricorn and Aquarius won’t always succeed. That isn’t to say that a marriage between these two is impossible. They might have to work harder to make one function.

The Aquarius personality can be far too unconventional for traditional Capricorn. These two aren’t always compatible in a marriage because of their differing views of what a marriage should be.

Capricorn’s compatibility with Aquarius isn’t always high. These two often have such different views on marriage that they can’t reach a reasonable compromise.

Aquarius women are highly independent. Aquarius is also a rebellious, unconventional sign. An Aquarius woman will have no desire to be a traditional wife and will be insulted if her Capricorn husband suggests she be one.

An Aquarius man and Capricorn woman’s compatibility in marriage might be higher. This is because Capricorn women are very hardworking and driven. They often won’t desire traditional gender roles, and Aquarius will be perfectly happy with that.

A Capricorn woman will still want a traditional marriage in some ways, though. She will likely want a monogamous, closed marriage. She might also have specific ideas about how she wants to raise children if she and her Aquarius husband want a family.

Traditional marriages are often not what Aquarius wants at all. Many of them are perfectly capable of having monogamous marriages, of course, but not all want that.

If an Aquarius wants an open marriage or wants to be able to explore now and then, that might be a problem for Capricorn. This isn’t always something these two can compromise on either.

An Aquarius who wants a more unconventional marriage might have to sacrifice their desires and go along with Capricorn’s desire for a traditional marriage. Either that or Capricorn gives in to what Aquarius wants. That can make both of them unhappy.

Aquarius’ compatibility with Capricorn in bed is high in some respects and extremely low in others.

Both of these signs can have a more detached sexual relationship. They don’t necessarily need emotional intimacy or a romantic connection to have a good time in bed together.

Sex is fun for both Aquarius and Capricorn. Neither one of them will be offended by the unemotional nature of their partner during sex.

Aquarius and Capricorn aren’t perfect for one another in bed, though. They might have fun at first, but they will eventually discover that they have some significant differences in how they have sex.

The Capricorn personality isn’t always exciting enough for Aquarius. Aquarius can be extremely wild in bed. They are open-minded and love to try new things.

Capricorn might be willing to try new things with Aquarius, but they will want to think about things first. They are not as spontaneous in bed as Aquarius is. If an Aquarius suggests something, Capricorn might want to look into it first, rather than trying it out immediately.

Aquarius might become dissatisfied without a sense of spontaneity in bed. They may feel like Capricorn over plans or overthinks things. An Aquarius will often go with the flow in bed, but that’s not how Capricorn does things.

An Aquarius and Capricorn in a long-term relationship might find that they have differing views on what their sexual relationship should be as well.

Aquarius might desire multiple partners, while Capricorn wants to be exclusive. One or the other will have to go along with what the other one wants because there is no compromise between monogamy vs. polyamory.

Emotional intimacy will also always be a problem for Aquarius and Capricorn. If they only have a physical relationship, that won’t necessarily bother them. If they have a long-term romantic relationship, it can make things difficult.

A relationship based only on sex won’t always be fulfilling, even for emotionally detached signs like Aquarius and Capricorn.

Both Capricorn and Aquarius often thrive in relationships with a partner who can help them open up more. These two might be compatible in bed, but they need more if they want a relationship beyond just sex.