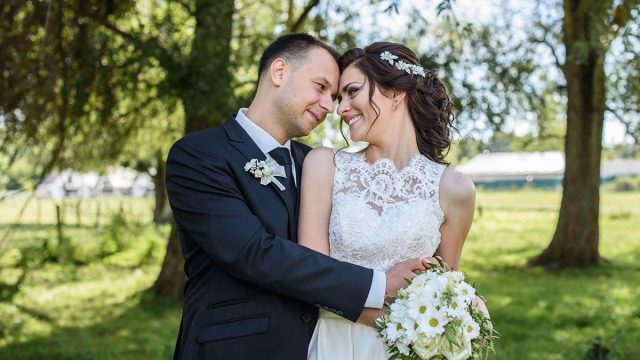 You can’t make an Aquarius man commit if he’s not ready. All you can do is be patient and show him that you’re someone worth committing to!

Aquarius men are sometimes slow to commit. Just go at his pace if you want a chance with him.

You need to be patient if you want an Aquarius man to commit to you. He loves his freedom, so if he feels you’re trying to rush or control him, he’s likely to run off.

Aquarius men also get bored easily. You need to show him that you can keep him interested for years to come! Be passionate and ambitious, and show off your intelligence to him.

Most of all, you should be his best friend. Aquarius men are more likely to commit to romantic partners they are strongly bonded to.

If you want to make an Aquarius man commit, you should play it cool. You must be independent because he’ll run off if you’re too clingy.

One of the signs Aquarius man is ready to commit is that he’ll want to spend more time with you. He will make a point of scheduling date nights and try to spend quality time with you.

No matter how much he loves you, though, an Aquarius man will not spend all his time with you. He’s got too much going on to do that!

Show him your independence if you want him to commit to you. He needs to know that you’ll be fine by yourself if he needs to work on something, go out with friends, or just be by himself.

2. Show Off Your Intelligence

Aquarius men are often brilliant, even if some of them are intelligent in more eccentric ways. They often enjoy relationships with people who can keep them intellectually stimulated.

Show off your intelligence if you want to keep your Aquarius man around. If he thinks you’re boring or not stimulating enough, he won’t want to commit.

An Aquarius man isn’t looking for someone who knows all the same things he does. It’s usually better if you’re intelligent in a different way than he is!

Whether you’re an expert in one area or have a little knowledge about a lot of things, show that off!

Engage your Aquarius man in interesting, intelligent conversations. Show him that you can keep up with him, and he’ll want to keep you around.

Aquarius men are often attracted to ambitious people. Aquarius men tend to be ambitious, though not necessarily when it comes to their careers.

Aquarius men want to change the world. Their ambitions and goals are all about making the world a better place.

You can get your Aquarius man to commit by showing him that you have similar ambitions!

When your Aquarius man talks about wanting to change the world, join in on the conversation. Tell him about any ideas you have or offer feedback on his ideas.

If you’re a naturally ambitious person, use your ambition for good. Don’t just focus on yourself and your career. Focus on how you can make the world better using your skills.

When he knows that you’re just as ambitious as he is and that you can be an ally in his quest to change the world, your Aquarius man will want to commit to you.

This one weird trick is the only way to attract a Aquarius man.

Aquarius men get bored quickly. If he’s got you all figured out two seconds after meeting you, he might not want to stick around for very long!

Aquarius men love being around people who push them. If your Aquarius man seems like he’s in a creative rut, challenge him by setting up a creative competition with him.

Your Aquarius man will want to commit to you when he knows you’ll always offer a challenge when he needs it.

An Aquarius man doesn’t want someone who agrees with everything he says. He wants someone who challenges his ideas!

He doesn’t want someone who lets him get away with everything. He wants someone to call him out and push him to do better when he messes up.

5. Always Be Honest With Him

When an Aquarius man wants to marry you, he might start to test how well you two work together. Be genuine and honest, so he can see if you are truly the right one for him.

Be honest with your Aquarius man, or he won’t want to commit to you. If he’s constantly catching you in a lie, that will turn him off.

Be upfront about what your expectations for the relationship are. Be honest about what you want and what you’re willing to give your Aquarius man as well.

You might get a commitment by lying, but he’ll eventually figure out that you weren’t honest with him. If you have to lie about who you are to make him commit to you, it’s not worth it!

You can show your Aquarius man that you’re responsible and serious about the relationship without being boring. If he knows that you’re passionate, driven, and engaging, that will help keep him around.

Never let your relationship grow stale. Mix things up in the bedroom. Let your Aquarius man see your passionate side, even if you’re usually more reserved.

If you’re not passionate about your relationship or anything else, your Aquarius man will grow tired of you. You need to keep the fire alive.

7. Be Secure In Your Relationship

You need to be secure in your relationship with your Aquarius man, even if he doesn’t always live up to your expectations.

Aquarius men have a lot going on. They are social people who have a lot of hobbies. They’re also humanitarians and are often busy trying to change the world!

You can’t be jealous and insecure just because your Aquarius man isn’t spending every waking moment with you. If you get upset when he’s out with his friends or busy with something else, he won’t want to commit to you.

Be confident in your Aquarius man’s affections. If you aren’t and he’s genuinely in love with you, he might start to wonder why you can’t trust him.

8. Be His Best Friend

When an Aquarius man loves you, he’ll probably consider you one of his best friends. Aquarius men cannot be with someone long-term if they don’t have a strong friendship with them.

Establish an emotional connection with your Aquarius man. Show him that you two can just hang out and have fun together.

If your Aquarius man treats you more like a friend than a partner sometimes, that’s okay! That just means that he cares about you in multiple ways.

Let him know that you are his friend and you’ll be there for him the same way any other friend would. He’ll appreciate it, and it will help you two grow closer.

Your Aquarius man won’t want to commit to you if he doesn’t consider you a friend. No matter how much chemistry you two have, friendship is vital if you want a commitment from him.

An Aquarius man in love will take things at his own pace. If he’s ready to commit, he will. If he’s not ready yet, don’t rush him!

Your Aquarius man’s behavior might not always make sense to you. He may seem really into one minute and cold the next. Give him space when he needs it, and don’t rush things if you think he’s backing off.

If your Aquarius man feels like you’re rushing him or trying to control him, he’ll back off. He likes it when people can push him to be better. He doesn’t want you to disrespect his boundaries, though.

Aquarius men are not overly cautious. If he’s not ready for commitment, it’s for a reason! Give him the time he needs and show him you’re someone worth committing to.

Being patient with an Aquarius man is vital if you want him to commit to you. He won’t always commit immediately, so you might need to wait for him.

An Aquarius man is slow in love for many reasons. If he’s focused on work or another prior commitment, he might have trouble prioritizing a relationship until he can shift his focus.

Your Aquarius man might not always show love the way you want, and you need to be patient with him when it comes to that.

An Aquarius man’s love language is usually acts of service. He might show you he cares by doing extra chores when you’re stressed or running errands.

Look for the ways your Aquarius man shows love, not how you want him to show love. Be patient with him and try to see the best in him. That will help him commit to you.