What To Expect From Aquarius Men in Relationships? 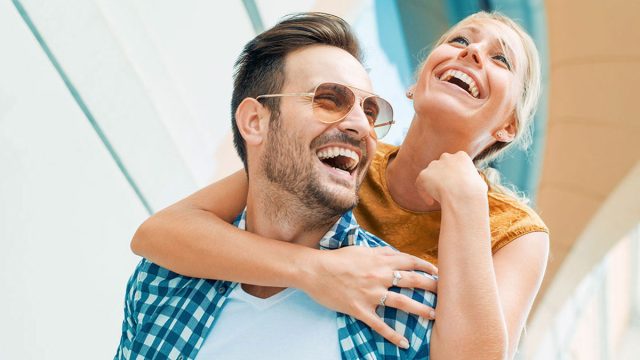 If you’re dating a guy born under the sign of the water bearer, you may want to know what to expect from an Aquarius man in a relationship.

You can use astrology to help predict how every sign thinks and behaves in relationships.

Knowing what to expect from your Aquarius guy can help strengthen your relationship and deepen your connection with him.

By learning more about his sign, you will find out everything you need to know about an Aquarius man in relationships.

They Move Slowly in Relationships

One of the most important things you need to understand about an Aquarius man in relationships is that he moves slowly when it comes to love.

Some signs fall in love quickly and can jump from one relationship to the next, but an Aquarius guy needs time to get to know someone.

If it feels like he is taking forever to commit to you or take your relationship to the next level, it’s because your Aquarius man is testing you and the relationship.

He likes to be certain that he has found the right person before he lets his guard down completely or makes any promises.

If you want to know how to beat an Aquarius man at his own game, you can’t rush him into taking the relationship more seriously.

He is stubborn and contrary, so if you try to pressure him into moving more quickly in love, you will only push him away.

Longing to win the heart of a Aquarius man? Put him under your spell...

Aquarius is one of the most independent signs of the zodiac, and an Aquarius guy adores his freedom.

He is perfectly content being alone, so it takes someone really special to make him settle down. It’s not that he wants to play the field so much as he wants to maintain his individualism.

His need for freedom is often why an Aquarius man pulls away when in love. He gets scared of the depth of his feelings, thinking that he’ll have to give up his freedom to pursue a real relationship.

If you want to know how to deal with an Aquarius man that is distancing himself from you, don’t ignore him but also don’t try to force yourself on him.

Give him some space to do his own thing, but make it clear that you’re not neglecting or punishing him. Tell him that you want him to have his freedom and that you need a little time to yourself, too.

One of the reasons that an Aquarius man cherishes his freedom so much is that he needs plenty of time to himself.

He does his best thinking when he’s alone, and while he’s not antisocial he is probably more introverted than extroverted.

What an Aquarius man needs in a woman is independence. He can’t be with a clingy partner because he’ll feel suffocated by her.

When your Aquarius guy tells you he wants a night to himself or that he’s going out with his friends alone, don’t take it personally.

Respect his independence and make plans with your girlfriends for the night. Your Aquarius man will be relieved and fall more deeply in love with you when he realizes that you’re not going to intrude on his alone time.

Although an Aquarius man struggles to commit and he needs plenty of time away from his partner, it’s important to recognize that he is a loyal friend and partner.

He doesn’t resist relationships because he wants to date lots of women at once, and he is unlikely to cheat if he’s in a committed relationship.

He cares about society as a whole, but he doesn’t have profound feelings for many individuals. He keeps a tight circle of close friends that he loves dearly.

He is extremely loyal and would do anything for the people he truly cares about. He will always have your back if you’re in a relationship with him because that’s how an Aquarius man acts when he likes you.

Aquarius is perhaps the most eccentric and unique sign of the zodiac. An Aquarius man is unlike anyone else you’ve ever met, and he’s not afraid to stand out from the crowd.

He is quirky and unique, and he never hides his bizarre and unusual side. If you’re dating an Aquarius guy, you’ve got to accept and encourage his idiosyncrasies instead of trying to quell them.

When he does something goofy or strange, don’t act embarrassed or confused. Laugh along with him and get used to his peculiarities.

You also don’t need to hide anything quirky or unusual about yourself because your Aquarius guy adores these parts of you.

If you have a unique scar, flaunt it instead of covering it up around your Aquarius man. If you have an embarrassing habit like biting your nails, tell him so you can laugh about it together.

Let him see your weird, funky side because it will only endear you to him and make him love you more.

They Struggle to Show Emotions

For an Aquarius man, expressing feelings is very difficult. He’s not in touch with his emotions and he’s uncomfortable with sharing his feelings.

He might not even know how to recognize his emotions, much less be able to verbalize them to anyone else, no matter how much he cares for them.

He thinks with his head instead of his heart, and he prefers facts and statistics over gut feelings and instincts.

He doesn’t like big, sappy displays of emotion, and he thinks that actions speak much louder than words.

For an Aquarius man, expressing love is just as difficult as expressing any other profound emotion, especially through words.

He struggles with both forming romantic emotional connections and expressing his feelings, making sharing his emotions extremely challenging.

Every zodiac sign has a different love language, and an Aquarius guy expresses his feelings best through his actions.

When he cares for you, he shows it by spending time with you, doing chores to make your life easier, and giving you gifts.

Don’t expect him to write you love letters or gush about how crazy he is for you, even if that’s exactly how he’s feeling.

When it comes to an Aquarius man, intimacy and emotions are expressed through his deeds more than his words.

They Need Excitement and Spontaneity

If you’re in a relationship with an Aquarius guy, you need to know how important excitement and spontaneity are to him.

He is unreliable for most people, meaning that it’s difficult to make plans with him or get him to promise anything. But when you’re in a relationship with him, he will be surprisingly reliable and dependable for you.

He needs to break free of the dull daily routine every once in a while. He thrives on structure, but having every minute of his life scheduled drives him crazy.

Help him feel free-spirited by encouraging his impulses and doing things on a whim with him. When you have dinner plans on a Friday night, ditch your restaurant reservations and turn the date into an impromptu, weekend-long getaway.

When he sees something he likes in a store window, urge him to splurge and buy it, or sneak back and get it to surprise him later.

Stop by his work during his lunch break to take him on a picnic or bring him his favorite takeout meal.

Surprises and spontaneous activities, no matter how great or small, will go a long way towards keeping your Aquarius man happy in the relationship.

One of the most important things you need to know about an Aquarius guy is that he is unconventional and will never want a traditional lifestyle.

He thinks for himself rather than following the crowd, and he likes being a little bit rebellious and unpredictable.

He’s not the type of person to get married and have children just because it’s what all of his peers are doing, and traditional jobs and schedules probably won’t work for him, either.

He is a unique guy who wants to live his life for himself, not according to anyone else’s plans or demands.

He doesn’t play by the rules, preferring to march to the beat of his own drum. He will create a life that works perfectly for him rather than conforming to society’s expectations.

If you want a man and a lifestyle that is just like everyone else’s, then an Aquarius guy is not the right person for you.

But if you want an unconventional guy and a unique way of living, then an Aquarius man can help you make your dreams come true.