Aries and Aries • Compatibility in Love, Sex, and More 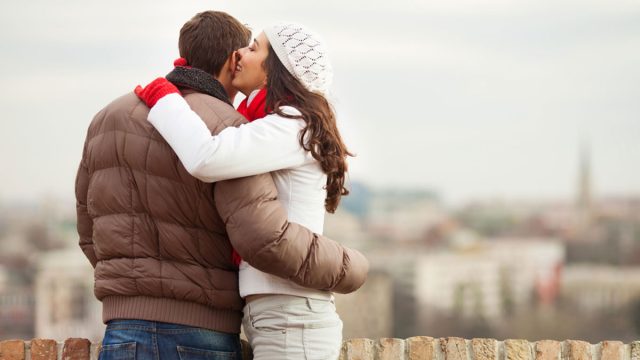 You might think an Aries and Aries relationship would be perfect, but that’s not always the case.

Aries has a strong personality. That means that when two Aries people get together, it can be explosive! These two might find themselves fighting for dominance.

Two Aries people might understand one another in ways other signs don’t, but that doesn’t mean they will always get along. These two can easily get a rise out of one another.

Two stubborn, controlling Aries people will have difficulty forming a loving relationship. When neither is willing to back down or compromise, the relationship will go nowhere.

Aries people can only be a good match for one another when they learn to calm down and compromise. They need to figure out how to bring out the passion in one another, not the aggression.

An Aries woman and Aries man’s compatibility in friendship is sometimes better than when these two try to have a romantic relationship.

Some of the issues two Aries people have in a romantic relationship won’t come up in a friendship. Two Aries friends can have fun together without worrying about any emotional baggage or incompatibilities.

If two Aries people have a strictly platonic relationship, they will not become frustrated by constantly fighting for dominance in bed or arguing over household chores.

Too much competition in a romantic relationship can cause problems. Friendly competition, however, won’t always be a problem for two Aries people.

An Aries will have a great time constantly competing with a friend who understands their desire to win. Few people in this world are as competitive as an Aries.

Some Aries pairs have a friendship based entirely on competing with one another. That might not be the basis of a great marriage, but it certainly works in some friendships.

An Aries and Aries friendship can be wild. When these two get together for a night on the town, watch out!

Two Aries friends will encourage one another, for better or worse. They might become even more impulsive than they usually are, just because neither of them will tell the other one no or back down from a challenge.

For example, two Aries friends might drink way more together than they would when apart. They might be more reckless when they are with one another. Both can quickly become out of control if nobody is there to keep the peace.

This gets Aries pairs in trouble, of course. Neither will back down or be the one to stop the fun by suggesting they calm down.

An Aries friendship isn’t always a disaster, though. These two can also push one another in the best of ways. Two Aries make great gym buddies for one another. They can encourage one another and have a great time doing it.

If two Aries friends fight, it can be explosive. Most of the time, though, Aries will just walk away and spend time with a different friend if they feel frustrated with their Aries pal.

Aries has an explosive temper at times. Aries is impulsive, stubborn, and selfish at times. When two people with these traits are in a relationship, that can result in many fights.

Aries often thrives in relationships with signs who are more patient or calm. If Aries is on the verge of exploding, it sometimes helps to have someone around who can take them down. Impulsive Aries sometimes needs someone else to be rational for them.

Two aggressive Aries people in a relationship will need to learn how to disagree without making everything a huge argument. They will need to realize that not everything has to be a war.

Fortunately, Aries doesn’t hold grudges. Even if two Aries partners constantly fight, that doesn’t necessarily mean they never get along. Once an argument is over and they’ve calmed down, that will be the end of it.

An Aries and Aries relationship working out long-term isn’t impossible. It just requires a lot of work from both sides.

Dating Aries is often a lesson in patience. Both Aries partners will have to learn how to be more patient very quickly if they want to have a successful relationship.

An Aries’ relationship with someone might be more successful if the other person is patient, compassionate, and able to be vulnerable. Aries often needs to learn those traits from other people. It can be challenging to learn them from another Aries.

On the positive side, two Aries partners can push one another to be the best possible versions of themselves.

A little friendly competition in a relationship isn’t a bad thing. If two Aries can learn to calm down when needed and push each other when necessary, they can have a successful relationship.

An Aries will never fault their partner for being ambitious. They will understand when their partner needs to work a little more or focus on something else so they can achieve their goals.

An Aries man and Aries woman’s relationship might be passionate, but it sometimes lacks emotional intimacy. This can make marriage very difficult.

The problem is not that Aries people are not emotional. They are! They are also prideful. It can be difficult for them to show their weak side to another person, especially if that person is also refusing to show any weakness or vulnerability.

Aries usually benefits from having a partner who is more emotionally open than they are. They won’t necessarily get that if they are married to another Aries.

Aries is excellent at expressing passion, joy, and even anger. They aren’t the best at expressing sadness or fear. Two Aries will need to work together and encourage each other to be emotionally open if they want to build a connection.

Independence is one of the benefits of an Aries-Aries marriage. Aries does not like clingy partners, and another Aries isn’t likely to become overly clingy.

Shared ambition is another benefit of a marriage between two Aries people. If these two have shared goals, they will become unstoppable!

Aries is a hardworking sign. They constantly push themselves to be better and to achieve their goals. Having a partner who understands this can be highly beneficial.

On the other hand, Aries is also a highly stubborn sign. Aries is impatient as well. They might not always be willing to wait around for their dreams to become a reality. Having an equally impatient partner can exacerbate that trait.

The Aries personality is highly passionate and dedicated. Aries people can make great partners to any zodiac sign, even other Aries people. Both partners just need to work to make the relationship successful.

The good thing is that when Aries is committed to something, they take it seriously. Both Aries partners are likely to remain loyal to one another. They know how to be honest and faithful, even if they don’t always know how to be emotionally vulnerable.

An Aries man and an Aries woman’s compatibility in bed isn’t as high as you might think. These two can be a little too similar when it comes to sexual preferences.

An Aries man will become frustrated if his Aries woman partner is constantly fighting him for dominance and never giving in. Aries might like powerplay, but they expect that eventually, someone will back down. That won’t always happen with two Aries people.

Constantly fighting for dominance might be fun at first, but it may get tiring after a while. Two Aries partners will have to learn how to switch it up in bed and take turns being the dominant one.

Aries’ compatibility with another Aries will also vary depending on the exact sexual preferences of each Aries. Aries is often up for experimenting, but they also tend to have a few specific things they like.

For example, an Aries woman might be firmly against a particular position in bed because she hasn’t enjoyed it in the past. She won’t care if this is the preferred position of her Aries man.

Aries can sometimes be selfish in bed. If an Aries woman wants one thing and an Aries man wants something else entirely, these two won’t always be able to compromise. They will both just fight to get what they want.

These two won’t always be focused on the pleasure of the other. Sex between two Aries people can sometimes seem disjointed and disconnected. It sometimes seems like they are having sex with themselves, not with each other.

Of course, when two Aries see eye-to-eye in bed, the sex can be great. These two bring a lot of passion to the bedroom, and when they agree on something, they’ll be able to successfully satisfy one another.

Overall, two Aries people might make sex a competition. That can be fun at certain times and frustrating at others.

The main thing Aries has to learn in bed is how to listen to their partner and how to compromise. The goal is to ensure both partners are satisfied, and Aries sometimes forgets that.