Aries and Taurus • Compatibility in Love, Sex, and More 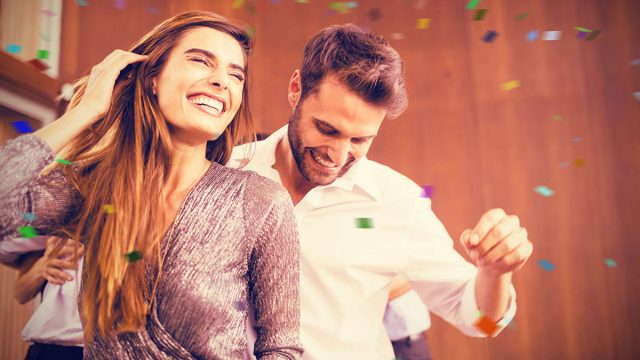 Aries and Taurus are complete opposites in some ways, yet they share enough similarities to make a relationship work.

Both Taurus and Aries are stubborn and hard-working. If they genuinely want to be together, they can overcome any incompatibilities.

Mars rules Aries, while Venus rules Taurus. This means that these two signs can have very different energies, especially regarding love and sex. This doesn’t mean they are incompatible, though!

These two signs can be compatible, especially if they are willing to learn from one another and work through any seemingly incompatible differences.

An Aries-Taurus friendship can seem odd at times. These two don’t immediately seem like they would be best friends.

Taurus and Aries can be friends because they balance one another out well. If they can embrace their differences, these two can be great friends.

Aries is fun-loving and wild. Many Aries people enjoy going to parties and having as many adventures as possible. Aries is the friend who is constantly trying to get you to try something new with them.

Taurus isn’t known for being wild. They prefer quiet evenings with their close friends. They might like a nice dinner party, but a raging house party or nightclub isn’t often their idea of fun.

Aries is a lot more extroverted than Taurus as well. Taurus sometimes has trouble making friends in the first place because they aren’t always good at going out and meeting people.

Luckily for Taurus, Aries is often great at getting others out of their shells. If Aries wants their Taurus friend to do something with them, they can usually convince them to tag along.

Aries can often get their Taurus friend to try things they wouldn’t otherwise. They can show Taurus the world in a way they don’t usually see because of this.

In return, Taurus is often great at helping their Aries friend relax.

Aries doesn’t always take the time to slow down, even if they’ve been running on empty. Taurus is good at helping their Aries friend take some time for themselves, so they don’t completely burn out.

Taurus and Aries often stay friends for life because they are both highly independent and won’t expect too much from one another.

An Aries won’t be offended if their Taurus friend doesn’t want to hang out constantly. Taurus won’t mind if Aries forgets to respond to a few texts.

Overall, these two provide a lot of balance for one another. They can be good friends because of their differences, not in spite of them.

Are Taurus and Aries compatible? They can be! However, to have a lasting relationship, these two sometimes have to work past first impressions.

Aries and Taurus are surprisingly similar in many ways. These two just don’t always see those similarities.

Dating Taurus might seem boring to Aries at first. To have a long-lasting relationship, they often need to work past any initial misgivings.

Taurus craves stability. They tend to like routine and feel better when they are doing things they already know they like. They can quickly get comfortable doing the same thing over and over again.

On the other hand, Aries rejects a lot of the things that feel stable to Taurus. They prefer mixing things up to doing the same repeatedly, no matter how comfortable that thing might be.

Dating Aries can be either exciting or frustrating for a Taurus. A Taurus who is more open to spontaneity and getting out of their comfort zone will have fun with Aries.

A Taurus who wants to stay in their comfort zone might feel like Aries is too much for them. The success of an Aries-Taurus relationship often depends on how flexible both people are at the time.

How are these two similar? Both Aries and Taurus are hard-working and ambitious. They just go about achieving their goals in different ways.

As a fire sign, Aries is far more action-oriented. They are good at getting things started, but they don’t always have a plan.

Taurus is great at coming up with plans! They are also far more patient than Aries is.

When these two come together in a relationship, they can easily achieve anything they want. Aries and Taurus can do great things when they learn how to combine their ambitions.

An Aries man and Taurus woman’s compatibility will be higher if he can learn how to listen to her advice and incorporate a little more routine into his life.

She, in turn, should open up a little more and let her Aries man be impulsive sometimes. There are times when it’s better to stick to a plan and times when it’s okay to let loose and do whatever feels good at the moment.

Are Aries and Taurus compatible enough to get married? Taurus and Aries often need to work through some of their issues first to have a long-lasting marriage.

Taurus’ compatibility with someone is often higher if that person can give them the stability they crave. This is where Aries-Taurus couples tend to run into trouble.

Aries is not the most stable sign. They act first and think about it later. They also don’t like routine the same way Taurus does.

If a relationship with Aries is too intense for a Taurus, marriage won’t fix that! Taurus will need to accept their Aries partner’s impulsive ways or move on to someone more stable.

These two can have a happy marriage, though. They play off one another well, and if they can learn to balance the differences in their personalities, they can make things work out.

Aries’ compatibility in marriage is much higher when they can trust the person they’re married to. Luckily, Taurus is a very trustworthy sign!

Aries sometimes gets a reputation for being a cheater, but Aries is a trustworthy and loyal sign. Aries is perfectly capable of being faithful to Taurus, and that can sometimes be enough “stability” to make the relationship work.

Taurus and Aries are also both stubborn. This can be either a positive or negative thing for their relationship, depending on how you look at it.

If Aries and Taurus get married, they will likely work hard to make the marriage successful. At times, they might have problems, but neither will want their relationship to fail because of a few differences.

Of course, the stubborn nature of both of them can cause arguments. It can be difficult for both of these signs to back down, so they often need to learn how to compromise more and fight less.

A Taurus man and Aries woman’s compatibility in bed can be hit or miss. Both love sex, but they have sex in very different ways.

Taurus is all about the sensual experiences involved with having sex. They want to be satisfied, but they aren’t in any rush to finish. Sex with a Taurus is often slow and gentle.

Sex with Aries is rarely slow and gentle! Aries is passionate and intense. This is true for both Aries men and Aries women. They like quick-paced sex.

An Aries woman might find sex with a Taurus man dull. He might be trying to show her a good time and make things last, but she’s waiting for him to pick up the pace.

All Aries people like to mix things up during sex. They like to try new things and will quickly become bored if their partner always wants to do the same things every time they have sex.

Taurus can try new things, but they can sometimes be hesitant. They easily get comfortable with certain things and prefer to stick with positions, kinks, etc., that they already know they like.

Taurus and Aries’ compatibility in bed can be higher if they learn how to compromise and combine their different sexual preferences.

Taurus wants to please their partner. They will not be satisfied if their partner isn’t satisfied. For Taurus, sex is a shared experience, and there’s no point in doing something together if one partner leaves feeling unsatisfied.

Taurus might be willing to try new things if they think it will make their Aries partner happy. They won’t be open to everything, but they will gladly share a few new experiences with a partner they are entirely comfortable with.

Aries can learn how to slow down a little bit. Sex doesn’t have to be rushed! Taurus will gladly show Aries a good time if Aries is willing to relax and enjoy the experience.

Taurus can show Aries that sex is about the entire experience, not just getting to the finish line. Aries can show Taurus how to be a little wilder and incorporate new things into their sex life.