Libra and Libra • Compatibility in Love, Sex, and More 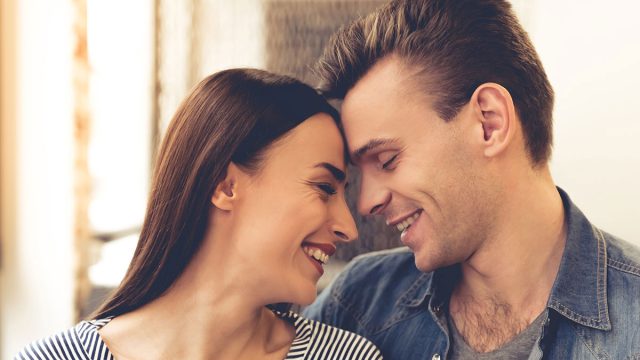 The Libra-Libra relationship has the potential to be a balanced and harmonious one. Libras understand one another in ways other signs don’t.

This couple won’t be perfect. They may fight or be too similar at times. However, they can make things work if they are dedicated to their relationship.

Libra is a sign that’s very focused on relationships. When two Libras get together, they will be devoted to building and maintaining their relationship.

Whether they are friends or lovers, Libras understand one another. They will typically be able to work through their issues as long as both partners are willing to.

Libra’s compatibility with other Libras tends to be high. These two understand one another due to being the same sign, but they don’t always rub each other the wrong way as other pairs of the same sign can.

Two Leos might find themselves in constant competition with one another. Two Virgos will push each other’s buttons with their constant criticism. Two Libras will bask in each other’s presence, though!

The Libra-Libra friendship can be a good one because Libra is a social butterfly who gets along with nearly anyone, so they will, of course, have no problem getting along with each other!

If someone is talking to one Libra friend, that Libra will likely drag the second Libra into the conversation.

Even if they don’t, that won’t be a problem! Libra doesn’t feel the need to dim the lights of others. They know they can shine just fine without doing so.

Two Libra friends are likely to be attached at the hip. They will quickly pick up on one another’s mannerisms and speech patterns.

It can be wild how alike they are sometimes, though that similarity is because Libras are known for mimicking the people around them.

The main problem in this friendship is that Libras tend to be followers. They love to party and try new things, but they can become lost if they don’t have someone else to guide them.

One of the Libra friends will usually have to take the initiative and lead the other when they hang out. That, or they will need a third friend to help them decide what to do!

The Libra-Libra relationship is a beautiful one. Even if two Libras don’t stay together forever, they will likely have a relationship that they look back on fondly years later.

A Libra man’s compatibility is higher with someone he can have a good conversation with. Libra can be emotional, but that’s not always how they connect with people!

Libra men love to talk. They enjoy debating and love being around people who will engage them in a friendly debate over current events.

A Libra woman’s compatibility is higher with someone who shares her love for justice and balance. She might hide some of her views to keep the peace, but she’ll let it be known when she cares about an issue!

The degree to which each Libra voices their genuine opinions varies. Libra will always know that they can share their true thoughts with another Libra, though.

Libra knows that they can trust another Libra when it matters. They might gossip about certain things, but a Libra will never spill all the secrets another Libra tells them.

Libras often have good relationships with one another because of their shared love language. There will be no misunderstandings when a Libra shows another Libra affection.

A Libra will show affection for their partner by planning an extravagant date for the two of them. They will gladly spend the whole day with their partner and feel loved when their partner makes time for them.

Some people might find Libra clingy or dramatic because of how they show love. Another Libra will completely understand the way they express themselves, though.

Some Libra couples may have trouble connecting emotionally at first because of the emotionally detached nature some Libras have. That likely won’t remain a problem forever, though.

Eventually, these two will start to share everything. When Libra bonds with someone, they want to show their emotional side! It exists. They just don’t show it to everyone.

The Libra-Libra marriage tends to be a good one. These two will face problems, just as any couple would, but those problems are unlikely to destroy the strong connection they share.

Libra’s personality is friendly, charming, and romantic. When you see a Libra couple together, you’ll instantly be able to see how much they love one another and enjoy being together.

A Libra man and a Libra woman’s compatibility in marriage is often high because these two understand one another and are capable of sharing a profound bond.

Libra loves to talk, but these two won’t always need to when they are together. If they wanted to, they could happily enjoy just sitting together and doing their own things. Their bond is beyond words sometimes.

These two have to be mindful of their ability to discuss issues in their relationship. Libra men and Libra women both tend to be non-confrontational.

A Libra man might try to just smooth things over with his Libra wife if he upsets her. A Libra woman may insist things are okay even when they aren’t just because she doesn’t want to disturb the peace.

If they want their marriage to reach its full potential, though, both Libra spouses need to learn how to address any issues they have with one another.

A lesson Libra needs to learn in life is that not all conflict is bad! Conflict can help them grow and learn.

Libra loves friendly debates, but genuine disagreements can be highly uncomfortable. They want everyone to be happy. They need to learn that they will be happier in the long run if they figure out how to confront their issues healthily.

Once a Libra man and woman learn how to tell each other when there is an issue, they’ll be able to move forward. Things will be smooth sailing from there when that hurdle is out of the way!

Overall, this will be a great marriage. Both spouses will genuinely enjoy being together. Once they learn how to address conflict, they will likely have no significant issues in their relationship.

Are Libra and Libra sexually compatible? They can be! These two sometimes have issues getting a sexual relationship started, though.

Many Libras love sex. Some of them just lack initiative in the bedroom. Libra can be an easygoing sign and may fall in line with what their partner wants.

If both partners are going with the flow and waiting for their partner to make a move, they’ll never get a sexual relationship going.

Libra tends to be a good lover because of their people-pleasing nature and their romantic, sensual approach to sex. Usually, once one Libra has expressed interest in having sex, that will be enough to get things started.

These two will usually have a great sex life despite any initial issues. They just need to learn that asking for what you want is okay!

Both Libra partners will be focused on pleasing one another, so they will likely leave every sexual encounter feeling satisfied. Libra isn’t the type to take and never give anything in return.

It likely won’t be an issue if two Libras don’t have all the same sexual preferences. Libra is open-minded and will be fine trying new things with their partner.

Libra sometimes enjoys having sex with other Libras because they have similar mindsets about sex. Libra can have sex without being in love, and they know how to separate the two things easily.

If they are in love, though, sex will be another way for two Libras to express that love to one another. If two Libras are having trouble connecting emotionally, connecting through sex may help them do that.

Overall, two Libras may have hurdles to overcome, but they can eventually have a great sex life. Neither partner will ever leave feeling unsatisfied when these two have sex together.