Aquarius and Libra • Compatibility in Love, Sex, and More 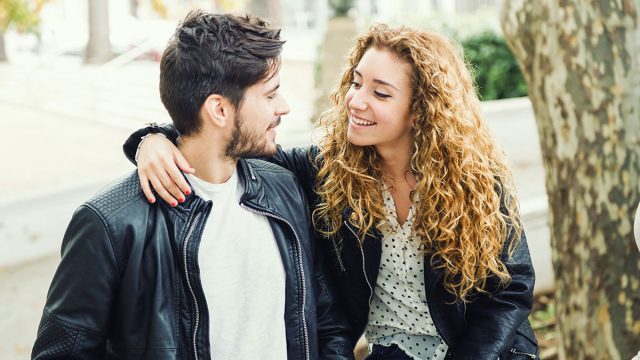 Aquarius and Libra are air signs, and signs with the same element generally get along quite nicely!

Libra and Aquarius are highly compatible in some areas. However, other areas will be a struggle for these two if they want to maintain a long-term relationship.

Sex is one area these two can connect, though it, of course, isn’t without its issues. Libra and Aquarius can also build a deep trust with one another, as they share many of the same insecurities and will know how to help each other through them.

These two can be opposites when it comes to decision-making. Aquarius is spontaneous in many ways, while Libra takes forever to make a decision.

These two are both great communicators, but that won’t help when they’re arguing about what decision to make. They often need to work through their personality clashes.

Friendship is one area where Libra and Aquarius often excel, even if the two can’t always form a last romantic relationship.

Air signs tend to have a lot in common because of their shared element. Libra and Aquarius are both intellectual people who are great at communicating. They tend to be good at going with the flow as well.

Libra is a sign that is all about justice, while Aquarius thrives on revolution and wants to make the world a better place. When these two sync up in the right way, they can make a huge change in the world around them!

Aquarius and Libra often have an easy time trusting one another. These two won’t always develop instant trust, but they can understand one another in ways other signs aren’t.

It’s easy for these two signs to build trust because they often have some of the same insecurities. They can understand each other on a deep level and listen to the other’s problems without judging.

For a good Libra compatibility, an Aquarius can learn how to communicate well, though that takes time. They are both good communicators. They just don’t always communicate in the same way.

Libra’s people-pleasing nature can help them better communicate with their Aquarius friend, but Aquarius may also find it frustrating! Aquarius is a unique individual and prides themselves on this.

Aquarius can, of course, help Libra to become more of their own person. Libra can also teach Aquarius how to resolve their problems in different, less confrontational ways.

One reason these two can sometimes have trouble going from a friendship to a relationship is their differing natures regarding independence. A Libra might not be a clingy friend, but they are definitely a clingy partner!

A relationship with Aquarius can be very satisfying for Libra in many ways, though it can be equally frustrating!

Libra will enjoy being in a relationship with someone who understands their need for justice in the world, even if Aquarius goes about achieving justice differently.

Many Libras also enjoy that their Aquarius partner won’t judge them. People-pleasing Libra sometimes falls into a trap where they are overly passive in relationships, but Aquarius won’t stand for that.

One thing many Libras don’t like about a relationship with Aquarius is an Aquarian’s overly independent nature.

When a Libra falls for someone, they want to be with that person all the time. They want to build a life together, establish a routine, and spend as much time with their person as possible.

Libras very much believe in soulmates, and they want to be with theirs all the time. A relationship with Libra might feel overwhelming or stifling at times for independent Aquarius.

Aquarius takes a long time to open up and develop a connection, even when they’re in a relationship. They also aren’t the type of person who wants to spend every waking moment with their partner, no matter how much they love them.

This is where Aquarius and Libra clash when trying to form a relationship. Aquarius will often want to go off and do their own thing, while romantic Libra will want to be together and form an intimate bond.

These two can overcome their differences. It just takes a lot of time and effort. Libra will need to learn how to be alone sometimes.

Aquarius will need to see that Libra isn’t being clingy. They are just expressing their love the only way they know how to.

Aquarius’ love language is often Acts of Service, while Libra’s is Quality Time. When these two can learn to understand one another’s love language and show love in the way the other one wants, they can build a stronger relationship.

A Libra and an Aquarius in bed can form a strong connection, though that won’t always be enough to build a long-term relationship.

The Aquarius personality isn’t always one that is compatible with traditional marriage. The Libra personality, on the other hand, is all about relationships and marriage, as Venus rules the sign.

An Aquarius man and Libra woman’s compatibility isn’t always high regarding the values these two signs have. That can make marriage difficult, though not impossible!

Aquarius and Libra sometimes have different ideas of what it means to be in a relationship. Libra is a very relationship-focused sign. Libras often want to spend a lot of quality time with their spouses.

Aquarius, on the other hand, is highly independent. Even if an Aquarius settles down and gets married, that doesn’t mean they want to be with their partner 24/7!

Aquarius is also likely to reject the idea of marriage entirely. Many Aquarians prefer non-traditional relationships.

Even if an Aquarius wants a monogamous relationship with their Libra partner, that doesn’t mean they’ll want to get married.

This can be a huge problem for Libra. Most Libras want to get married, as they feel marriage shows commitment in a way simply being in a long-term relationship doesn’t.

If a Libra does get their Aquarius partner to marry them, that doesn’t always mean things will be smooth sailing. Aquarius may still get bored unless Libra can loosen up and be more spontaneous.

One of Aquarius’ fears about marriage is often routine. Aquarius is spontaneous and rebellious. They want to go out and have fun! They want to fight against the status quo!

If Libra can’t let Aquarius be their independent self, the marriage won’t last.

On the other hand, the marriage is doomed if Aquarius can’t give up just a bit of their freedom and spend more time with their Libra spouse. Libra needs a reliable partner who will spend time with them and make an effort to show they care.

A Libra man and Aquarius woman’s compatibility in bed can be extremely high, depending on the exact preferences of each person in the couple.

Libra women are very romantic and enjoy a lot of intimacy in bed. Aquarius men are more passionate and less emotional, though they are charming enough to please a Libra woman in bed.

Aquarius compatibility with Libra in bed is often higher if Libra is willing to let loose with Aquarius. Libra is a people-pleaser by nature and can often get caught up in what others think about them.

On the other hand, Aquarius is all about sexual freedom and doing whatever they want! An Aquarius won’t be happy doing the same thing all the time, and they won’t be satisfied with Libra’s people-pleasing nature. They want Libra to get what they want too!

Libra definitely has a freaky side, though it can take a freaky Aquarius to let it out. Many Libras go through their lives more focused on others, so they don’t always unleash their wild side.

Once these two become comfortable together, Libra and Aquarius are likely to experiment in bed. Libra can be very creative, and Aquarius is often up for anything. They can come up with many new things to try between the two of them.

The emotionally detached nature of Aquarius might bother Libra at times, but it’s not the end of the world. As an air sign, Libra also understands that it can take a while to open up fully.

Until that happens, Libra will gladly continue experimenting with Aquarius and attempting to form a deeper bond. As these two try out new things and learn about one another, intimacy can develop between them.

An Aquarius and Libra relationship can be sexually satisfying. Aquarius can help Libra open up and find what truly satisfies them, while Libra can teach Aquarius to be more emotionally intimate during sex.