Risky Guide To Playing Mind Games With a Taurus Man 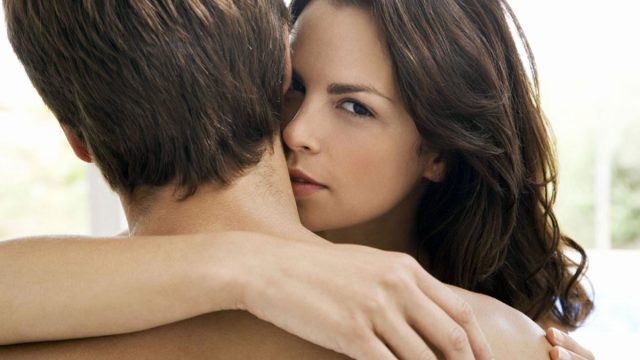 You can easily play mind games with a Taurus man. Be careful if he catches on, though!

The key to playing mind games with a Taurus man is making him feel unstable. Taurus men crave stability and security in their lives. Make him question everything. Keep him on his toes.

Taurus men are stubborn. They also like to be the dominant ones in a relationship. Compete with him and take control as often as possible. Never let him dominate or have control over a situation.

Be careful with your mind games. A Taurus man will stop trusting you if he ever figures out you’re playing with him on purpose.

Taurus men are incredibly stubborn. They are reluctant to change their minds and hate backing down from an argument.

If you want to beat a Taurus man at his own game, you need to be more stubborn than he is. Never back down. Never let him have his way.

Show him that you’ll never let him win an argument with you. Don’t give in to his demands.

This one weird trick is the only way to attract a Taurus man.

Make Everything A Competition

Taurus men may seem laid back most of the time, but they are one of the most competitive signs of the zodiac, right up there with Leo.

Taurus men usually like things to be easygoing in romantic relationships, though. If he is pursuing you romantically and you are constantly making things a competition, that will mess with him.

Challenge him when you two do hobbies together. He might think it’s fun at first, but he’ll get riled up if he loses!

You can make him compete against other men for your affections as well. If your Taurus man has been too slow when it comes to chasing you, this might make him pick up the pace.

Let him know that there are other men interested in you. Flirt with them. He may rise to the occasion and make a move, so he doesn’t lose out.

Take control of the situation if a Taurus man doesn’t initiate contact as often as you’d like. Show him that you’ll gladly take over if he’s ever falling short of your expectations.

Taurus men like to be in control. It makes them feel secure. Your Taurus man might feel out of his depth if you’re constantly handling a situation.

Make sure he knows that you’re taking control because you think he’s not handling things well too.

If you don’t like a date he planned for you two, tell him you’re planning something else. Handle all your own decisions and make sure he knows it’s because you don’t trust his decision-making skills.

Taking control is a good thing to do if your Taurus man ever becomes too controlling as well. Give him a taste of his own medicine. Show him what it’s like when somebody else tries to control everything you do.

Longing to win the heart of a Taurus man? Put him under your spell...

Taurus men enjoy being dominant in relationships. Your Taurus man most likely likes to be dominant in bed as well.

It will throw him off his balance if you never let him dominate.

Some Taurus men are very traditional and old-fashioned when it comes to relationships. They enjoy being the dominant partner and handling things.

Flip things on him, and you’ll mess with his head. When you two have sex, take over and be the dominant one for a change. Take over when it comes to handling finances or making important decisions.

If he usually likes to pursue you actively, ignore his attempts and pursue him instead. Be the one to chase him.

If he’s always staring at other women when you two are out together, you can get back at a Taurus man by trying to make him jealous as well.

Openly flirt with other men in front of him. If he asks you what you’re up to, say you’re hanging out with a male friend. Post pictures of you with other men on social media too.

Make sure he knows that there are other men in your life. It’ll mess with your Taurus man even more if you let him know that you find them attractive.

One way to know if a Taurus man is using you is to see if he gets jealous or not. He won’t care what you do with other men if he’s playing you.

It might be time to give up on a Taurus man if he doesn’t react to your attempts to make him jealous.

Is your Taurus man painfully distant? Rekindle your love.

A Taurus man wants to hear from his loved ones that they think he made the right decision. He likes his choices and opinions to be validated. He loves being right.

Call a Taurus man out when you think he’s wrong if you want to mess with his head. Make him question himself.

Even if you don’t care if he’s wrong or you’re not sure, tell him you think he’s wrong anyway. If he trusts your opinion, he might rethink his decision.

If he’s telling a story about something that happened, question his recount of events. Tell him that he got a few details wrong. Point out what happened.

You can debate his opinions as well. If he makes a statement about art, politics, or current events, tell him that you think he’s wrong.

Taurus men hate being wrong and they hate being called out on it even more! It might not even matter to you if he’s wrong about minor details or if his opinions aren’t well informed. Point it out anyway, and you’ll mess with his head.

Act Suspicious Of Him

If a Taurus man acts interested then disappears, he might be playing some games of his own. That’s one way he tests a woman. He wants to see how interested you are in him.

When he does this, act suspicious of him. Let him know that you noticed his behavior and you’re not questioning his intentions.

If a Taurus man is not responding to your messages, question where he is and what he’s doing. Let him know that you’re suspicious about his lack of response.

Act suspiciously anytime he talks to another woman, even if he’s not flirting or doing anything wrong.

Taurus men are pretty calm and composed most of the time. They are only impulsive when riled up.

Being around impulsive people can throw a Taurus man off balance. He prefers people who are stable and follow a routine.

Be spontaneous and impulsive if you want to mess with your Taurus man. Make financial decisions without consulting him first. Constantly go out on unplanned excursions or insist on taking him to a party at the last second.

Your impulsivity might bring out a Taurus man’s impulsive side, or it might just bother him. Some Taurus men enjoy living in luxury, but they try to plan things out most of the time.

If you’re constantly being impulsive, it might cause him to make some unplanned purchases or trips to the spa too.

If a Taurus man is ignoring you for no reason, one way you can get his attention is by doing something wild and unpredictable.

Taurus men like routine. They want to know what to expect from the people around them. Your Taurus man might think you’ll act a certain way if he’s quiet or when he ignores you. Don’t meet those expectations.

How does a Taurus man test a woman? One way he does this is by observing her. He wants to figure you out. Don’t allow him to do that.

Never react the same way to things in front of him. Be calm and rational sometimes and wild other times. Don’t let him pin you down.

If he expects you to make a particular decision when he consults you, make a different decision. When he asks your opinion about something, give him an answer that he’s not expecting.

Question Everything He Does

One of the signs a Taurus man is playing you is that he won’t try to impress you. He won’t care about your opinion of him. Your Taurus man will never include you in any decisions he makes either.

You can play mind games with him by questioning any decision he makes. Whether he asks your opinion or not, let him know that you aren’t sure about his choices.

Question him as often as you can. Ask him if he thinks he’s making the best choice. Tell him you’re not so sure after he’s already made a decision.

Do this about every little thing. Make judgmental comments about your Taurus man’s fashion choices.

Say you think he made a wrong choice when he picked the restaurant you two would eat at that night. This will all add up and mess with him.

Recommended Articles
10 Clear Signs a Taurus Man is Commitment-ReadyUnderstanding a Distant Taurus Man (Why? How To Fix?)
Hello, I'm Maria