Aquarius and Aquarius • Compatibility in Love, Sex, and More 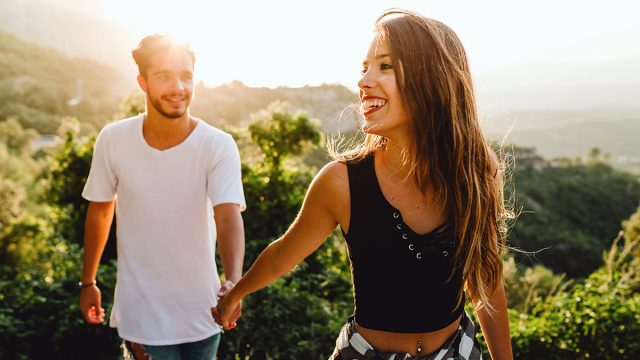 Aquarius and Aquarius compatibility can be hit or miss. You’d think two people of the same sign would understand one another well, but that isn’t always enough for a good relationship.

These two can work well, though two Aquarius people often end up as just friends rather than lovers.

Aquarians can understand one another in ways other signs just don’t. They might have similar communication styles, so they won’t need to learn how to communicate with one another.

Of course, similarities can cause just as many problems as differences. Two Aquarius people who are emotionally distant or overly independent might never be able to develop a genuine bond with one another.

An Aquarius’ compatibility with another Aquarius is often high when it comes to friendship. These two can make the best of friends!

Two Aquarius people are great at communicating with one another. They understand each other in a way that other signs just don’t.

Aquarius is an intellectual sign. Two Aquarians can often chat with one another for hours, exchanging opinions and witty remarks. This makes an excellent basis for a friendship.

Two Aquarians will often have similar interests. This is an outgoing and progressive sign. When two Aquarius friends get together, they can change the world!

Aquarius friends are often the type of people to go to protests together, plan fundraisers, volunteer, etc. An Aquarius who is friends with other Aquarius people will always know they have a group they can do humanitarian work with.

Trust is a vital element in any good friendship, and two Aquarius people often know that they can trust each other. An Aquarius will know that their fellow Aquarius friend can be relied on in the exact way they need.

Aquarius people are often highly independent. They usually have large social circles or even many smaller circles. Even if two Aquarians are best friends, neither will ever expect the other to spend all their time with them.

An Aquarius will always know that their Aquarius friend is still their friend, even if the two haven’t talked in a while. When they sync up, it will be as if they never spent any time apart!

Two Aquarius people who are friends know that they can rely on one another to give unbiased, logical advice. If one Aquarius needs an outside opinion about a situation, they will often go to another Aquarius.

The only problem with the friendship between two Aquarius people is that these two often enter into a romantic relationship, only to realize they are better off as just friends.

It isn’t the end of the world, but these two often have trouble staying in a romantic relationship.

There are areas where these two connect. They can understand one another in ways others can’t. For example, two Aquarius people are often great at communicating with one another.

On the other hand, sometimes two Aquarius people are too similar. They can’t balance one another out. The Aquarius personality is often emotionally detached, which is why these two aren’t always compatible.

A relationship with an Aquarius man might be unfulfilling for an Aquarius woman. She needs somebody who is more emotional than she is. She needs a partner who can help her open up and learn how to be vulnerable.

Dating an Aquarius is exciting for some people. More reserved signs might appreciate the wild, rebellious nature Aquarius has. Two Aquarians will appreciate this trait in one another, but it won’t necessarily be exciting always being with someone so similar.

Two Aquarius people who try to have a romantic relationship might realize that they are missing that romantic element. This might not always be a problem, though. Two Aquarius friends might be more than happy to stay in a relationship together anyway.

Two emotionally detached Aquarius people might have trouble maintaining a romantic relationship because neither of them will make an effort to develop emotional intimacy.

If neither partner pushes the other to be more open, they might not develop a deep enough connection to maintain a long-term relationship.

On the other hand, this detached relationship might work for two Aquarians. If they both have friends who encourage them to be more emotionally open, they might not feel the need to get emotional support from one another.

Jealousy is not often a problem in a relationship between two Aquarius people. They both love their freedom and will completely understand and respect their partner’s need for that same freedom.

Are Aquarius men and women compatible enough to get married to one another? They can be, but their marriage might not look like a traditional marriage.

Values are one thing that can cause problems in any relationship between two Aquarius people. Not every single Aquarius person has the same values or moral compass.

Aquarians are open-minded, but they have specific values they will not compromise on.

If these two have opposing values, they will never be able to see eye to eye on them. That will often lead to a marriage that is doomed to fail if they even get to that point.

Marriage might not always be successful between two Aquarius people if they want emotional intimacy in their marriage. An Aquarius man’s compatibility with someone is sometimes higher if they aren’t as emotionally detached as he is.

The same can be said for an Aquarius woman’s compatibility with someone she’s married to. Both Aquarius men and women aren’t always good at emotional intimacy, which is a must for a successful marriage for some people.

Unconventional marriages often work for two Aquarius people. Two Aquarius best friends might enter into a platonic marriage, for example. It might seem odd, but for these two, it may work.

An Aquarius couple might also have an open marriage. They may be far more content if they can go to other partners for the emotional depth that their relationship might be lacking.

Again, jealousy isn’t often a problem in a relationship between two Aquarians. They will be more than happy to take some time apart and do their own thing. Neither will be bothered by the fact that their spouse has other partners.

Marriage isn’t always important to an Aquarius person anyway. Many Aquarius people will have long-term relationships but never actually get married. An Aquarius won’t necessarily care if their Aquarius partner never wants to marry them.

Being with an Aquarius in bed is always an interesting experience. Aquarius can be a very adventurous sign in bed. This is a highly open-minded sign. Aquarius people are often willing to try things others might consider taboo.

There are very few things an Aquarius won’t at least consider doing in bed. Sex is another way they can break outside of societal conventions. Aquarius is a highly rebellious sign, and you can often see this in their sexual preferences.

An Aquarius man and Aquarius woman’s compatibility in bed is often very high. Not all signs are as open-minded or adventurous as an Aquarius. This is one area two Aquarius people can really, truly connect.

Even if they don’t necessarily have the same kinks, when an Aquarius is with another Aquarius, they won’t ever have to worry about being judged for their preferences.

Some Aquarius people prefer non-monogamy or other types of unconventional sexual relationships. When an Aquarius man is with an Aquarius woman, he can trust that she’ll usually be on the same page as him when it comes to sex.

An Aquarius does not have to explain to another Aquarius that they just want a sexual relationship with them. An Aquarius woman will never assume that her Aquarius man is in love with her just because they are having sex.

Nobody understands an Aquarian’s freedom-loving nature quite like another Aquarius. These two can connect in bed and have some of the most passionate, wild sex out there.

While two Aquarians might not always find a long-term romantic partner in one another, they can have a great time as friends with benefits. If these two have a sexual fling, they will often look back on it with fond memories.

The one area where two Aquarians don’t always succeed in bed is when it comes to intimacy. They have the physical part of sex down, but they are often lacking in the emotional side of things.

It can be easy to ignore other aspects of your relationship when the sex is great, so these two will have to work on that.