Possible Reasons Why a Cancer Man Stopped Texting You 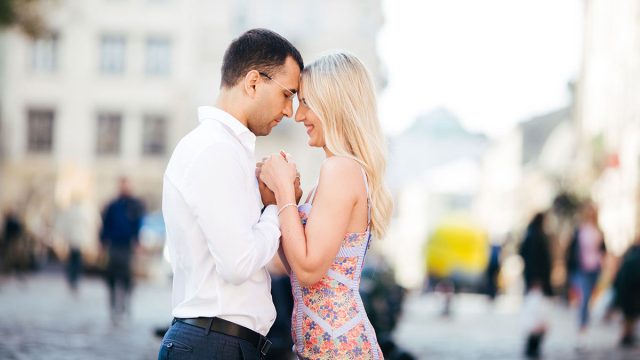 A Cancer man will stop texting you for a variety of reasons. Many of them will have absolutely nothing to do with you.

His texting habits aren’t always reliable so he might stop just because he’s forgotten to respond to you.

Cancer men are sensitive people. If he’s feeling moody, shy, or nervous, he might stop responding to you just because he doesn’t want to bother you with his emotions.

If you’ve done something to upset him, he’ll also stop texting. He does this sometimes because he’s passive-aggressive and he’s giving you the silent treatment. Other times, he’s just being non-confrontational.

Not all of his reasons for not texting are bad. He might just need some time to himself and he’ll respond later.

He may also need time to think about his response before he texts you again.

A Cancer man’s texting style is normally nice and sweet. If he’s stopped texting you, it might be because he’s in a bad mood.

He might reach out if he’s feeling bad and needs support but if he doesn’t know you that well yet, he’s more likely to just ignore you until he feels better.

If he’s just moody, you won’t be the only person he stops texting. If he quits responding in group chats or other people say he’s ignoring them as well, then it’s not you that caused him to stop texting.

The best way to deal with a moody Cancer man is to reach out and let him know that you’re there for him if he needs it.

If a Cancer man disappears and reappears frequently, it might just be because some Cancer men are unreliable when it comes to texting.

Not all Cancer men are like this! Some are great about responding to messages.

If the Cancer man you’re talking to frequently drops off the face of the planet and then comes back, it’s probably not because of anything you did, though. He’s probably just one of the unreliable ones.

Sometimes when a Cancer man leaves you on read, it’s just because he forgot to reply. It doesn’t always mean he’s blowing you off on purpose.

He might get distracted by something and drop the conversation until he remembers it later.

Cancer men who are unreliable texters are usually apologetic about it. If he just forgot to respond, he’ll tell you that’s what happened.

If he’s usually reliable and responds promptly, though, something else is up.

If a Cancer man is not texting back when he normally would, something might be wrong. If he talks to you frequently but he’s suddenly ignoring you, you might need to check in on him.

If something goes wrong in his life, he’s not going to be focused on responding to text messages.

A death in the family, losing his job, or some other huge event will cause him to stop texting people.

He might also confide in somebody that he’s closer with. If you two have mutual friends, you can ask if he’s doing okay. They won’t necessarily tell you what’s wrong but if something is, they’ll let you know.

If a Cancer man is acting distant and ignoring your texts, he may just need some alone time.

Some Cancer men are extremely introverted. They need time alone to recharge. They aren’t always the most social people.

Even if he cares about you, he’ll still need time to himself. If he stops texting and he’s not replying when you attempt to reach out, just give him some space.

If a Cancer man is indecisive about his relationship with you, he might need some time away from you to sort through his feelings.

Respect his need for space. He’ll be more likely to reach out to you later when he sees that you understand him and that you can give him the alone time he needs.

If a Cancer man has gone quiet in the middle of a conversation, that isn’t necessarily a bad thing.

He might be thinking about the proper way to respond to your text. If you asked a question, he might be considering his answer.

Cancer men care about how others perceive them. They like to think before they speak (or type) because they don’t want to say the wrong thing.

If you and a Cancer man are just getting to know one another, he’s not always going to know the right thing to say to you.

When he stops texting suddenly while you two are having a discussion, just give him a moment. If he’s sorting through his thoughts and crafting a response, he’ll start the conversation back up eventually.

Some Cancer men are very shy, especially with people they don’t know that well yet.

If you just met a Cancer man and he stops texting after your initial number exchange, it might just be because he’s shy and uncertain.

He’ll take a while to come out of his shell. He might be unreliable with texting at first just because he doesn’t know how to interact with you.

He would rather say nothing at all than say the wrong thing and risk offending you.

He might also just not feel social. If he stops texting you suddenly, don’t take offense. He doesn’t always know how to keep a conversation going.

One of the ways to tell if a Cancer man is interested is that he’ll get nervous around you. If he has a crush, he might have a hard time talking to you.

As mentioned, he doesn’t want to say the wrong thing to you. If he’s not sure how to talk to you or he feels nervous when he talks to you, he might go quiet.

You can make him feel less nervous by being patient with him. If he stops texting, don’t get angry. Don’t blow up his phone or demand a response. That will just make him more nervous!

Let him know how much you enjoy talking to him but also show him that you can let him have some space.

As he gets to know you more, he’ll likely become less nervous and he’ll be less likely to suddenly stop responding to you.

Sometimes, a Cancer man has stopped texting you on purpose. He’s not nervous or shy. He’s not busy or distracted.

Cancer men can be passive-aggressive at times.

If he feels hurt or he’s angry, he won’t necessarily tell you that outright. Instead, he’ll give you the silent treatment.

If you attempt to reach out and ask him what’s wrong, he’ll purposely leave you on read. He wants you to know that he did see the message and that he chose not to respond.

When he’s being passive-aggressive, the best thing to do is to let him know that you’re there if he actually wants to talk about it.

After that, just leave him alone. Don’t be upset. If he won’t tell you what’s wrong, you can’t be expected to apologize for it or try to make things right.

A Cancer man won’t talk to you if you’ve done something to upset him. He’ll ignore you for a variety of reasons if you hurt him or make him angry.

One reason he’ll stop responding is that continuing to talk to you just makes him even more upset.

He doesn’t always stop talking to you when you’ve upset him because he’s being passive-aggressive.

Sometimes he’s doing it because he knows he needs to remove himself from the situation until he can talk to you without getting upset all over again.

If you two had a fight and he stops texting in the middle of it, he’s just taking time to calm down. Don’t make the situation worse by continuing to message him.

If you know what you did to upset him, apologize! He won’t necessarily start responding again right away but he’ll feel better about texting you when he knows that you’re sorry for what you said or did.

If you text him something that offends him or upsets him, a Cancer man isn’t always going to let you know right away that you crossed a line.

Cancer men hate confrontation. They will do anything to avoid an argument if they can.

He would rather just ignore you if you text him something he doesn’t like. He’s not going to outright tell you that he didn’t like what you said. He doesn’t want you to get angry at him.

If he comes back later without an explanation (or a response to your last text), he probably didn’t like your last text for some reason.