Pisces and Scorpio • Compatibility in Love, Sex, and More 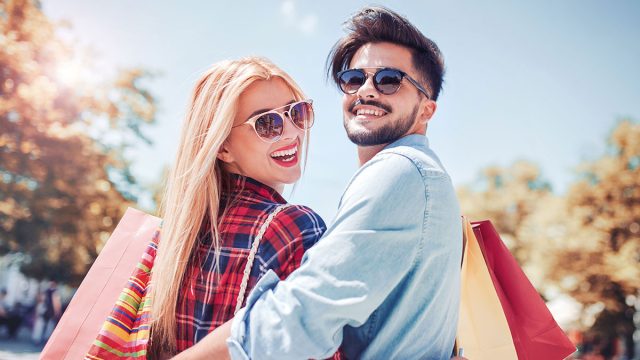 Pisces and Scorpio are water signs, but that doesn’t always mean they understand each other perfectly. These two can be compatible, though.

These two can be a good match. They just have to be careful to communicate and make sure that they are both happy.

These two have the potential to understand one another on an emotional level. Pisces and Scorpio both have intense emotional depths. They don’t always understand how the other person expresses those emotions.

Pisces and Scorpio can become inseparable, or they can bring out the worst in one another. It all depends on how strong their bond is and what traits they encourage in the other.

Scorpio and Pisces can build a beautiful relationship with one another. They need to learn how to truly trust one another and accept their differences.

A Scorpio-Pisces friendship can be strong, but these two often take time to connect genuinely. Pisces and Scorpio sometimes prefer one another in small doses.

Pisces and Scorpio can be very different at times. They might both be water signs, but that doesn’t mean they are the same! These two differ from one another, even when it comes to emotions.

One key difference between Scorpio and Pisces is that Scorpio is much more realistic than Pisces. Scorpio is not as prone to flights of fancy as Pisces is.

Scorpio wants to uncover all the secrets of the universe. They might believe in some metaphysical things, but they have a firm grasp on what is happening in the world around them. The same can’t always be said for Pisces!

Pisces and Scorpio might argue just because Scorpio is frustrated with their Pisces friend’s lack of rationality.

Pisces and Scorpio can have a good friendship when they aren’t arguing. Both of these signs are highly loyal friends. If both of them have good intentions and can trust one another, they can build a lasting friendship.

Scorpio and Pisces both want to understand the people around them. Scorpio wants to know what makes people tick and Pisces wants to befriend everyone! These two often end up people watching or gossiping when they hang out.

Both of these signs are very loyal friends. Once they bond, they are unlikely to drift apart unless something huge happens. Both can always rely on the other to be there for them when they need it.

Trouble will happen if one of them doesn’t have good intentions. Pisces is far too trusting and can easily be manipulated by Scorpio.

Scorpio is highly distrustful and will pick up on it right away if Pisces is the one trying to manipulate them. They will find it impossible to trust Pisces in the future, even if Pisces changes their ways.

Even if Pisces has good intentions, Scorpio can take a while to trust them. Some Scorpios will take their Pisces friend’s open nature at face value, while others will still be convinced that Pisces must be hiding something.

Are Pisces and Scorpio soulmates? These two can be a good match, but they aren’t perfect! They can certainly find a soulmate in the other. They just won’t always have the fairytale relationship Pisces desires.

The Scorpio and Pisces relationship is an interesting one. It can be a beautiful relationship based on mutual trust and loyalty. It can also be extremely frustrating and may become toxic if both partners aren’t careful.

Pisces and Scorpio have personalities that can blend well together, or they can push one another away. Sometimes, there is no in-between.

Pisces’ compatibility with someone in a relationship is higher if that person can be their emotional rock. Pisces will give their partner as much support as they need. The relationship won’t last if they can’t get support in return.

If Scorpio isn’t as into the relationship as Pisces is, though, that will cause problems. Scorpio will not give their all to somebody they don’t intend to stay with long-term. Pisces might give more than they receive if Scorpio isn’t serious about them.

Scorpio’s compatibility is always higher with someone they can trust completely. It’s hard for Scorpio to trust people, especially if they’ve been burnt in the past.

Scorpio can be a jealous, possessive partner. Even a Scorpio who has those traits under control may need reassurance now and then.

Pisces has the potential to be a loyal partner. They can be open and honest, and Scorpio may not have difficulty trusting them.

However, Pisces also has a dark side. Pisces is prone to escapism. They also may not address problems in a relationship until it’s too late.

If Pisces cheats or does something to betray Scorpio out of a desire to escape or avoid confrontation, Scorpio will never trust them again.

If these two want a lasting relationship, they need to work on communication. Pisces needs to learn how to confront Scorpio. Scorpio needs to be mindful of their Pisces partner’s escapist nature and address problems with it when they arise.

A Pisces and Scorpio marriage has the potential to be an everlasting one. These two need to be mindful and constantly address any issues in their relationship.

Scorpio can be a very devoted partner. When they love someone, they love them with all their heart. If Scorpio decides to get married, they are all-in and don’t intend on changing that.

Pisces can also be a devoted partner. They love their partners deeply. They can be a bit more fickle when it comes to marriage and commitment because of their ever-changing nature, though.

Pisces wants to commit. They want the perfect marriage. However, their desire for a fairytale relationship can get in the way.

Pisces often needs to learn how to accept the faults in their relationship to have a successful marriage. Problems will come up! They need to learn how to address the issues they can change and compromise or let go of the ones they can’t.

A Pisces man and a Scorpio woman’s compatibility will be higher if the Pisces man can accept his wife for who she is. Scorpio women are devoted wives, but they aren’t perfect. She will be jealous or overly intense at times.

A Scorpio man and a Pisces woman’s compatibility will be higher when both are realistic about the marriage. Pisces is a social butterfly, and the way they interact with people might trigger Scorpio’s jealousy at times.

A Scorpio man will need to accept his Pisces wife’s friendly nature. A Pisces woman will need to see where her Scorpio husband is coming from and not automatically assume he’s being controlling.

Jealousy is likely to be an issue in any Scorpio and Pisces marriage. Both will need to learn how to navigate it if they want their marriage to work out!

Pisces will likely try to understand Scorpio’s intense nature, but even they have their limits. Scorpio will need to learn to tone things down a little bit and trust Pisces. Pisces might be overly friendly with others at times, but that doesn’t mean they’re cheating!

Are Pisces and Scorpio sexually compatible? They can be! Both of these signs crave a deep, emotional connection during sex. They have the potential to bond deeply with one another in the bedroom.

Scorpio and Pisces’ attraction to one another isn’t always instantaneous. Scorpio takes a while to open up and sometimes seems too intense or distant for Pisces.

Once Scorpio trusts Pisces, these two have a lot of potential.

Scorpio is a profoundly sexual sign. They are passionate and can be wild in the bedroom when they are truly comfortable with someone else.

Pisces enjoys sex and tends to have a lot of fantasies. They can be a bit shyer when it comes to the actual sex. They sometimes need a partner who will help them open up more.

Both Scorpio and Pisces will need to push one another in the bedroom. Scorpio needs to encourage Pisces to talk about their desires. They need to ensure that Pisces isn’t just doing things to please them.

Pisces needs to show Scorpio that they can trust them. Scorpio wants an emotional bond, but they don’t always trust their partners enough to connect with them.

These two can balance one another because of Scorpio’s dominant nature and Pisces’ passive one, but they need to be careful! A Scorpio who is just interested in sex might overpower Pisces and leave Pisces unsatisfied.

These signs might not outwardly seem like freaks, but they definitely can be in the bedroom. Once they discover that about one another, there is no limit to what they can try in bed with one another.

Overall, these two can have a powerful connection in the bedroom. It will just take time for them to both open up. Scorpio needs to learn to trust Pisces. Pisces needs to realize that it is okay to ask for what they want.