10 Sure Signs a Capricorn Man is Dead Serious About You 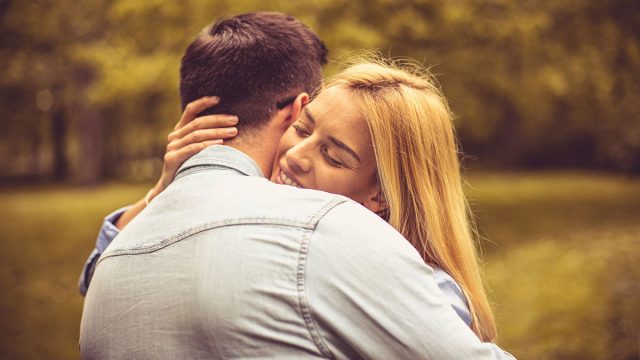 When a Capricorn man is serious about somebody, he does many things to show that person how much he cares about them.

He won’t do over-the-top romantic gestures but his feelings will be obvious if you know what to look for.

Capricorn men are busy people. They are often workaholics and they take their work very seriously.

If he takes his relationship with you seriously as well, he’ll at least attempt to prioritize you over his work when he can.

Don’t expect big romantic gestures from a Capricorn man. He’ll plan out dates and make time for you. He’ll even be physically affectionate (in private!). His affection is a more reserved, quiet kind, though.

He’ll also try to open up to you more. This is a big deal for him, as he generally avoids emotions.

1. Makes Time for You

If he goes out of his way to make time for you, that is one of the signs a Capricorn man cares for you.

Capricorn men often have a packed schedule. They spend a lot of time at work and even when they’re not at work, they’re often doing other projects.

He has a routine down. He has a tight schedule that he sticks to no matter what.

If he is finding time in his schedule for you, that means he’s serious about you. He wants to spend time with you and he is going out of his way to make sure he can.

When he makes you part of his schedule, that means he intends on sticking around long-term. He’s not going to set aside a specific night for you if he thinks the relationship is going nowhere.

He won’t spend every waking hour with you but he will make sure he sees you as often as possible. When he isn’t with you, he’ll also likely message or call you more so that you two can talk.

Capricorn men are workaholics. Work is very important to them and it is often a priority.

When a Capricorn man respects you and cares about you, he’ll be willing to put aside work if you truly need him to.

If you have a death in the family, he’ll take a few days off to be there for you. If you’re really sick, he might come home early to help take care of you.

Instead of spending some extra hours at the office, he might choose to go home and spend time with you instead. If he doesn’t truly need to be at work, he won’t stay there when he could instead be with you.

He won’t ditch work just because you want a lunch date, so don’t expect that. If he has work he needs to do, he’s going to focus on that before he even thinks about leaving early or taking a day off.

If something serious happens, though, he’ll be willing to take off work to be there for you.

One sign a Capricorn man likes you is that he’ll be there for you when you need a shoulder to cry on.

This is a big deal for a Capricorn man. Emotions aren’t his thing and he prefers to avoid them. If somebody he cares about needs him, though, he’ll at least try to be there for him.

Being there for you isn’t always going to look like you’d think, though. He won’t always sit and listen to how you feel or let you cry on him.

Instead, he might help you around the house or run errands for you to take some of the stress off you in your time of need.

Sometimes, his way of being there for you is doing the dishes or organizing your closet. He wants you to be able to focus on feeling better instead of being stressed out about household chores.

If a Capricorn man is in love with you, he’ll try to open up more.

Talking about feelings isn’t always easy for a Capricorn man. He’s a very logical person and doesn’t “do” emotions.

Most of the time, a Capricorn man will try to pretend like he doesn’t have emotions. He does, of course, but he doesn’t always want to admit that.

If you need him to, he’ll try to talk about emotions more when he’s serious about you. It won’t always be easy with him and he may miss the mark but he’ll try.

When he cares about you, he’ll want to share more of himself with you. He might even start to feel comfortable opening up and sharing his emotions with you.

Even if he struggles at first, you should appreciate the fact that he’s trying. If he didn’t care about you, he wouldn’t try at all.

If a Capricorn man is willing to sit down with you and talk about deeply personal things, that’s a sign he is serious about your relationship.

He doesn’t always like to talk about himself, especially not in an intimate way. If he starts sharing secrets with you, that’s a sign he trusts you and he’s comfortable with you.

He’ll start having deep conversations about his values and his plans for the future with you when he’s serious about you. He wants you to know what’s important to him and where he plans on going in life.

He’ll want you to open up about your plans and your values as well. He wants to make sure that the two of you are compatible, after all.

When you two can have open discussions about the future and about the things that matter most to you, that means your relationship is serious. Your Capricorn man likely intends to commit to the relationship long-term.

Understanding a Capricorn man is difficult at times because he often wears a mask of logic and reason in front of people instead of revealing who he is underneath.

One sign a Capricorn man is falling in love with you is that he’ll start to loosen up around you.

This doesn’t mean that a Capricorn man isn’t a logical person. He is. He just also has emotions and might even have a silly side that he doesn’t like to show people.

When he’s serious about you and intends to stay in a relationship with you, he’ll want you to see every side of him. He won’t just show you his “public face”.

He’ll start to tell you things he doesn’t tell other people. He’ll allow himself to have fun around you. If you are a wild person, he might even try to join in on your adventures from time to time.

7. Lets You Have Control

Capricorn men like to be in control of themselves and their lives at all times.

He feels comfortable when he has control over a situation. He often does things for himself because that’s the only way he knows they’ll get done.

If he starts giving up some of his control to you, that’s a sign he trusts you.

It might start with something small. Perhaps he’ll ask you to do a chore he normally does. If he usually cooks dinner or plans date night, he might let you do those things instead.

He’ll also start to allow you to help him with things. Capricorn men often try to do everything by themselves. This can be overwhelming!

When he admits that he needs help and lets you take on some of his tasks, that means that he truly trusts you. He wouldn’t give up that control if he didn’t.

Capricorn men aren’t always the best about texting. They do enjoy talking to people, especially their friends and loved ones, but they don’t always message or call just to chat.

One of the signs a Capricorn man likes you through text is that he’ll message you often.

He’ll ask how your day is going. He might send you something that made him think of you. He may even just send a silly fact he heard.

What attracts a Capricorn man is somebody who he can rely on to keep plans with him. If he is always planning dates for you two, he’s serious about you and he trusts you to be there on time.

When he knows he can trust you to stick to the plan, he’ll be more likely to keep planning dates in the future.

When he starts letting loose and having fun with you, that’s a sign a Capricorn man is interested in you.

When a Capricorn man likes you and he knows you like him, he will feel more comfortable around you. If he’s really serious about you, he wants to have a good time with you.

A Capricorn man often knows he gets a reputation for being a stick in the mud. If you’re a more social person who enjoys partying or going on adventures, he’ll try to join in on those adventures now and then.