8 Suggestions To Stop Capricorn Man From Ignoring You 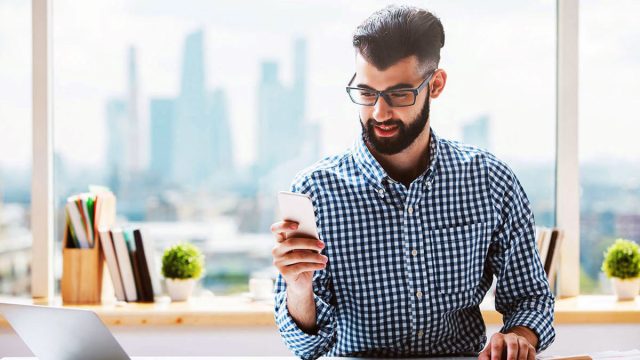 If you’ve been dating a Capricorn guy and he suddenly acts distant, you need to know what to do when a Capricorn man is ignoring you.

How can you get his attention and make him notice you again?

Capricorn is a very cold and aloof sign, so it’s not unusual for others to feel neglected by a Capricorn guy.

If you feel like he’s not paying you very much attention, don’t jump to conclusions and take it as one of the signs a Capricorn man is not into you.

Once you have a better understanding of what makes this zodiac sign disregard you, you will know how to react when a Capricorn man ignores you.

1. Don’t Appeal to His Emotions

Every zodiac sign belongs to one of the natural elements: fire, air, earth, or water. The elements reveal the emotional tendencies of the signs.

Capricorn is one of the earth signs, and earth signs are known for being logical, rational, and responsible.

Earth signs think with their heads, not their hearts, and they prefer to use facts and data rather than gut instincts to make decisions.

A Capricorn man isn’t very in touch with his feelings, and he dislikes big, dramatic displays of emotions. He gets uncomfortable around tears, screaming, or any loss of emotional control.

If you want to know how to win the heart of a Capricorn man and make him stop ignoring you, don’t think that appealing to his emotions is the way to go about it.

Don’t cry and tell him how hurt you are that he’s neglecting you, and don’t yell at him for not spending enough time with you.

Your Capricorn guy will respond to you much better if you use a calm and rational approach to discuss your feelings about the way he’s neglecting you than if you try to make him emotional about it.

Is your Capricorn man painfully distant? Rekindle your love.

When you notice your Capricorn man is distancing himself, you might think that giving him a guilt trip will make him come running back to you.

But when a Capricorn guy feels bad when he’s around you, including feeling guilty for something that he’s done wrong, he will only want to avoid you more.

Don’t compare him to other men or your friends by saying how happy other people are to spend time with you and don’t criticize him for working so hard away from you.

Making him feel guilty might get you more attention immediately, but it will only push him away from you more in the long run.

3. Offer to Help Him

Capricorn is one of the most ambitious and hard-working signs of the entire zodiac, so the most probable reason that a Capricorn guy is ignoring you is that he’s busy toiling away at work.

It’s easy to assume when a Capricorn man stopped texting you that it’s because he’s talking to other women or just doesn’t like you anymore, but it’s more likely that he has his phone off at work.

If you want to make your Capricorn man distance himself even more from you, bombard him with texts and make him feel guilty for choosing his work over you.

But if you want to know how to make a Capricorn man obsessed with you, let him know that you admire his work ethic.

Tell him that you notice he’s been preoccupied because he’s so busy with work, and ask if there is anything you can do to help.

Offer to make his life easier by bringing lunch to his office, picking him up from work so he doesn’t have to drive, or doing some chores for him at his place.

Your Capricorn guy will be much more appreciative and inclined to give you some attention if you show that you understand his ambition and want to support him.

4. Ask His Friends and Family for Help

A Capricorn man is very guarded and doesn’t let many people get close to him. He keeps a tight circle of a few friends and family members that he loves and trusts.

If your Capricorn man is suddenly distant, talk to the people closest to him to figure out why.

He probably doesn’t talk to many people about his problems, so if he’s extremely busy and overwhelmed, his close loved ones could be the only people who would know.

They also might know if there’s another reason that he’s ignoring you. If he’s seeing someone else or just isn’t into you anymore, they might be able to tell you.

If he won’t talk to you, ask your Capricorn man’s friends and family what’s going on with him and why he’s been so distant lately.

If you want to know how to get a Capricorn man to chase you instead of ignoring you, you’ve got to give him some space.

Capricorn is a very independent zodiac sign, and a Capricorn guy is perfectly comfortable being alone.

Even a Capricorn man in love doesn’t want to be with his partner constantly, and he needs some time for himself to recharge and feel his best.

If you’re wondering how to text a Capricorn man when he’s ignoring you, just send a casual, cheerful message saying that you’ve noticed he’s been super busy.

Tell him that you don’t want to put any pressure on him and you have lots of things going on, too.

Let him know that you’re happy to give him some space and you’ll be there for him when he’s ready.

A tiny trick to snatch your Capricorn man's heart?... even if he's cold and distant...

A Capricorn man can’t keep his eyes off a beautiful woman, and he is especially drawn to someone who looks polished and put-together.

He also worries a lot about his reputation and what other people think of him, so he can be a bit shallow and superficial.

He likes having a gorgeous, polite, accomplished woman on his arm to make him look good in front of all of his friends, family, and business associates.

If you want to grab your Capricorn guy’s attention and get him to stop ignoring you, make sure to look your best when you plan to see him.

Take extra time grooming yourself and doing your hair and makeup. Make sure your nails are polished and put together an immaculate outfit.

He prefers classic styles and likes a girly girl, so wear something timeless and feminine like a little black dress or a floral skirt. You shouldn’t wear anything too immodest or ostentatious.

Go to parties with your mutual friends, or hang out at his favorite places while looking your best to make sure you run into him.

When he sees you all dolled-up and looking gorgeous, he will wonder why he hasn’t reached out to you lately and will be sure to reconnect with you.

Some zodiac signs like playing mind games in relationships to add a little fun and excitement, but not a Capricorn guy.

He is very straightforward and direct, and he has enough trouble opening up and trusting a woman without adding mind games into the mix.

It’s much better to be honest and forthcoming with your Capricorn guy. If you’ve been patient, understanding, and helpful but he still ignores you, tell him how you feel.

Let him know that you feel disconnected from him and you’re wondering if you did something to upset him.

Don’t be clingy, but tell him that you need to hear from him or spend time with him more often to feel close to him.

This magic will make your Capricorn man want a relationship with you.

8. Ask for His Advice

Every zodiac sign has a mental or spiritual age determined by the order of the zodiac. As the tenth zodiac sign out of twelve, Capricorn is one of the oldest and most spiritually advanced star signs.

Capricorn is also known as “the father” of the zodiac, so combined with his spiritual age, a Capricorn man is very wise. He comes across as an old soul, and other people flock to him for advice.

Although he is highly independent, a Capricorn man has a nurturing side and he likes helping others. He wants to be with a strong woman but he also can’t resist a damsel in distress.

One of the best ways to get a Capricorn man to stop ignoring you is to reach out to him for advice.

He’s not a very emotional guy, so try to avoid asking him questions about feelings or interpersonal relationships. Instead, focus on asking him for advice related to your career or other practical matters.

Your Capricorn guy won’t be able to resist answering you when you ask his opinion on how to get a raise or a promotion at work.

He will stop ignoring you because he wants to help and he knows the perfect solution that will get you what you want.