Possible Reasons Why a Capricorn Man Stopped Texting You 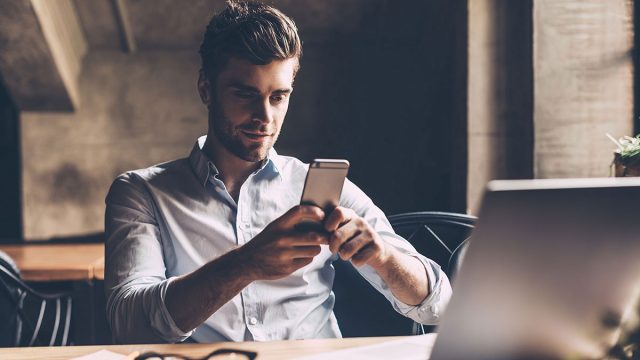 When a Capricorn man stops texting you, there’s always a reason behind it.

This reason isn’t always necessarily a bad one, though! Sometimes, he’s just busy or focused on something else. Texting isn’t always the top priority for him.

Some Capricorn men don’t enjoy texting. If you’re talking to one who isn’t the best at responding, it may just be because he prefers talking in person. He’ll only text you when he has to.

If he does normally text you, though, he might suddenly stop for a wide variety of reasons. Not all of them mean you did something wrong.

He might just be busy at work. He might be upset about something else. Don’t always assume the worst! Be patient and he might start responding again soon.

If a Capricorn man is ignoring you or just not texting, there is always a reason for it. He didn’t just “forget” as a Gemini man would.

If he’s busy with work or if he’s focused on something else, he’s likely not checking his phone.

He doesn’t pay attention to his phone 24/7. If he is out with friends, watching a movie, reading a book, etc., he’s not going to be worried about responding to your text message.

If he stops talking to you in the middle of a conversation, there’s a reason for it. He might have gotten an important call. You might have said something that upset him.

He might also need to reply at a later time for one reason or another. If you asked a question and he doesn’t know the answer, for example, he might be trying to figure out the answer for you.

He’s not always ignoring you when he stops texting you. If he is ignoring you, it’s usually for a specific reason.

Capricorn men are workaholics. When they are working, they are entirely focused on work and they aren’t going to break that focus.

Don’t expect him to text you during work hours. Even if you were having a conversation that morning, once he gets to work, he’s going to stop responding until he’s on a break.

If he has a big deadline coming up, he might stop texting you for a few days while he works.

If he’s at an event, he’s not going to be paying attention to his phone. If you two are texting and he suddenly gets a call from a family member, he’s going to stop replying until he’s done with the phone call.

He’s Focused on Something

If a Capricorn man is not responding to you during a time he normally would, it might be because he’s focused on something else.

If he’s out to dinner with a friend, he’s going to be focused on that friend. He won’t bring out his phone while they are talking and catching up.

He thinks it’s rude to be on your phone while you’re out with somebody. If he’s on a date with you, for example, he’s going to expect that your phone stays in your bag or your pocket.

He likes to give his attention to one thing at a time. If he’s got something going on, his priority isn’t going to be texting.

If you two argued about something, he’s likely going to stop texting you until he’s calmed down.

This is especially true if you two were arguing over text. He’s going to close your conversation and go do something else.

If you argue in person, don’t text him and expect him to reply right away! He needs time to clear his head.

If you two argued, he’s more likely to want to make up in person if at all possible. If he does text you, it’s going to be a request to meet up in person.

If he senses an argument is about to happen over text, he’ll also stop texting you. He hates arguing over text because the two of you are more likely to misunderstand one another.

If a discussion is getting intense or going down a road he doesn’t want it to go, he’ll just stop texting you. He’ll wait until you two can discuss the topic in person.

If a Capricorn man is avoiding you, he’s going to stop reading your messages.

He might be avoiding you for a variety of reasons. Not all of them will be obvious to you either.

Not all of these reasons will even be bad!

If he’s planning a surprise for you, for example, he might avoid talking to you until he can see you and give you the surprise. He doesn’t want to give anything away.

If you’ve done something to anger him, he’s also going to avoid you until he can calm down and have a proper discussion with you about it.

He may also start to avoid you if he thinks you’re monopolizing his time. If you two have been spending a lot of time together, he might need to take a break from you.

He’s Going Through Something

If a Capricorn man is suddenly distant, it might be because he’s going through something.

Capricorn men usually try to go through things by themselves. If he’s dealing with a death in the family, the loss of a job, or some other major event, he won’t always reach out to people about it.

If he suddenly stops texting everyone, something has likely happened in his life. He’s not ignoring you because you did something wrong.

You can reach out to mutual friends to see if he has also stopped texting them. If he’s leaving everyone on read, there’s a good reason for it.

You can let him know that you’re there for him if he needs to talk about anything. Leave it at that. He’ll reach out if and when he’s ready to.

If a Capricorn man is acting weird in other ways and isn’t just ignoring your texts, it might be because he’s upset about something.

If you two argued or had a disagreement recently, that’s likely the culprit behind his hurt feelings.

If nothing noteworthy has happened between the two of you, though, he may be upset for a reason that’s unrelated to you.

If he’s upset about something he’s not going to be in a talkative mood. If you two were having a conversation and something suddenly happened to upset him, he might drop the conversation.

If he is upset with you, he’s not always going to tell you that either. He’s going to take a step back from you so that he can process his feelings and decide if he needs to talk to you about them.

A Capricorn man’s communication style isn’t always a frequent or constant kind of communication. He’s not always going to talk to you every single day and you need to be okay with that.

If he stops texting to you and he is ignoring your attempts to reach out, you might need to give him a break.

Take a step back. Do you text him constantly? Do you send multiple texts in a row or send him long messages all the time?

If you text him far more often than he texts you, that might be a sign he thinks you’re too clingy.

It may just be a mismatch of communication styles. Just because he thinks you’re clingy doesn’t necessarily mean you are.

Clinginess is going to cause him to withdraw from you, though, even if it’s just perceived clinginess. Give him space. Consider adjusting your texting style to match his.

A Capricorn man withdraws when stressed. Talking to people, even people he likes, often just makes him feel more stressed out when he’s overwhelmed with work and other obligations.

The best way for him to recharge and lower his stress levels is usually to have some alone time.

You Need to Wait

Why do Capricorn men withdraw instead of reaching out? Some are just stubborn and think they have to deal with everything by themselves. Others genuinely feel better when they have time away from people.

If a Capricorn man is ignoring texts from you, the best thing to do is just be patient. He likely knows that you texted him.