Is Aquarius Man Jealous and Possessive in a Relationship? 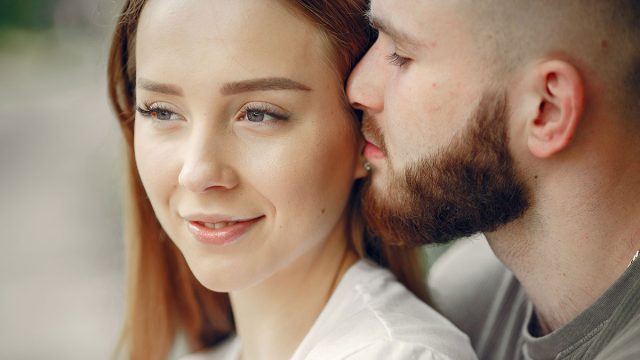 An Aquarius man being jealous or possessive is pretty rare. These just aren’t traits most Aquarius men have.

If he is jealous, he won’t always act on that jealousy or express his feelings. He will keep it to himself.

Aquarius men value freedom and independence. This is one of the reasons they don’t tend to get jealous or possessive of their partners. They want their partners to feel free and unconstricted.

Aquarius men also don’t always express their feelings. Even if he is jealous, he’s not going to show it to you. He doesn’t want to make you feel like he doesn’t trust you or like he’s trying to control you.

If an Aquarius man does seem possessive or controlling, you might be mistaking some other aspect of his personality for those traits.

Aquarius men aren’t usually the jealous or possessive type. If your Aquarius man does start acting jealous, know that this is out of the ordinary.

If he starts acting jealous, that usually means he’s been feeling jealous for an extended period of time. He just wasn’t acting on it before but now, he can’t help but do so.

He doesn’t get jealous for no reason. He will get jealous if his partner has done something to betray his trust and he’s now questioning their relationship.

If he’s having a rough time emotionally, things that don’t normally bother him may start upsetting him. This can happen after events like a death in the family.

Any time he’s feeling especially sensitive or vulnerable, he’ll have less control of his emotions than he normally does.

Most of the time, this jealousy will go away. If it doesn’t, talk to him about it and reassure him that he can trust you and that he doesn’t need to be jealous.

A tiny trick to snatch your Aquarius man's heart?... even if he's cold and distant...

An Aquarius man pulls away from relationships more easily than some other people do.

If his partner is purposely trying to make him jealous, he’s more likely to just dump that partner than actually react. He doesn’t like to play games.

Aquarius relationship relationships are no less meaningful just because they move on easily. Aquarius men just don’t see the point in dwelling on the past. They are more forward thinkers.

He also moves on from negative emotions easily. If he feels jealous about something, he’s likely to just let the feeling pass than to act on it.

If he feels jealous that you’re still friends with your ex, he’s also likely to just move past those feelings. He trusts you. He’s not going to tell you who you can and cannot be friends with.

Is an Aquarius man controlling? He can seem that way sometimes. Most of the time, though, he doesn’t actually want to control the people around him.

An Aquarius man likes to have control over himself and his surroundings. He doesn’t like to try and control other people because he himself doesn’t like it when people try to control him.

If he seems like he’s trying to control you, take a step back and consider why that might be.

Maybe he says he won’t go to a certain party because an ex or a male friend of yours is going to be there.

In reality, he might simply just not like your ex or that friend of yours. He doesn’t want to go to the party. He’s not telling you that you can’t go, though.

If you aren’t sure how to read an Aquarius man, you aren’t alone. They aren’t always the most forthcoming about their emotions.

An Aquarius man could be feeling jealous about something but he’d likely never tell you or do anything to express those feelings.

Even if an Aquarius man is suspicious that something might be going on between his partner and another man, he’s not likely to say anything. He’d rather just see how things play out.

If his suspicions were correct, he’s not going to explode over it. Remember, he moves on easily. He’ll just do what he has to do to either end the relationship or try and fix things.

If an Aquarius man feels insecure, he’s more likely to seek you out for some affection than to say anything outright.

Aquarius men can act childish at times. This can be both positive and negative depending on how you look at it.

Sometimes, this childish nature can be fun. It’s nice to just let go and be silly sometimes. That child-like quality Aquarius has can make him less likely to act jealous or possessive.

On the other hand, being childish can be a bad thing sometimes.

An Aquarius who doesn’t have the same control over his emotions that most Aquarius men have might act out if he feels jealous.

He won’t necessarily act out in ways you might expect, either. He’ll just act immaturely. He might ignore you or be passive-aggressive.

He doesn’t want to feel jealous. The fact that he does might upset him and he’ll act childish because of that more than the jealousy itself.

Aquarius men tend to be fairly relaxed. Many of them have naturally calm natures.

Even if he’s stressed out or upset about something, he’ll put on a relaxed mask. He doesn’t like to appear out of control or overly emotional.

If he does get jealous about something, he’s more likely to do something to relax and calm down.

Many Aquarius men enjoy things like yoga to center themselves. This is usually effective. You might see him doing yoga or taking relaxing baths a lot but you’re not going to see him lash out.

He wants you to feel relaxed around him as well. He doesn’t want to stress you out with any petty emotions he might be feeling.

It’s not easy to rattle an Aquarius man. He’s fairly laid-back and he lets most things just roll off him.

He’s excellent at hiding how he truly feels. He’s so good at this, in fact, that he can often convince himself he’s not feeling jealous even when he is.

If those feelings do start to rise to the surface, he’s good about keeping them down. He won’t let you see that side of him.

He’s genuinely not bothered by things some of the time. Again, he won’t care if somebody is flirting with you because he trusts you.

Aquarius is an air sign. Air signs tend to place a lot of value on freedom because they like to have the ability to go wherever the wind might take them.

Somebody who also values freedom and will let him be independent is what attracts Aquarius men.

An Aquarius man in love still values his freedom. He also doesn’t want to do anything to impede the freedom of his partner.

Because of this focus on freedom, Aquarius doesn’t tend to act possessive over his partner. They aren’t his possession and he won’t treat them as such.

An Aquarius man’s partner is free to be themselves and to have their own life outside of him.

He’s not going to get jealous when you’re out with other people because he thinks that it’s entirely within your rights to go places without him.

Can you trust an Aquarius man? You absolutely can. Trust is important to him.

If he trusts you, he’s not going to be worried about you doing anything to betray that trust.

He won’t get worried when you go places without him. He won’t get jealous if you’re with other men. He knows that nothing is going to happen because he knows he can trust you.

He won’t act possessive because he doesn’t feel like he has to. He knows that you’re not going to lie and say you’re not in a relationship. He trusts you to do the right thing without him controlling you.

Being affectionate is one of the ways an Aquarius man shows love but this isn’t a sign that’s known for being clingy.

He likes to have healthy boundaries. He knows that he and his partner will do things separately sometimes and he has no problem with that.

Neither of you is the possession of the other. He won’t act possessive over you and your time at all.