Risky Guide To Playing Mind Games With an Aquarius Man 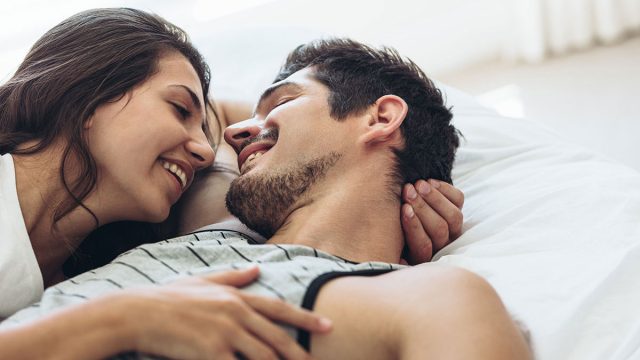 If an Aquarius man is playing mind games with you, the best thing to do is get some revenge. Play with him in the same way he’s been playing you.

You might also want to play games with an Aquarius man to keep him interested before you start dating.

Aquarius men are attractive, eccentric people. They are used to being noticed. One of the best ways to mess with an Aquarius man’s head is to act uninterested in him, no matter how out there he’s acting.

You can mess with an Aquarius man by standing up to him as well. Many Aquarius men are firm in their beliefs. They don’t always like it when people argue with them.

Never let an Aquarius man think he’s gotten the best of you. Even if his games are messing with you, don’t show him that. That will bother him.

Be Unimpressed By Him

An Aquarius man’s ego isn’t always as apparent as the ego of a Leo man. Many Aquarius men do have huge egos, though.

Aquarius men are used to getting attention from the people around them. Many people are impressed with an Aquarius man’s philanthropy, for example. An altruistic Aquarius man often hears praise for being helpful and selfless.

You can mess with an Aquarius man’s head by being unimpressed with him. Don’t praise or compliment him when he talks about his latest volunteer efforts. If he shows you a project he’s been working on, shrug it off.

An Aquarius man’s ego is also fragile. He might not always do things just for the praise, but the recognition feels nice!

If he’s not getting any, he might wonder if he’s doing something wrong. He will question why his efforts aren’t good enough for you.

Stand Up To Him

If you want to play an Aquarius man, stand up to him. Standing up to him will throw him off because he’s not used to people doing this.

Aquarius men think of themselves as humanitarians. They like to believe that they are always doing what is best for the world around them. If he’s ever doing something you think isn’t for the best, stand up to him.

An Aquarius man’s efforts to change things and make them better might not always be a good idea. This is especially true if he never listens to the views of others and just makes decisions on his own.

You will mess with his head if you tell him his actions are questionable. Stand up to him if you ever think he’s in the wrong. That will mess with him and might make him start to question himself.

One of the signs that an Aquarius man is not into you is that he won’t care about your opinion. He’ll be bothered when you argue against his views when he is interested in you.

You don’t need to start a shouting match over every little thing. You can bother an Aquarius man by picking little fights when you disagree with him, though.

Always be ready to defend your point of view. If you are more well-spoken and level-headed during an argument than an Aquarius man is, that will mess with his head.

This magic will make your Aquarius man want a relationship with you.

If you want to know how to beat an Aquarius man at his own game, keep your distance from him.

Aquarius men are often emotionally distant. An Aquarius man might distance himself from you even more as a way of playing hard to get. Get back at him by distancing yourself whenever he goes from cold to hot.

If an Aquarius man is testing you, he might ignore you. He does this to test your independence and neediness. Ignore him right back.

You can keep your distance physically by avoiding him when you see him in public. You can also emotionally distance yourself by refusing to open up to him.

If an Aquarius man is interested in you, it will bug him when you distance yourself from him. He won’t stop wondering why you don’t want to be close to him.

When an Aquarius plays manipulative mind games, he’ll try to make you jealous. Return the favor.

It will bother your Aquarius man if you don’t react to his attempts to make you jealous. He will be even more annoyed if you try to make him jealous in return.

You can make an Aquarius man jealous by giving attention to everyone but him when you two are together. If he’s talking to you, ignore him and talk to somebody else.

He will also get jealous if you constantly agree with people who have different views than him. Your Aquarius man will be jealous every time you take someone else’s side in a disagreement.

If an Aquarius man is flirting with you, ignore him and go flirt with someone else. That will make him jealous.

Ignoring an Aquarius man when he’s trying to get your attention will mess with him. He will wonder why you’re suddenly giving him the silent treatment.

If you want to make an Aquarius man miss you, give him the silent treatment. Aquarius men are fiercely independent, but he will start to miss you if you’re not around when he wants to spend time with you.

You can let him know that you’re ignoring him by leaving all his messages on read. Reply to everyone but him in a group chat. Actively avoid him when you two are in the same place.

When you ignore an Aquarius man, it might upset him. He’ll wonder if he did something wrong, especially if he thought things were going well between you two.

Aquarius men are eccentric. People around them usually find them interesting, even if they also think Aquarius is weird.

It will bother an Aquarius man if you show no interest in him. He might start doing and saying things to get a reaction out of you. Don’t give him one.

You can show your disinterest by looking bored or even yawning while he talks. If he starts flirting with you, brush him off.

Your Aquarius man likely thinks highly of himself. He’s probably used to being one of the most exciting people in the room. Let him know that you don’t think he’s that exciting. This will bother him.

Aquarius men tend to be more reserved when it comes to emotions. They are usually good at telling how others are feeling, though.

When you’re around an Aquarius man, hide your feelings. Put on your best poker face, and don’t let him figure out your genuine emotions.

Even if you’re really into your Aquarius man, don’t let on just how attracted to him you are. Remain calm and collected around him.

It will bother an Aquarius man when he can’t tell how you’re feeling. If he can’t figure out how you feel about him, it will mess with him even more.

Your Aquarius man may end up being drawn to you if he thinks you’re mysterious. He might start spending more time around you so that he can try to figure you out. If this is what you want, be sure to hide how you feel when he’s around.

Don’t Let Him Read You

If an Aquarius man is testing you, he might start subtly criticizing you. He does this because he wants to see how thick your skin is.

Don’t let him figure out how you feel about his comments. Some Aquarius men think they are great at reading people. Don’t allow him to read you.

It will bother your Aquarius man if he can’t get a read on you. If you seem mysterious, he will try harder to try and figure you out.

Hide yourself from him as well as you can. It will bother him even more if other people think you’re an open book. He will wonder why you’re actively closing yourself off from him when you’re open with other people.

Longing to win the heart of a Aquarius man? Put him under your spell...

Many Aquarius men are stubborn. They can become fixed in their worldview and often think their way is correct.

If you disagree with an Aquarius man about the correct way to do something, don’t back down and do things his way.

You can make an Aquarius man feel off balance when you refuse to let him have his way. He uses his logic and reason to convince other people that the way he does things is correct. Don’t give in to him.

Keep pushing to do things your way. Give your Aquarius man a taste of his own medicine and be just as stubborn as he is.

You won’t necessarily convince an Aquarius man to do things your way or even compromise. You will mess with his head and throw his game off, though.

Related Articles
What Should You Expect From an Upset Aquarius Man?January Aquarius vs February Aquarius
Hello, I'm Maria