Are Aquarius Men Known For Being Cheaters? (True Answer) 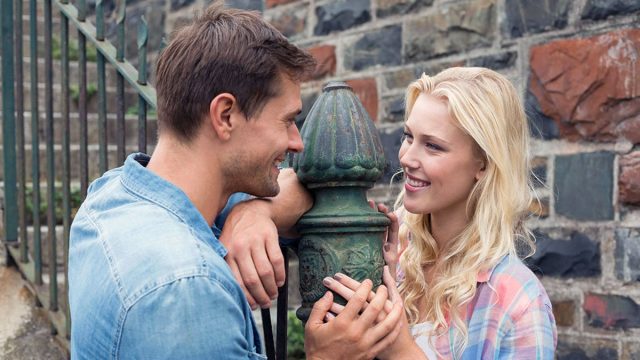 If you’re in a monogamous relationship with an Aquarius guy, you might wonder whether or not you’re with a cheating Aquarius man.

Is this zodiac sign more prone to infidelity than others?

Every star sign is capable of cheating, just as every sign has the potential to be unfaithful.

But the personality traits and behaviors typical of certain zodiac signs can make them more likely to struggle with monogamy.

By learning more about his star sign, you will be able to predict if Aquarius men are more likely to cheat than others.

Promiscuity isn’t always an indication that someone will cheat, but it stands to reason that a person who has a casual attitude towards sex could be more likely to be unfaithful.

Although an Aquarius man is reluctant to commit to one partner, it’s not because he wants to play the field. He treats his body like a temple, and he doesn’t open up physically or emotionally to just anyone.

His respect for his body likely comes from one of his guiding planets. Every zodiac sign has a ruling heavenly body that tells us something important about that sign.

Aquarius is one of the only zodiac signs with two guiding planets. Aquarius is ruled by Uranus, the planet of rebellion and individualism, and, to a lesser extent, Saturn, the planet of discipline, limits, and restrictions.

Thanks to Saturn’s influence, your Aquarius guy probably watches what he eats and follows an exercise regimen.

He likes to relax and indulge, especially since Uranus’ influence makes him want to rebel against his strict, disciplined side.

He is capable of enjoying a one-night stand, but he typically prefers being intimate with someone who knows his mind and body over hooking up with a stranger.

An Aquarius man isn’t promiscuous, so his beliefs and feelings surrounding sex are unlikely to make him unfaithful.

They Have Emotional Rather Than Physical Affairs

Some zodiac signs are more physical than others, but an Aquarius guy is much more mental than physical.

He’s also more mental than emotional, which could explain why, for an Aquarius man, expressing feelings is so difficult.

If an Aquarius guy is feeling misunderstood, neglected, or dissatisfied in his relationship, he might be unfaithful to his partner. But an Aquarius man in a relationship is more likely to cheat emotionally than physically.

He commits so rarely to monogamous relationships that he is determined to keep his promise of monogamy when he does settle down with someone.

But if he is unfulfilled in his relationship in any way, he might turn to another woman for comfort.

He will confide in her and share the feelings that he can’t tell his partner. He needs to feel understood and accepted, and if he’s not getting that from his partner, he will get it from someone else.

Luckily, an Aquarius man cherishes his friendships, sometimes to the point of putting them before his relationships.

If he’s not getting emotional support from his lover, he is more likely to turn to an old friend than a new woman in his life.

But if he’s looking for an ego boost or attention from the opposite sex, he might betray his partner’s trust by being emotionally unfaithful with another girl.

They Feel Burdened by Romantic Relationships

Aquarius is a fiercely independent zodiac sign, so an Aquarius man tends to resist monogamous relationships because he doesn’t want to give up his freedom.

He doesn’t jump into relationships frequently because he thinks being tied to a partner is like being bound to a ball and chain.

He doesn’t want someone else to rely on him for anything, including help or emotional support. He will gladly give these things without being asked, but he doesn’t want the burden of expectation.

His pessimistic view of relationships is why an Aquarius man pulls away when in love. It can also make him likely to cheat.

When he feels like his partner has become too dependent or clingy, he might be unfaithful because he can’t stand the pressure of the relationship.

If you want to know how to attract an Aquarius man instead of pushing him into the arms of another woman, don’t demand anything from him.

He’s a generous and loving person, so he will do what he can for you without you having to ask him.

But the more expectations you put on him and the more you rely on him, the more likely he will be to run to someone else.

They Cheat to Regain Control

An Aquarius man doesn’t care about controlling others, but he needs to have control over himself. He has to have autonomy and control over his own life to feel happy and secure.

If he feels like his partner is trying to manipulate, change, or dominate him, he might cheat to regain some sense of power in the relationship.

And if his partner has taken over his life until it’s become unrecognizable to him, he may try to take back control by cheating.

If you want to know how to get an Aquarius man to chase you instead of cheating on you to regain power, don’t make him feel powerless.

For example, don’t start moving your stuff into his place and take over his personal space, and don’t try to put restrictions on his eating or sleeping habits.

Let him be himself and don’t boss him around if you want to keep your Aquarius man and encourage him to be faithful to you.

They Struggle with Commitment

An Aquarius man loathes commitment, so it’s hard to get him to agree to a relationship in the first place.

He is unconventional and doesn’t follow traditions or social norms, so he doesn’t think he has to have just one partner because society says so.

He is also quite rebellious and contrary, so the moment others try to force him into commitment, he automatically wants to do the opposite.

The best match for an Aquarius man is someone who thinks for herself and doesn’t pressure him based on what society or her friends are doing in their relationships.

An Aquarius man commits to a monogamous relationship so rarely that it feels unnatural and uncomfortable to him. He’s not used to monogamy, so he might slip up and be unfaithful, especially in the early stages of a relationship.

He will either feel terrible and confess his infidelity to his partner right away, or he will detach from his emotions and refuse to feel shame for his actions.

He might also recognize that he’s just not used to being monogamous and forgive himself for making a mistake, whether he confesses to his partner or not.

He views his partner as an equal, so he will do whatever he would want her to do if the situation was reversed.

What makes an Aquarius man come back to his partner after cheating is the realization that he would rather sacrifice random hookups and affection from other women for the special connection he has with his partner.

They Cheat to Push Partners Away

Although an Aquarius guy is usually blunt and direct when it comes to sharing his thoughts and opinions, he has a much harder time expressing his feelings.

If he doesn’t know how to tell his partner that he’s unhappy or that he wants to end the relationship, he might cheat on her to push her away.

If he is unfaithful, it could also be the case that your Aquarius man is testing you to see whether you will stay with him or not.

When he messes with your head and cheats on you, whether he’s trying to push you away or make you prove your love to him, these are the signs an Aquarius man is using you.

He’s not emotionally ready to be in a loving, committed relationship, so it’s time to let him push you away and move on.

They Are Faithful When in Love

Despite his reluctance to commit, an Aquarius man in love is a loyal, trustworthy partner. He won’t even be tempted to cheat when he is head over heels in love with a woman.

If your Aquarius guy tells you he loves you, he’s not just whispering sweet nothings or telling you what he thinks you want to hear.

Saying he loves you is a big deal to an Aquarius guy. It’s a promise of his commitment to you, even if you haven’t discussed being in a monogamous relationship.

It’s important to have that conversation in order to avoid future misunderstandings and hurt feelings, but telling you he loves you is a big step for your Aquarius man.

When the Aquarius guy you’re dating tells you he loves you, it’s his pledge to be faithful to you.

You don’t have to worry about him talking to other women or cheating once he professes his love and continues to remind you of his feelings for you.

Recommended Articles
Understanding a Distant Aquarius Man (Why? How To Fix?)8 Sure Signs an Aquarius Man is Dead Serious About You
Hello, I'm Maria