Should You Chase a Cancer Man? Does He (Really) Like It? 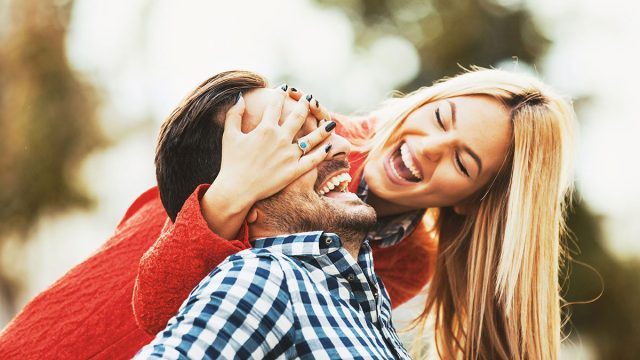 Not all men like to be chased. If the man you want to go after is a Cancer, though, chasing him is usually a good idea.

A Cancer man often needs a woman to pursue him first. He’ll chase her later.

Does a Cancer man like to be chased? Most of the time, he does! This is because he can be unsure of himself when it comes to relationships.

He needs to know that somebody is interested before he starts pursuing them.

Don’t chase him too much though. Cancer men can be shy and may become overwhelmed by somebody who comes on too strongly.

Once you’ve made it clear you like him, he may feel comfortable enough to pursue you back. That’s when you can back off a little and let him take over.

Cancer men often need a lot of validation from other people. They can get insecure and don’t always realize it when other people have feelings for them.

Even if he suspects that you like him, he might not be sure. You need to show him that you do indeed have feelings for him.

You can validate him by complimenting him and doing other things to make him feel good.

You can also reassure him that people like him, you included. Let him know that you care about him.

If he’s feeling down, he also needs validation that he’s not stupid for feeling the way he does. You don’t need to placate him or even agree with him. Just let him know his feelings are valid.

When you validate his feelings and do what you can to comfort him, he’ll see that you care about him.

Looking and finding love with a Cancer man doesn't have to be impossible! Here's how...

Having emotional connections with people is very important for Cancer men. Cancer is a water sign, so they are in touch with their emotions. Cancer men are also very sensitive.

Do what you can to show him that you want an emotional connection with him. Open up to him about your feelings. When he needs comfort, offer it to him.

It can be hard to see signs a Cancer man is flirting with you. He is nice to almost everyone he interacts with.

When he tries to make an emotional connection with you, that is one of the signs a Cancer man has feelings for you.

If he needs to talk, listen. This will show him that you’re serious about him.

Many Cancer men are shy. They often have a hard time pursuing people because of this.

He may also be more reserved and refrain from expressing his opinions. Even if he likes you, he won’t want to chase you out of fear of rejection.

If he’s shy, you’ll need to chase him. He’s not going to chase you.

If a Cancer man stares at you often, only to look away when you notice, that’s a sign he likes you but is shy about it.

If you chase him and make it obvious that you like him, that will build his confidence. If he’s not chasing you, it might just be because he’s unsure of your feelings.

Once you make your feelings clear to him, he might start to open up more and become less shy.

Longing to win the heart of a Cancer man? Put him under your spell...

Even when a Cancer man has a crush on you, he might not let you know at first. This is because he is often insecure. He might think there’s no way you could like him back.

Cancer men don’t always notice when people have feelings for them. This isn’t because they are bad at picking up on emotions. It’s because they sometimes convince themselves that nobody could possibly like them.

This is why you’ll need to chase him if you’re interested in him.

You need to help build up his confidence. You need to show him that you won’t reject him. He needs to be sure that you care about him and want to be with him.

In addition to validation, Cancer men also need a lot of encouragement.

If you chase after him and flirt with him, this may give him the encouragement he needs to finally open up to you about his feelings.

Encourage him in other ways too. If he’s insecure about his work, tell him he’s doing a good job. If he doesn’t like a certain part of himself, let him know that there’s nothing wrong with him.

He may also need encouragement from his friends and other people around him. If you like him and he’s just not picking up on that, see if his friends can help you convince him of your feelings.

If he does flirt with you, encourage that behavior. Flirt back and show him that you like what he’s doing.

If he does start chasing you, make sure he knows that you like it. Don’t leave any room for doubt.

Cancer men need emotional support from the people around them. They are highly sensitive people and are prone to moodiness and bouts of depression.

One way you can “chase” him is by being there for him when he needs it.

Check-in on him if something seems off. Ask how he’s doing. If he’s sad, ask what you can do to make him feel better.

If you want to know how to tell if a Cancer man is not interested in you, pay attention to whether or not he reaches out to you for support.

If he never comes to you with his problems, he may not be interested in you. When he’s interested in someone, being with them makes him happier.

If he does come to you with his problems, be there for him. Do what you can to listen to him and support him in any way that you can.

Sometimes, you may need to take a step back from chasing a Cancer man. You don’t want to overwhelm him or come on too strong.

A Cancer man needs time to think before he gets into a relationship. Don’t pursue him constantly! Give him a break so he can sort through his emotions.

If he thinks you’re too intimidating or bold, he’s unlikely to try and pursue you. He wants to feel like an equal in a relationship. If you’re “too much” for him, he might feel inferior.

Show him that you’re interested and then give him some space. Allow him to decide if he wants to pursue you.

If you notice that he’s getting overwhelmed, chill out. You can make it obvious you care about him without constantly flirting or hanging all over him.

Let Him Pursue Too

Cancer men do like to pursue the people they like sometimes. They just take a while to become confident enough to do so.

After you’ve made it obvious you like him, he may become more confident. If he knows that you aren’t going to reject him, he’ll be more likely to start chasing you.

If you want to know how to tell if a Cancer man is interested, stop pursuing him for a bit. If he sticks around and starts pursuing you back, that’s a good sign.

If you’ve been pursuing him and he starts to flirt with you and chase you after you’ve backed off, that’s a sign a Cancer man likes you more than a friend.

A Cancer man needs help coming out of his shell sometimes. He can be shy. He’s sometimes a homebody and he doesn’t always get out of his comfort zone.

In order to pursue a relationship with him, you’ll need to make him feel more comfortable around you.

You may need to make an effort to get him out of the house too. You want to make sure you’re able to see him! Invite him to the movies or on other lowkey dates.

He won’t always want to go to a huge party or another group event. If you only invite him to things like that, he’s more likely to turn you down.

Show him that you won’t judge him for being himself around you. If he’s afraid of doing something, support him and show him that you’ll be there for him if he needs it.

A Cancer man will test the waters before getting into a relationship with somebody. He wants to make sure that you’re serious about him first.

You’ll need to be patient while chasing after a Cancer man. He might not always notice right away that you’re interested in him.

Just go at his pace. Show him that you’re willing to wait until he’s ready.