Will Ignoring a Pisces Man Make Him Chase You? 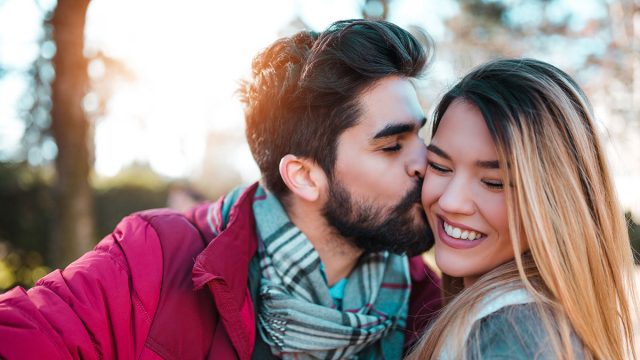 Will ignoring a Pisces man make him chase you? Not necessarily. Pisces men are more likely to become upset when you ignore them.

You need to be careful when ignoring a Pisces man. He is sensitive and may back off instead of chasing you.

If you try to ignore a Pisces man to make him chase you, don’t ignore him completely. Give him a short break from you. That will be enough to make him miss you, and he might reach out.

If a Pisces man seems upset, don’t ignore him. If you are ignoring him and his mood changes, stop ignoring him! Pay attention to his emotions.

A Pisces man might panic if you start ignoring him for no reason. Pisces men need a lot of reassurance that the people around them care. Ignoring him isn’t usually a good idea.

Give Him A Short Break

Should you ignore a Pisces man? If you do, don’t do it for long. It’s usually better to give him a short break instead.

A Pisces man might appreciate some time alone now and then. Many Pisces men are introverts and like to take a break from socialization.

If you give a Pisces man some time to himself, he might start to miss you. He won’t feel ignored, especially if he genuinely needs alone time.

Your Pisces man will feel respected and cared for if he thinks you’re giving him a break to recharge his batteries. He will likely come to you once he’s up to socializing again.

Anything more than a short break is risky, though. Most Pisces men do not like to be ignored by the people in their lives. Giving him some time to recharge is never a bad idea, though.

Depends On His Mood

If a Pisces man needs some downtime, he will likely appreciate you leaving him alone for a while. He won’t necessarily think you’re ignoring him. He will just think you’re respecting his need for space.

When a Pisces man wants attention from you, he will become sad if he thinks you’re ignoring him. If you don’t reply to his messages or blow him off any time he wants to hang out, he’ll become depressed.

Ignoring a Pisces man when he is upset is also a bad idea. He won’t chase after you. He’ll just become sadder and think you don’t want him around.

Ignoring a Pisces man after a breakup is usually not the best idea if you want to get back together with him. Instead, you should drop some hints to show your interest.

Dropping hints is a good idea if you want to get with a Pisces man. Overt flirtation might be too much for him, but subtle signs of affection are usually a good idea.

If you want a Pisces man to chase you, ignoring him usually won’t do it. You have to show some interest in him.

You can let your Pisces man know that you’re available if he wants to hang out. He might take the hint and ask you out if you don’t want to ask him out directly.

Some light flirtation is a good idea as well. You can show your interest in a Pisces man without being too pushy. That is usually a better idea than ignoring him.

This magic will make your Pisces man want a relationship with you.

Will a Pisces man come back if you ignore him? He’s honestly more likely to assume that you’re not interested. If he thinks that, he’ll leave you alone.

If you do ignore a Pisces man, don’t do it for too long. Don’t ignore him entirely, either.

You can wait to respond to a Pisces man when he messages you. Leave him wondering what you’re up to instead of replying right away.

When you ignore a Pisces man for days at a time, though, he will stop messaging you. He doesn’t want to pursue somebody if he thinks they’re not interested in him.

If you don’t want to come on too strong, you can wait for a Pisces man to approach you when you two end up at the same event. Once he does approach you, don’t ignore him. Show interest instead.

Mix Up Your Strategy

Will a Pisces man chase you? Most of the time, Pisces men don’t take the initiative in relationships. You will usually have to chase him first.

If ignoring your Pisces man isn’t working, mix up your strategy. You’ll likely need to try a few different things if you want a Pisces man to chase you.

If you want to make a Pisces man chase you, you’ll need to try out a few different things. You may even find that it’s impossible to get your particular Pisces man to chase you. You may need to chase him first.

You can be friendly with your Pisces man. Show him that you’re interested in what he has to say.

Try being vulnerable with him as well. Pisces men want to feel an emotional connection with someone. That is usually more successful than ignoring him if you want him to chase you.

This one weird trick is the only way to attract a Pisces man.

Pisces men need a lot of reassurance from the people in their lives. They often have low self-esteem.

Your Pisces man may become self-conscious if you ignore him. He may assume that you don’t like him or enjoy having him around.

If you ignore your Pisces man, be prepared for it to backfire. He might not chase you at all because he may think that you don’t want him to.

If this happens, you will need to reassure your Pisces man that you do want him around. Let him know that you enjoy his company and that you are interested in him. If you don’t do this, he’ll likely just back off.

A Pisces man won’t always assume that you’re playing hard to get. You need to show interest in him if you want him to chase you, not ignore him.

When you ignore a Pisces man for seemingly no reason, he might panic. He’ll start to wonder what he did wrong. He won’t always assume you’re playing hard to get.

If your Pisces man sends a message asking if you’re alright or if he did something wrong, don’t keep ignoring him. Your attempt to get him to chase you has failed, and your Pisces man is likely panicking.

When your Pisces man starts panicking because you’re ignoring him, you’ll need to do some damage control. Let him know that he hasn’t done anything wrong. Switch to a different strategy if you want him to chase you.

Pisces men are very emotional people. A Pisces man is more likely to assume he’s offended you or that you’re not interested if you ignore him.

Should you chase a Pisces man? You should! Show interest in him and tempt him a bit. That is usually a better idea than ignoring him.

You can tempt a Pisces man by connecting with him on a shared hobby or other interest. He will want to reach out to you to talk about that interest, especially if it’s a unique one that he doesn’t share with anyone else.

You can also tempt a Pisces man by opening up to him. Pisces men are very into emotional connections, not just physical ones. You can “seduce” a Pisces man by being vulnerable with him.

This is usually a better technique than ignoring a Pisces man. Connect with him instead. Show him that you’re a good match for him.

If you want to get a Pisces man’s attention, you need to be available. Make sure you have time in your schedule if he does ask you to hang out with him.

A Pisces man might not chase you if he thinks you’ve got too much going on. If you constantly turn him down, he’ll assume that you’re just too busy for him!

Let your Pisces man know that you have time to hang out with him. If he asks to do something with you, tell him when you’re available. Don’t just turn him down, even if you are currently busy.

Longing to win the heart of a Pisces man? Put him under your spell...

A Pisces man’s communication style can be confusing sometimes. He is highly emotional, but he isn’t always direct.

You’ll need to learn how to read a Pisces man’s emotions if you want to get with him. This is important if you start ignoring him to try and make him chase you.

A Pisces man might get sad if you’re ignoring him. If that happens, he’ll probably sulk instead of chasing you. If you know how to read his emotions, you’ll be able to tell he’s sad and stop ignoring him.

Your Pisces man will feel like you care about him if you know how to read his emotions. He’ll notice if you always reach out when he’s sad and will be more likely to go to you in the future when he needs support.