Why is Libra Man Slow to Commit to a Relationship? 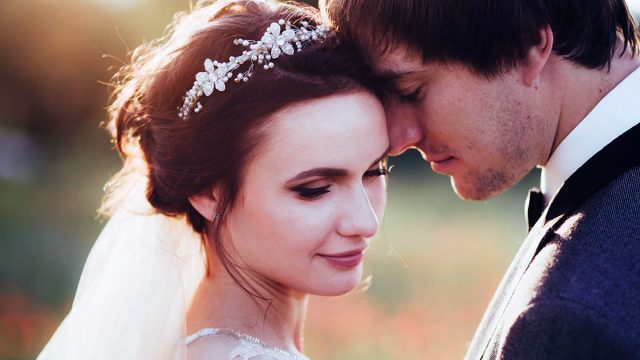 If you’re dating a Libra guy and he won’t take your relationship to the next level, you might wonder why a Libra man is slow to commit.

What makes this sign so reluctant to settle down with a partner?

When your Libra guy won’t propose to you or even suggest being in a monogamous relationship, don’t get discouraged or think it’s your fault.

Libra is one of the zodiac signs that take the longest to settle down with a partner, regardless of who it is or other circumstances.

Once you have a better understanding of Libra’s typical traits and behaviors, you will know why it takes so long for a Libra man to commit to a relationship.

He Avoids All Commitments

While Libra has many wonderful qualities, a Libra man’s weakness is his inability to commit.

If your Libra man is taking it slow and won’t ask you to be in a relationship with him after several months of casual dating, try not to take it personally because this is normal behavior for a Libra guy.

It’s not just relationships he struggles to commit to but also every other aspect of his life. He hates signing contracts or making any sort of long-term promise.

He can hardly commit to which movie he wants to see at the theater on your date, much less who he wants to spend the rest of his life with.

If you want to know how to get a Libra man to commit to a relationship, you can’t put any pressure on him.

He has to know that his desire to commit to you was his idea without any coercion from you. Don’t give him an ultimatum or tease him daily about settling down together.

It might take a long time, but your Libra guy will come around eventually.

And when he sees how patient you are and that you don’t make him uncomfortable by pushing him into a commitment he’s not ready for, he will want you even more.

Besides being non-committal, another of the Libra man’s negative traits is his indecisiveness. The two characteristics are connected because if a Libra man can’t decide what he wants in the first place, he definitely won’t commit to his decision.

No matter how insignificant the decision may seem, it’s daunting to a Libra guy. Choosing what to wear or what to eat for dinner overwhelms him just as much as choosing whether or not to settle down with someone.

While you shouldn’t pressure your Libra guy into committing to you, you can speed along the process by helping him be more decisive in other areas of his life.

When he can’t choose between two menu items for dinner, help him quickly weigh the pros and cons of each. When he’s choosing a new car to buy, help him research the different makes and models.

Encouraging him to become more decisive in other aspects of his life without pressuring him to settle down with you will make your Libra guy more likely to commit.

He Is Idealistic about Relationships

Every zodiac sign is guided by a particular celestial body that reveals the strengths and values of that sign. Libra is ruled by Venus, the planet of love, beauty, and art.

With Venus as his guiding planet, the typical Libra man’s personality is sweet, charming, and romantic. He believes in true love and he prefers being with a partner to being single.

He can be a bit idealistic about relationships, though. Thanks to Venus, he thinks love should be a powerful, all-consuming, fantasy-like experience.

It’s hard for him to reconcile his ideas about love and relationships with the reality of having a romantic partner.

He likes the thrill and excitement of falling in love but not the responsibilities that come with being in a long-term relationship.

A Libra guy needs to put his romanticism aside and recognize that fights, disagreements, unglamorous chores, and boring nights at home on the couch are all parts of normal, successful relationships.

Once he learns that life with his partner doesn’t have to be perfect, he will be more likely to commit.

He Is Easily Distracted

Each sign of the zodiac correlates with one of the four natural elements: air, earth, fire, or water. The natural elements reveal some of the dominant personality traits of the signs.

Libra is one of the three air signs of the zodiac, and air signs are known for being philosophical, analytical, and social. Air signs are very cerebral, so they are always thinking and often get lost in their own minds.

Air signs get an unfair reputation for being airheads because they always have their heads in the clouds, but the truth is that they’re very intelligent and thoughtful.

But they are also easily distracted, which is another reason why it’s hard for a Libra man to commit.

When you’re dating a Libra guy and it’s difficult for him to make time for you, don’t take it as one of the signs a Libra man is not into you.

He is always being pulled in several different directions and has a hard time focusing all of his effort and concentration on just one thing.

His relationships get pushed to the side while he works on his career, his friendships, or his hobbies.

If you’re wondering what to do when a Libra man pulls away, don’t settle for his leftover time. He will never commit to you if he doesn’t see you as a priority.

Make plans with him, even if they are in the distant future, instead of letting him come over whenever he calls at the last minute.

Ask him to put away his phone while you’re spending quality time together, and extend the same courtesy to him.

He Has Lots of Options

His guiding planet Venus represents love and beauty, which means that a Libra guy is naturally gifted with good looks and a charming personality.

He has a keen eye for aesthetics and knows how to present himself to the world in an attractive way. His physique and character are designed to draw others to him like a magnet.

One of the reasons it’s so hard for a Libra guy to commit is that he has tons of options. Women fall at his feet, so he never has to stay single for very long.

Other women try to tempt him even when he is in a committed relationship and, combined with his easily distracted nature, it can be difficult for a Libra guy to stay faithful.

If you want to make a Libra man chase you and commit to you, you have to keep his attention and show him that you’re the best girl for him.

Point out all the ways you’re compatible, and do things to keep your relationship fun and exciting like planning adventurous dates and being spontaneous.

He Gets Anxious About Commitment

Thanks to the cerebral, pensive nature of the Libra zodiac sign, a Libra guy tends to overthink everything.

He is prone to anxiety because, while generally optimistic, he can see all the potential negative outcomes of a decision.

What scares a Libra man about commitment is the thought that he can’t change his mind. He prefers making decisions that can easily be changed, like picking which shirt to wear.

He also might have certain goals he wants to achieve before committing to a partner because he fears he won’t be able to reach them if he’s too focused on someone else.

He might say that he wants to be in a particular place career-wise or make a certain amount of money before settling down.

You can get your Libra guy to commit to you by soothing his anxieties and showing him that having you as a partner will only help him reach his goals.

Show him that you support and encourage him in all his endeavors and that having you by his side makes him stronger than if he was on his own.

He Isn’t Blinded by Love

Although Libra is a very romantic sign thanks to the influence of Venus, don’t think that a Libra guy is so romantic that he is blinded by love.

The practical, logical, and analytical side of Libra wins over his idealism every time, so he won’t see his relationship through rose-colored glasses.

It’s not enough for him to be head over heels in love with a woman. He will only commit to her if he also thinks the relationship has a real chance of lasting.

This is why it’s important not to question your Libra man’s feelings for you when he is reluctant to commit.

If you want to know how to get a Libra man to fall for you, you have to show him that your relationship is practical and has what it takes to go the distance.

Be his partner by assisting him with various projects. If he has a speech to give at work, help him write it and let him practice presenting it to you.

Run his errands with him so he sees that even the dull, mundane things are more fun and exciting with a partner.

He has to see that a relationship with you is both practical and romantic, so make sure to show him both sides.

What is The Libra Spirit Animal? (Definitive Answer)7 Signs a Libra Man is Serious About You
Hello, I'm Maria