Is Sagittarius Man Jealous and Possessive in a Relationship? 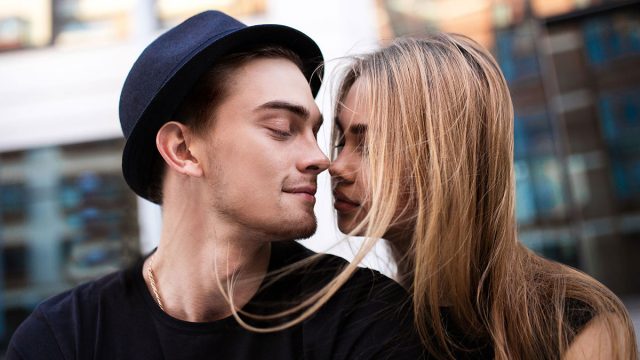 Most Sagittarius men are not jealous and possessive when in love. They want their partners to be as free and independent as they are.

Even if he feels jealous, he’ll try to let the feeling pass. He won’t act on those feelings by trying to control you.

Sagittarius men value freedom in their relationships. They will end a relationship if they think their partner is too controlling or too reliant on them. This means he’ll try to never act jealous or possessive.

When he trusts you, that will make him less likely to become jealous or possessive. Even if you’re talking to other men, he’ll know that you won’t do anything to betray him.

Sagittarius men are flirts themselves. You can get away with a lot without making him jealous because he understands the need to flirt for fun.

Many Sagittarius men are flirts. They think flirting is fun and they don’t always take it seriously.

Your Sagittarius man will likely flirt with other people from time to time. This doesn’t mean that he intends to cheat on you. He’s just having a bit of fun.

If he sees you flirting with someone else, he’ll just assume that you’re also having a bit of fun. Unless he has another reason to believe that you’re cheating on him, he’s not going to get upset.

Some Sagittarius men might even like it when their partner flirts with other people in front of them. He might feel like she’s setting up some friendly competition between him and the other men she’s flirting with.

He won’t assume that you’re flirting with every single man you talk to either. He won’t get jealous if you have male friends or if you spend a lot of time with a male coworker.

Your Sagittarius man doesn’t want you to tell him he can’t flirt with other people. He won’t tell you that you can’t either.

Many Sagittarius men are lighthearted people. They don’t take everything in life seriously.

He is not a paranoid partner. If you stop texting him while you’re out with your friends, he’ll just assume that you’re having fun! He doesn’t always respond to texts when he’s out either.

He would rather see the good in you as well. He doesn’t want to think that you’re doing anything to betray him.

If there ever is an actual problem, he will of course try to address it. When something isn’t a problem, though, he’s not going to make it into one.

Your Sagittarius man wants your relationship to be enjoyable for both of you. If he’s constantly acting jealous and possessive, he knows that will put a damper on things.

Even if a Sagittarius man loves you, he’s still going to want you two to have your own lives. He values his freedom as well as the freedom of those around him.

There will be times where he wants to go on a trip by himself or with friends and he won’t invite you along. He’ll expect that you let him do that without getting upset.

When you want to do things without him, he won’t think anything of it. If you want to go to a club or take a weekend trip with friends, he’s not going to be upset.

Even if he gets jealous of the vacation you take without him, he’s not going to get mad at you. He’s more likely to plan a different vacation for the two of you at a later date.

He Respects Your Independence

A Sagittarius man in love respects the independence of his partner. He has no desire to ever control the people he loves.

He hates feeling like people around him are trying to control him. If a Sagittarius man has a possessive partner, that relationship likely won’t last long.

A Sagittarius man will never tell you who you can and cannot interact with. He will never control your life, at least not intentionally.

If a Sagittarius man ever seems possessive or controlling, it may just be because he’s trying to control the circumstances around him, not you.

When a Sagittarius man misses you, he won’t react to that by demanding you spend time with him. He’ll reach out but he won’t try to control what you do.

What happens when you ignore a Sagittarius man? If you’ve been ignoring him and spending time with other people, he might get jealous. He won’t act on that jealousy most of the time.

Everyone gets jealous from time to time. If you go on a trip to somewhere he’s been wanting to go, he might get jealous that you went without him.

He may get jealous if you’ve been hanging out with your friends every night and aren’t making any time for him.

A Sagittarius man usually won’t react to his jealousy with anger, though. He isn’t likely to lash out when he feels jealous.

Instead, he will deal with his emotions on his own. He’ll try to just let them pass. The majority of the time, his jealousy will fade quickly.

Some Sagittarius men are insecure about the way they express emotions.

Your Sagittarius man likely knows that he’s emotionally detached. He also knows that bothers some people! This emotional detachment does have some plus sides, though.

Even if he does start feeling jealous or possessive, he’s going to be able to hide those emotions until he gets over them.

A Sagittarius man isn’t likely to let his emotions get the best of him. Even if he feels jealous, he won’t let that turn him into a possessive or controlling person.

Is a Sagittarius man controlling? For the most part, he’s not. He values the freedom of others just as much as his own freedom.

Sagittarius men want to be in control of themselves, not other people. If you have a Sagittarius partner, he’ll be more focused on handling his own life. He’s not going to try and dictate what you do with yours.

He has no desire to control you. He likes it when his partners are independent and capable of handling themselves without his help.

A Sagittarius man’s behavior in love is pretty easygoing. He often assumes the best about his partner. He’s optimistic and truly believes that things will work out if they’re meant to.

This makes him less likely to act possessive or controlling. Even if he does feel jealous or insecure, he’ll try to deal with it instead of taking it out on you.

He won’t assume the worst if you talk to one of your exes or don’t return his phone call. He will always try to see the best in you. He’ll go with the flow and let you live your life as you see fit.

Possessive partners often cause problems in relationships. Nobody wants to feel like their partner is trying to control them. Your Sagittarius man will do his best to always remain calm, even in situations where he does feel jealous.

Are Sagittarius men possessive? Even if he starts to feel that way, he can usually use his logic to convince himself not to act on those feelings.

If he ever starts to feel jealous, he’ll think over why he feels that way. He will try to work through his emotions in a calm, rational way.

If he thinks you’ve done something to betray him, he’s not going to confront you about it unless he has proof. He doesn’t make decisions based on gut feelings.

He will always try to assume the best. He won’t jump to conclusions. If he does get jealous, he’s not going to take his feelings out on you.

He Trusts His Partner

A Sagittarius man isn’t possessive over his partner most of the time because he trusts her. He doesn’t need to constantly be around her because he knows she can handle herself.

If he’s in a relationship with you in the first place, it’s because he trusts you. If you two have committed to having a monogamous relationship, he has no reason to believe that you’re going to betray him.

Ignoring a Sagittarius man won’t always result in making him jealous or upset. He might just assume that you need some space and he’ll be happy to give that to you.

He is an optimistic person. He wants to see the best in his partner at all times. He would rather trust you and let you live your life, rather than try to control you.