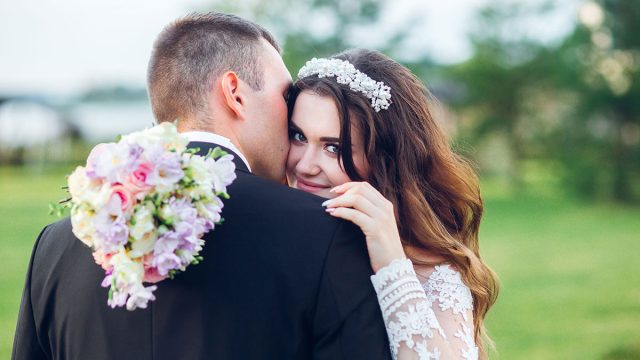 A Leo man’s commitment to you will be very obvious once he’s ready to commit. He is a straightforward person and he won’t waste any time if he wants a serious relationship.

A Leo man will start to show you he’s ready to commit when he stops dating around and deletes his dating apps. If you two weren’t exclusive before, this is a sign he’s ready to date only you.

He will also make sure everyone knows that he’s dating you. He’ll make you two “official” on social media.

If he starts talking about the future and includes you, that’s a definite sign he’s ready to commit. He may also start to talk about commitment abstractly to see how you feel about it.

1. He Brags About You

Even if a Leo man is moving slowly, he’ll show that he’s thinking about commitment when he starts bragging about you to all his friends.

He will happily let everyone around him know how great you are. He’ll show off your art, tell everyone when you get a promotion, and compliment your skills to anyone who will listen.

He’ll post photos of you on social media. He does this to show you off and let everyone know that you’re the one who has his heart.

The things he says won’t be insincere either. He legitimately thinks you’re great! He loves you and he wants everyone to know what an awesome person you are.

When he starts showing you off to everyone, that means he intends to keep you around for a while.

Some Leo men will casually date multiple people. If you two haven’t talked about being exclusive, he might still be seeing others.

If he stops doing this, that’s a sign that he’s ready to take your relationship seriously. This is one of the signs Leo man is interested in committing to you.

He will stop dating other people before he brings up the idea of commitment. He wants you to know that he’s serious about you.

He’ll want to stop dating other people anyway. He’ll feel entirely satisfied with you and won’t feel the need to seek other people out.

You can’t make a Leo man want a relationship if it’s just not something he wants. He’ll keep dating around and focusing on himself if he wants to.

If a Leo man doesn’t want a relationship or is worried about making a commitment, he’ll keep all his dating apps downloaded on his phone. Even if he’s not actively dating around, he likes having the option.

The best way to know when a Leo man is playing you is to pay attention to his dating app activity.

If he’s just worried about committing, he might have the apps but he won’t actively talk to people. If he’s always chatting and looking through the app, though, he might not take your relationship seriously.

If you ask him to delete his dating apps and he does so without putting up a fight, that’s also a sign he’s ready to commit.

This is one of the obvious signs a Leo man is serious about you. If he doesn’t want to commit to you, he’s never going to bring the subject up, even hypothetically.

If he starts talking about commitment, even abstractly, then he’s getting ready to commit to you. He may start mentioning things to see how you react to the idea of commitment.

He might start casually mentioning marriage or weddings. If he has a family member getting married soon, he might talk about what he’d like to do when he gets married.

He won’t shy away if you bring up commitment either. He’ll happily talk about whatever you want to talk about. He won’t just ignore any hints you’re dropping.

Are Leos scared of commitment? Some of them are. Some just prefer the single life. If commitment isn’t on his mind, he’s never going to bring it up. If he starts talking about marriage or other huge commitments, he’s ready.

This is an obvious sign that a Leo man is ready to settle down with you. If he doesn’t want to be in a long-term relationship with you, he’s not going to want to live with you.

He may start asking when your lease is up or mention that his is going to end soon. He might start to show you apartments and ask what you think about them.

If you bring up the idea of moving in together, he won’t agree if he’s not ready. If he doesn’t want to commit to you he won’t move in with you just because you asked.

He will often be the one to ask you to move in first, though. As soon as he decides he’s ready, he’ll want nothing more than to live with you as soon as possible.

6. Talks About the Future

If you aren’t sure how to tell if a Leo man is falling for you, pay attention to how often he includes you when he talks about the future.

He will talk about future events as if you are obviously going to be there with him.

If his cousin is getting married next year, he’ll ask you to come along. He’ll ask you whose family you want to spend the holidays with next year.

He will also make long-term plans with you. If he starts planning out trips with you one or more years in advance, he intends on sticking around.

Leo men love to be the center of attention. Your Leo man likely enjoys the spotlight and enjoys it when all eyes are on him.

When he starts sharing that spotlight with you or giving it over to you entirely, that is a sign he’s ready to commit to you.

Leo men are generous partners. He doesn’t just want success, he wants to share that success with his partner.

He won’t go to a party and toss you aside to go talk to everyone else. He’ll make sure that you’re having a good time. He’ll include you in all his conversations or even just spend time with you the whole time.

If you need him to be there for you, he’ll set aside his own needs or cancel other plans to support you.

How does a Leo man show interest in a woman? One of the ways he does this is by going out of his way to help her be successful.

If you have your own business, he’ll tell everyone about it. He’ll post links to your website on his social media. He will pass around your business cards to everyone he knows.

If you are an artist, he’ll share your art with people. He’ll happily display it in his home. He’ll show it to all his friends and family. If you’re a professional artist, he’ll encourage people to buy prints or commission you.

He’ll encourage you if you’re thinking about going back to school. He might even offer to help financially support you so that you can focus on school without worrying about finances.

When a Leo man wants to spend his life with you, he’ll start including you when he makes financial decisions.

He’ll ask you before he drops a large amount of money on a new computer or a holiday for the two of you.

If he’s the type to keep a budget, he will ask your opinions and include you when he’s planning things out.

He may also want to combine your finances. He’ll bring up the idea of having a joint bank account or adding you to his credit card account.

If he makes more money than you, he might offer to take over a larger share of bills. He’ll happily share his money with you so that you can both be comfortable.

If a Leo man is afraid of commitment, it might be because he’s worried about giving up control. He might be worried that it will stifle his freedom.

When he starts making compromises with you, that’s one way of showing you that he’s okay with giving up some control. He’s willing to change certain things or make sacrifices because he wants to be with you.

He will listen to your concerns and make changes to his behavior if needed.

He will include you before he makes any large decisions too. He won’t just get a new job in a different city without asking how you feel about moving.

Compromise won’t be something he does begrudgingly. He will make an effort to compromise with you because he loves you and he wants you both to be happy in the relationship.

Recommended Articles
Will a Leo Man Give An Apology After Upsetting You?Is Leo Man Jealous and Possessive in a Relationship?
Hello, I'm Maria