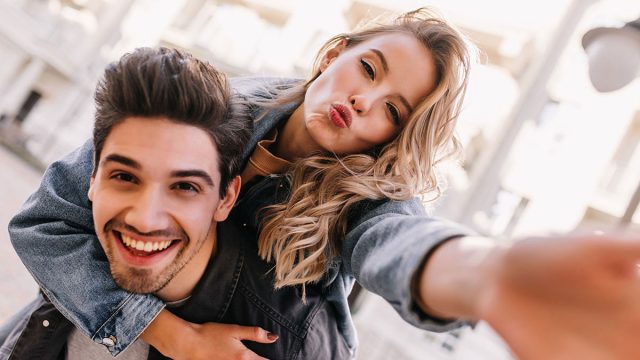 July Leos and August Leos can sometimes seem different. This is because each sign is divided into subsections. August Leos genuinely are a different type of Leo than July Leos.

Both types of Leos are still Leos and have traditional Leo traits. August Leos have some additional characteristics, though.

July Leos are stereotypical Leos, meaning they are attention-seeking, dramatic, and loud. You will notice these Leos, and they stand out from the crowd. These Leos are the most creative, charming, and confident.

August Leos can also have the same traits as July Leos. However, they might also be less egotistical and more fun-loving. They can be philosophical, spontaneous, and even aggressive.

August Leos might have traits you usually see in the other two fire signs, Sagittarius and Aries. They aren’t entirely like these two signs. They just have some influence from them.

The Sun vs Jupiter & Mars

A July Leo will have the most stereotypical traits. This is because of the way planet rulership works with each zodiac sign.

There are three different types of Leos. Each zodiac sign is divided into three subsections, called decans. The three decans of Leo are known as the “Leo decan,” the “Sagittarius decan,” and the “Aries decan.”

The influence of the other fire signs doesn’t mean that Leo’s second and third decans are exactly like Sagittarius and Aries.

Second decan/Sagittarius decan Leos are ruled by the Sun, but their subruler is Jupiter. Second decan August Leos might be philosophical, generous, and spontaneous.

Third decan/Aries decan Leos have Mars as a subruler. Third decan August Leos can be aggressive, opinionated, and courageous. They tend to have highly fiery personalities, more so than July Leos.

A tiny trick to snatch your Leo man's heart?... even if he's cold and distant...

The July Leo personality is extremely attention-seeking. These Leos have big egos and need all eyes to be on them.

You will often find July Leos at the center of a crowd. People are naturally drawn to them, and they love it! A July Leo won’t always have to look for attention because people will usually give it to them.

July Leos make great public speakers and performers. They excel at any activity that involves being in front of a crowd.

A July Leo may also become upset if they aren’t getting attention. If they are at a party and nobody is approaching them, they may engage in attention-seeking behavior. Some July Leos will do anything to get the attention they want.

Attention-seeking might be part of the August Leo personality but not to the same extent as a July Leo. August Leos are more fun-loving and will give others attention to have fun.

August Leos get satisfaction from having fun, either by themselves or with other people. They are often okay with doing activities alone, even if that means they won’t be getting any attention.

An August Leo might be better at sharing the spotlight because they know that it’s no fun for other people when they hog all the attention.

Leo is a dramatic sign. Leos are expressive people, and even if they don’t think of themselves as being emotional, they are.

July Leos are flamboyant. They are known for having almost theatrical displays of emotion. They are incredibly entertaining when talking and telling stories as well.

Being dramatic isn’t a bad thing! Many July Leos make excellent actors and performers. A July Leo can draw in a crowd with their theatrical nature.

A July Leo’s dramatics can be negative, but not all of their dramatics are this way. They might exaggerate when talking about an argument they had with someone else. They may overreact to minor slights as well.

August Leos can also be dramatic, but they are often less theatrical and more opinionated. August Leos are fiery and highly dedicated to their views and opinions.

Some August Leos can be argumentative like an Aries. They can also be very fixated on their own opinions like some Sagittarius people are.

You can trust that an August Leo will stick to their convictions. If they believe something, it can be challenging to change their minds.

An August Leo’s opinionated nature is excellent when standing up for people they care about or a good cause. It can be frustrating if their views are misguided.

Is your Leo man not communicating with you? Here's the trick to reel your Leo back in.

Being bold is one of the similarities between July Leos and August Leos. They express their bold nature in different ways.

July Leos are loud in more ways than one. They are highly vocal and bold in everything they say. July Leos tend to speak loudly, both in volume and by making bold statements.

A July Leo may also dress in a “loud” way. They often wear bright colors or luxurious, expensive clothing. They are bold in their fashion sense.

You will often find July Leos doing activities that allow them to be loud in productive ways. A July Leo might enjoy karaoke, for example, because they can get up on stage and be as loud and wild as they want.

August Leos express their bold nature by being spontaneous. Some August Leos are impulsive, but others are better at moderating their spontaneous nature.

An August Leo is willing to take risks. They are the type of people who rarely say no to something.

August Leos are often thrill-seekers. They are bold in everything they do and love experiencing new things.

Their fun-loving nature only adds to their spontaneity, as they are often spontaneous in their quest to experience life to the fullest.

Creativity is one of July Leo’s characteristics. July Leos are incredibly artistic and talented at creating things.

July Leos are great with their hands. Some July Leos are painters, sculptors, or actors. They enjoy doing art that involves activity.

Many July Leos also have creative ways of thinking. They are unique individuals who need to express themselves creatively.

July Leos need to express themselves to be satisfied in life. They often become depressed if they have careers that don’t allow them to be creative.

Even if they aren’t artists, they need jobs to express themselves and have their voices heard.

An August Leo might express creativity in the way they speak. They will often have interesting ideas related to philosophy.

You can keep an August Leo happy by asking philosophical questions and letting them tell you all about what they think. Many August Leos get the attention many Leos desire by sharing their views.

This one weird trick is the only way to attract a Leo man.

Are July Leos and August Leos different? They can be! Not all of their differences are extreme or obvious. They are still there, though.

The difference between being confident and being courageous can be minor at times. These two traits are related, but they aren’t the same.

July Leos tend to be more confident, though this is a trait many Leos have. However, some July Leos are confident to a fault.

A July Leo might be so confident in their point of view that they refuse to listen to other people. They might refuse to admit when they are wrong because of their overinflated sense of self.

Confidence isn’t a bad thing. A July Leo might have an infectious personality because of their confidence. Some July Leos are also great at building up the confidence of others.

August Leos tend to be courageous. They are brave, and they have no problem stepping outside of their comfort zones if they need to.

An August Leo will stand up for what they believe. They will defend the people they love. You can trust an August Leo to follow through with any task they take up because they aren’t afraid to do new things.

One of the differences between July Leos and August Leos is that August Leos tend to be more aggressive. This is especially true for August Leos born in the Aries decan.

July Leos are very charming people. They can draw others in with their natural magnetism and their enigmatic nature. People enjoy being around July Leos.

July Leos can use their charming nature to hide any anger. They don’t often like being angry.

August Leos can be fun until you get on their bad side! An August Leo might have a much shorter temper than a July Leo.

Some July Leos try to ignore their anger. They might cover up frustration by being pleasant and having a good time instead. August Leos won’t necessarily do that.

If you are ever arguing with a Leo and they explode with anger, they may be an August Leo. These Leos have no problem fighting with other people.

Related Articles
What To Wear To Attract a Leo Man? (Dress For Sign)Keys to Talking About Feelings With a Leo Man
Hello, I'm Maria