What to Expect From a Pisces Man After He Breaks Up 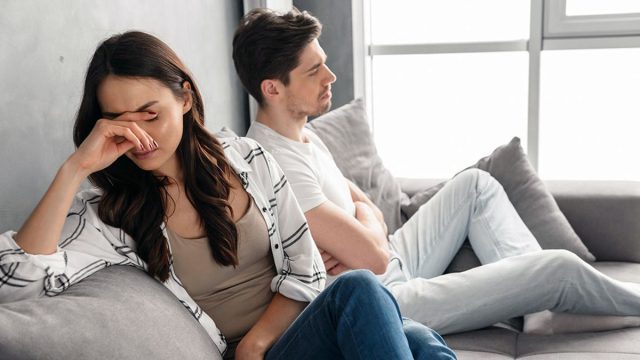 A Pisces man after a breakup is going to be highly emotional. Even if he ended the relationship, he’s going to be upset.

Unlike some other signs, Pisces is not afraid to express how he feels. You’ll know if he’s sad or angry.

Pisces men crave connection with other people. While you two were dating, he likely developed a deep connection with you. Even if he ends the relationship, that connection isn’t going to go away immediately.

A Pisces man is likely to miss his ex. He may feel nostalgic for the relationship he once had with them. Even years later, after he’s over the relationship, he might still think of his ex from time to time.

He will be very emotional. He’ll need a lot of support from friends and family to get over the breakup.

Even when a Pisces man is done with you and he’s the one to break up with you, he’ll still be upset following a breakup.

He might not want to break up. If you cheated on him or did something else to betray him, he might feel like he has to anyway.

Whatever the reason for the end of the relationship, he’s likely to be upset. Even if you two mutually decided to break up, he’s still going to feel the loss of your relationship deeply.

Pisces men are hurt easily. They feel their emotions very strongly. He’s going to mourn the relationship you two once had no matter who broke up with who in the end.

A Pisces man might reach out following a breakup because he misses you. Even if was the one to end the relationship, he’ll still feel nostalgic now and then. He’ll miss having you around.

He might also just miss the idea of a relationship and not actually the person he was in the relationship with.

He will miss the emotional connection he had with his partner. He’ll miss the routines they had together. He will miss all the things they used to do as a couple.

He takes relationships seriously most of the time. If his relationship ends, even if he’s the one to end it, he’s going to miss it. He will definitely feel the loss.

ignoring a Pisces man after a breakup is a good idea if you have no intention of getting back together with him.

If he misses you and wants to get back together, he might get the wrong idea if you reach out to him too often. It’s better to keep your distance.

Pisces men are usually very expressive people. Even if they don’t always want to be, they can’t help it most of the time.

If he’s feeling deeply hurt, he is going to express that hurt.

He will let you know how he feels while he is breaking up with you. He’s going to express any hurt he feels over your actions. If you didn’t do anything wrong, he’ll also express regret for anything he’s done to hurt you.

He’ll likely reach out to friends and let them know what’s going on. He’ll need a shoulder or two to cry on following a breakup.

How do Pisces deal with breakups? Unlike some other men, Pisces men have no problem with expressing how they feel. He’s not going to pretend he’s okay if he’s not.

If a Pisces man is heartbroken, he’s going to express that. Everyone around him will know. He’s not going to hide it at all.

When he feels sad, he’s going to act on those emotions. If he’s angry, he’s not going to keep that bottled up inside.

He may not necessarily go out of his way to show you how he’s feeling. If he sees you out in public, though, he’s not going to put on a happy face if he’s not feeling happy.

If you are friends with a Pisces man who has just gone through a breakup, you’ll definitely know how he feels about it. He won’t hide anything from you.

How do Pisces men act after a breakup? Many of them get very depressed, regardless of why the relationship ended.

Even if he wanted the relationship to end, he might still get depressed. He might feel like he failed somehow. He may start to think that he’s just not cut out for relationships.

He might get down on himself after a breakup. He may blame himself for any misdeeds his former partner committed.

If the relationship ended because of something his ex did, he might still turn things around and make them his fault.

Pisces men often have a strong emotional connection with their partners. If he had a strong connection like that with you, he’s going to miss it.

He might get extra depressed over things that would normally not affect him that much.

Before, he had you to fall back on. He had somebody around to cheer him up. When he breaks up with his partner, he loses one of his sources of comfort.

How long does it take for a Pisces man to get over a breakup? He might seem to get over it quickly if he’s the type to rebound. Even if he’s physically moved on, though, that doesn’t mean he has emotionally.

A Pisces man might date around as a way of comforting himself.

Not all of these rebound relationships are going to be meaningful to him. He’ll likely take a while to get into another serious relationship.

He just needs a distraction sometimes. He wants to try and get back some of those experiences he had when he was in a relationship.

If you want to know how to approach a Pisces man after a breakup, make sure you set clear boundaries about your relationship.

He probably felt a deep connection with you when you two were together. He’ll crave that level of connection following a breakup.

Even if he was the one to end the relationship, he’ll still miss you and the connection you two had.

If you two stay friends after the breakup and you really don’t intend on getting back together with him, you need to be clear about that.

Some men break up with their exes and never think about them again. Pisces men are not like that at all.

He will get over you eventually. Maybe you’ll always be “the one that got away”. He might always feel some sort of affection for you. He will move on but that won’t mean you’re entirely gone from his life.

Little things might remind him of you, even years after the relationship ended.

He might see a woman wearing an outfit similar to one you used to wear. He might go to a bar you always went to together and remember the good times.

He’ll Think About You Often

Do Pisces men miss their ex? They do. Even if the relationship ended for a good reason, he’s still going to miss them.

Right after the breakup, he’s not going to be able to stop thinking about you. He’s going to keep running through your relationship in his mind.

He will fondly remember the good times you two had together. He’ll feel nostalgic if he finds an earring you left behind at his house or if somebody starts talking about your favorite movie.

He will also reflect on what went wrong in your relationship. He’ll try to think back and find the point where it all went wrong.

He might even imagine a world where you two stayed together. Pisces men have huge imaginations. If he’s feeling depressed, he may let himself get caught up in a fantasy world where your relationship works out for the best.

Do Pisces men come back after a breakup? Many of them do. He might try to get back together with you for a variety of reasons.

He might have broken up with you because you did something he thought was unforgivable. After some time, he might decide that he actually can forgive you. He might realize that he wants to be with you regardless of the betrayal.

If he thought the breakup would be better for you both but he sees that you’re both miserable, he might also reach out to you. Even if you two don’t get back together, he might just want to see how you’re doing.

If you don’t want to get back together with him, leaving a Pisces man alone following a breakup is the best course of action.

Recommended Articles
Easy Guide To Dating a Pisces Man (To Love Success)Reasons Why a Pisces Man is Slow to Commit To a Woman
Hello, I'm Maria