10 Signs an Aries Man is Serious About You 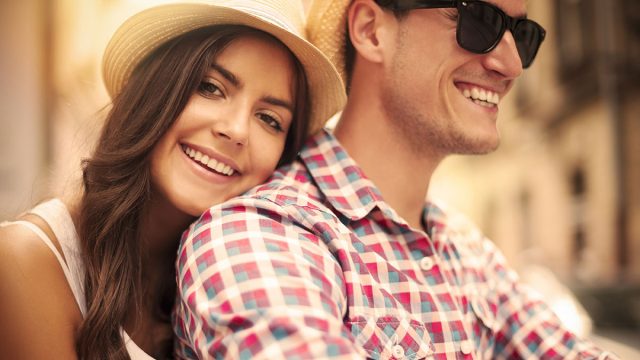 Aries is a passionate sign so a serious Aries man will show many obvious signs he’s in love with you.

If you have to question whether or not he’s serious about you, that’s likely a sign he’s not there yet.

When Aries men are pursuing people, they are bold and confident in their flirting and their attempts to get that person to date them. He doesn’t back down when he wants somebody.

He might hide his feelings at first when he starts to fall for you but an Aries man will eventually show obvious signs of his love for you.

He will be affectionate, he’ll make sure you know he adores you, and he’ll show you off to his friends and family.

He’ll also be open and vulnerable in ways he normally isn’t.

When an Aries man respects you and the two of you share the same core values, that shows you two will be able to have a lasting relationship.

When an Aries man is serious about you, he’ll make sure that you know he has the same values as you. If you want kids, he’ll let you know that he does as well.

If you two have similar morals, that will make him feel closer to you. Aries men take their values and morals seriously. He won’t be serious about you if you two don’t match up on his core values.

An Aries man will be passionate about expressing his views on things. If he’s serious about you, he’ll want to make sure that you two are on the same page about things like marriage, children, finances, etc.

Physical touch is one of an Aries man’s love languages. Aries men are highly passionate and they show their love for people around them with physical affection.

Aries men aren’t always the best at talking about their emotions or being vulnerable but they are great at making you feel loved with their touch.

He won’t be able to keep his hands off you if he’s serious about you. This isn’t just referring to sex. He’ll be generous with his loving touches.

He’ll hold your hand, he’ll kiss you, he’ll put an arm around your shoulders, and he’ll do anything he can to keep skin-to-skin contact at all times.

Aries men aren’t afraid of public displays of affection. He wants everyone to know that you’re his! He’ll gladly give you all the affection you want no matter where you two are.

If you notice he’s taken on the role of your protector, that’s one of the signs an Aries man secretly likes you.

Aries men will do anything in their power to protect the people they love.

If somebody is bothering you at a bar or party, he’ll handle that situation right away. He won’t let anybody disrespect you or make you feel uncomfortable.

If you need help with something, don’t be afraid to ask him. He’ll do whatever he can to help you out if you’re in trouble.

Some Aries men can go a little too far with their protective nature but for the most part, it’s completely harmless.

If his “protection” is becoming stifling, just let him know. He doesn’t want to take away any of your independence. He just wants to make sure you feel safe and cared for.

An Aries man’s behavior in love isn’t all positive. He can get very possessive over his partner.

Aries men feel their emotions intensely. They aren’t always the best at constructively talking about their feelings, though.

If he sees somebody else flirting with you, he’s going to step in and tell that person to back off.

He won’t like it when other men are giving you attention. You’re his partner and he wants everyone to know that.

If a male Aries friend of yours never used to care when other people flirted with you but he does all of a sudden, that’s a sign the Aries man is falling for you.

A more mature Aries man will be able to handle his feelings of possessiveness and jealousy without causing any problems. Other Aries men need to work on handling their emotions constructively instead of lashing out.

If he is constantly praising you and telling you how wonderful he thinks you are, that’s a sign an Aries man is in love with you.

An Aries man might compliment your looks if he’s just interested in sex but you’ll be able to tell he’s in the relationship for more than that when he compliments your personality, your talents, and other non-physical things about you.

An Aries man won’t just compliment you in private. He’ll make sure everyone knows how much he adores you!

If you get a promotion at work, he’ll brag to all his friends about how hardworking and skilled you are. If you’re an artist, he’ll show off your work and tell everyone how talented he thinks you are.

6. Introduces You to His Friends

If an Aries man just wants a casual relationship with you or he just wants to hook up, he won’t introduce you to the important people in his life.

When he introduces you to his friends, that’s a sign he is serious about your relationship.

His friends are important to him. Even if he’s not close with his family, he likely has a solid group of friends.

When he loves you, he’ll want to show you off to everyone. He wants you to get to know his friends and he wants you to love them as much as he does!

He’ll talk about you to his friends before he brings you to meet them as well. If his friends have heard a lot about you before you meet them, that’s a good sign.

An Aries man’s ego is huge. He’s prideful and he hates to appear vulnerable or weak. If he is vulnerable with you, that’s a sign he’s serious about your relationship.

Being vulnerable around you shows that he trusts you deeply. Aries men don’t always have an easy time trusting people. If he trusts you, that means he’s serious about you.

He’ll talk to you about his insecurities and the things he doesn’t like about himself. He doesn’t share this information with everyone. He may not even talk to his friends about these things.

When he’s upset, he’ll come to you instead of bottling up his emotions. This is extremely hard for him to do. If he comes to you for support, that’s a big deal.

Aries men don’t cry easily, especially not in front of other people. If he cries in front of you, that’s a sign he’s willing to be deeply vulnerable with you.

An Aries man hiding his feelings is pretty common when he first starts falling for a person. He’ll be bold in his pursuit when he’s physically attracted to somebody. The second he starts developing actual feelings, though, he’ll clam up.

Eventually, he’ll open up about his feelings more. If he’s being open and honest with you about how he feels, that’s a sign he’s serious about you.

He will share all his secrets with his partner. When he’s serious about somebody, he wants them to know who he truly is.

Sometimes, being open is difficult for him. He’ll try his best to be as open and honest as possible with you, even if he has a hard time with it at first.

9. He Puts You First

When an Aries man is in love with you, he’ll be able to put aside his own needs and prioritize you when he needs to.

Aries men can be selfish and self-centered at times. When they truly care about somebody, though, they can learn to put that person first.

If he starts acting selfishly again, that doesn’t necessarily mean an Aries man is losing interest. It takes some time to learn when it’s appropriate to put other people first and when you can focus on yourself.

He’s not perfect and he won’t act selflessly all the time. If you can see that he’s putting in an effort to consider your needs, that’s a sign he loves you.

He will do his very best to make you feel like you’re a priority.

Aries men are terrible liars (if you know what to look for). Some of them can be deceptive, especially if they’re trying to get something out of somebody.

You’ll be able to tell when he’s being honest and genuine with you. As you get to know him, you’ll start to figure out his “tells” when he’s lying.

When he’s honest with you, even about things he’d rather hide, that’s a sign he’s serious about you.

If he tells you the truth instead of what he thinks you want to hear, he respects you. He won’t want to lie to you when he’s serious about the relationship.