10 Suggestions To Stop Aries Man From Ignoring You 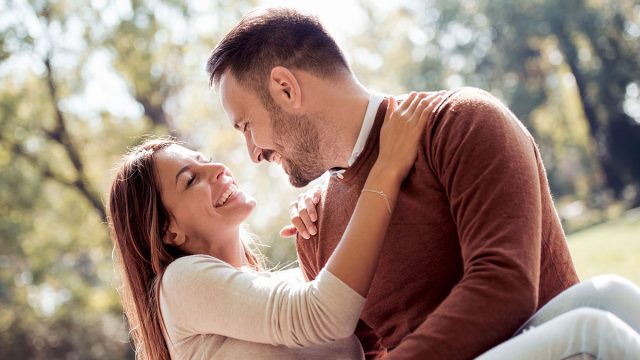 If an Aries man ignores you, the best thing to do is back off. An Aries man might be withdrawing because he needs a break.

You can prevent him from ignoring you in the first place by always respecting an Aries man’s boundaries.

An Aries man might start to ignore you if he thinks you’re too clingy. Aries men can be fiercely independent, and they are often busy. Your Aries man won’t be with you constantly.

Respect an Aries man’s need to do things by himself. If he needs some space, don’t chase after him! He will come back eventually if he feels respected.

Always be honest and genuine with an Aries man. He might start to ignore you if you’re constantly lying to him. He doesn’t have time for someone who can’t be honest.

One way to prevent an Aries man’s silent treatment is to not be clingy. Aries men don’t like to be with overly needy people.

Aries men are busy people. They have a lot going on in their lives. Your Aries man probably has many things to do throughout his day and not enough hours to do them all!

You cannot expect an Aries man to spend all his time with you. He will make time for you if you’re important to him, but he won’t spend every waking moment with you.

If an Aries man thinks you’re too clingy, he’ll start to pull away from you. He may begin to ignore you because he needs a break from you.

Take a step back if an Aries man is already ignoring you. Have you been too clingy lately? If you have, back off. That will get him to stop ignoring you.

2. Don’t Try To Control Him

An Aries man is stubborn. Never try to control him, or that might cause him to ignore you.

Aries men like to feel like they are in control of their lives at all times. They prefer to take on leadership roles at work and are often the more dominant ones in relationships.

Your Aries man might start to pull away and avoid you if he thinks you’re too controlling. He doesn’t have time for people who want to tell him what to do all the time.

If you need an Aries man to do something, ask him, don’t tell him. Have a conversation with him. Don’t just demand that he do something.

Avoid micromanaging your Aries man as well. If you ask him to do a task and he does it, be happy! Don’t get hung up if he doesn’t do it the exact way you would.

Most of the time, you shouldn’t chase after an Aries man. They usually like to be the ones to pursue someone in a relationship. They also don’t want to be chased when they’re trying to get some alone time.

An Aries man will chase after you if he’s interested in you. You can let him know you’re interested as well, but you don’t need to be pushy.

Your Aries man might start to pull away if you chase after him too much. You need to give him the time and space to decide how he wants to pursue you. Sit back and let him come to you.

When an Aries man is done with you, he’ll usually let you know. He will be direct about his lack of interest. Don’t chase him if you want any hope of salvaging the relationship or staying friends.

One of the best ways to attract an Aries man is by being confident and independent. You will naturally get his attention if you’re an exciting person. You don’t need to beg for his attention.

Trying too hard to get an Aries man’s attention will result in him ignoring you. You will get the exact opposite of what you want!

An Aries man will give you attention if he wants to. If he thinks you’re too desperate for attention, he’ll ignore you.

Sometimes when an Aries man goes silent, it’s because he needs some time to himself. If you can respect that, he’ll be less likely to ignore you once he’s had the alone time he needs.

An Aries man’s communication style is straightforward. If he has to set a boundary with you, he will. If you don’t respect that boundary, he’s likely to ignore you.

Your Aries man doesn’t have time for someone who won’t respect him. He will pull away from you if you step over his boundaries too many times.

Always respect his feelings when an Aries man is upset. He will start to avoid you when he’s upset if he feels like you’re going to invalidate his feelings.

Aries men can have complex and even explosive feelings. They have big emotions, even if they don’t always have an easy time expressing them.

If he needs help expressing them more healthily, gently offer help. Don’t judge him or make him feel bad for how he expresses things.

You should also respect your Aries man’s privacy if he says he doesn’t want to talk about how he feels. Do not push him to talk about anything until he’s ready.

When an Aries man is mad at you, the best way to prevent him from ignoring you is to apologize for whatever you did to upset him.

You should be willing to put your pride aside sometimes. This is especially true if you expect your Aries man to put aside his pride and apologize to you when he’s wrong.

If you upset your Aries man and refuse to apologize, prepare to be ignored. He will give you the silent treatment and actively avoid you to show you just how upset he is.

Why do Aries men ignore you sometimes? An Aries man might ignore you if you constantly lie to him.

Aries men hate dishonest people. They do not want to invest their time in a partner who can’t tell them the truth.

Your Aries man wants to know that he can trust you. If he catches you in one too many lies, he’s going to start avoiding you.

If you make a mistake, go to him about it. It’s better to confess than to wait until he finds out about it himself. He will be more likely to forgive you if you’re honest with him and don’t try to hide your mistake from him.

You should always be genuine when you’re interacting with an Aries man. He doesn’t want to be playing games with you constantly.

Don’t pretend to be someone you’re not just to impress him. Eventually, he will figure out that you’re just acting.

An Aries man might start to ignore you if he thinks you’re not being sincere when you’re around him. He doesn’t want to waste his time getting to know somebody who can’t even be genuine with him.

If you compliment an Aries man, be sincere. He’ll pick up on any exaggerated flattery, and he won’t like it! He wants people to be honest when they say they like something about him.

An Aries man will start to avoid you if he thinks you’re fake. He wants to be around sincere people. He doesn’t have time for people who always put up a front.

This one weird trick is the only way to attract a Aries man.

If you think an Aries man is pulling away from you during a conversation, it might be because he’s bored! Ask him if there’s something else he wants to do.

Aries men get easily bored. They need to be constantly stimulated because they are action-oriented people. They have a lot of energy!

Your Aries man won’t always want to sit at home or have quiet conversations with you. There will be times when he wants to go out and actually do something.

If you never want to go out, your Aries man might start doing things without you. He may not actively avoid you or ignore you, but he will start spending less time with you.

Make sure you never allow your Aries man to get bored. Do exciting things with him and always be willing to go out when he needs to get out of the house.