What Happens After a Capricorn Man Breaks Up with You 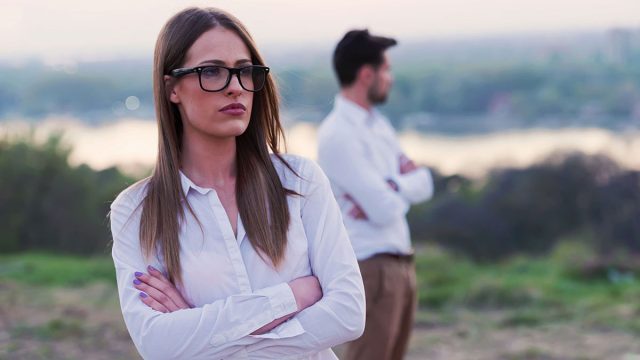 A Capricorn man after a breakup is often just as upset and vulnerable as anyone else but he’ll try to hide it.

He’ll do whatever he can to distract himself from his hurt feelings. This includes ignoring his ex.

Capricorn men like to think of themselves as logical, rational people who are not controlled by their emotions.

This sometimes causes problems in relationships and may even be the reason his partner broke up with him!

Following a breakup, he will feel hurt and upset. However, he’ll do everything he can to keep those emotions hidden. He’ll cover up his feelings. He’ll work more, focus on himself, and establish new routines.

He’s also likely to ignore his ex, at least at first. He needs time away from her to get over the relationship.

How does a Capricorn man handle rejection and heartbreak? He usually tries to deal with it by himself. He doesn’t like to appear vulnerable to other people, even his friends and family.

If he’s upset, you won’t be able to tell. If you see him out in public, he’s not going to have a visible reaction to your presence.

He likely had plans for the future that involved you. After a breakup, he’ll have to adjust his plans. This can make him feel unsure and insecure about what he should do next.

Capricorn men often have a hard time discussing their feelings with other people. He won’t want his friends to think he’s weak so he won’t go to them for help.

After a breakup, Capricorn men sometimes drop off the face of the planet. They do this because they need time to focus on themselves.

He might need to reflect on why the relationship went wrong. He may need to adjust his expectations for relationships. He may also need to work to better himself if he was the problem.

He needs time for self-care as well. This isn’t always something Capricorn does but he’ll be in desperate need of some relaxation.

He often needs to be alone with his thoughts. Having other people around doesn’t usually comfort a Capricorn man after a breakup, it just stresses him out.

If you want to talk to him after a breakup, you likely won’t be able to. Even if he is talking to other people, he needs time away from you.

Will a Capricorn man come back after disappearing? He usually won’t come back to his ex but he will eventually start talking to other people in his life.

He might decide that, at least for the time being, relationships just aren’t a thing he wants to focus on. He might need to change some things about himself before he’s ready to try again with someone else.

Capricorn men don’t trust easily. It can be hard for them to open up to somebody enough to have an intimate, romantic relationship with them in the first place.

When he gets his heart broken, he might swear off love altogether. Even if he does eventually get into another relationship, he’s going to be wary of trusting that new person.

It’s often good to take a break from relationships anyway. This allows Capricorn time to focus on himself and do some self-improvement. After all, he doesn’t want to make the same mistakes in the future if he does get into another relationship.

A Capricorn man will likely feel resentment toward his ex after a breakup. Even if he breaks up with you, he’s going to resent the fact that he had to end the relationship.

If he broke up with you, it was likely for a good reason. Capricorn men don’t give up on things easily. They are hardworking and they will do what it takes to follow through on a commitment.

Even if the breakup was amicable, he might still feel some resentment. He will hate that he has to “start all over”. If he was committed to you as a long-term partner, he might feel like the time spent with you is now wasted.

Leaving a Capricorn man alone after a breakup is best. He’ll often establish boundaries with you regarding communication. Most of the time, he won’t want to talk to you at all, at least at first.

Boundaries are important for a Capricorn man in general. He is often clear about what his boundaries are. After a breakup, he’ll establish new boundaries. He’ll expect you to respect them.

He won’t waste time making it clear that your relationship is over. He won’t necessarily tell everyone but he’ll do things like unfriend you on social media and remove you from his profile.

He may block you so that you aren’t able to contact him. He does this to ensure that his boundaries are respected, even if you do want to reach out to him.

He’ll establish boundaries with his friends and family as well. If he doesn’t want to discuss the breakup with them, he’ll make that clear.

When a Capricorn man is heartbroken, he will dive into work even more than usual. He does this to distract himself. He needs something else to focus on.

Work also makes him feel better. He likes to work! He is often a workaholic, even when he’s happy.

If he’s not able to spend more hours at work, he might dive into a hobby of his instead. He just wants to be doing something.

When he’s working, he’ll be entirely focused on work. He won’t be able to focus on his heartbreak or hurt feelings.

Work will also allow him to blow off some steam. If he’s angry, he’ll be able to use that anger to give him the energy he needs to work hard.

Ignoring a Capricorn man after a breakup is the best course of action. He will likely ignore you too.

Don’t be surprised if a Capricorn man stops talking to you after a breakup, even if you two ended on good terms. He needs time away from you.

As mentioned, he may block you on social media. If you two go to school together or have the same friends, he’ll do everything he can to avoid you.

Even if a Capricorn man wants to be friends after a breakup, he still may ignore you for a while. He needs time to sort through his own emotions and get over his heartbreak.

If a Capricorn wants you back after a breakup, he will often ignore those feelings. When a Capricorn man is still in love with his ex, he doesn’t want to acknowledge that. He would rather ignore his emotions.

He’ll refuse to acknowledge his hurt, even if he’s deeply upset. He won’t talk about his feelings with the people around him.

He’ll avoid discussing anything with you too. Even if he’s upset with you, he’d rather just ignore you and move on than talk about it with you.

He will have to confront his emotions at some point, of course. He won’t want to but they’ll just explode out of him if he ignores them for too long.

Normally, Capricorn men are highly reluctant to change their schedules or mix up established routines.

After a breakup, he may be forced to change some things, even if he doesn’t want to. Sometimes, he may change things up because he does want to.

If you two spend time in the same places, he’ll start to avoid those places. He doesn’t want to accidentally run into you when he goes to get coffee.

If you two have mutual friends that both of you normally spend time with, he’ll make different plans with those friends. Don’t expect him to show up at parties you’re going to be at.

He’ll have to change routines around the house if you two lived together as well. He’ll now be responsible for all the chores. He’ll no longer have movie nights with you to look forward to.

Capricorn men hate drama. They will do anything they can to avoid it.

He won’t want to talk about the breakup with mutual friends because he doesn’t want anything he says to get back to you.

He’ll avoid parties he knows you’re going to be at. He doesn’t want to make anything awkward and he doesn’t want the host to worry about who they should invite.

If you try to pick a fight with him for some reason, he’ll just ignore it. He won’t want to deal with you at all, especially if you’re angry with him.