7 Important Signs a Gemini Man is Not Interested in You 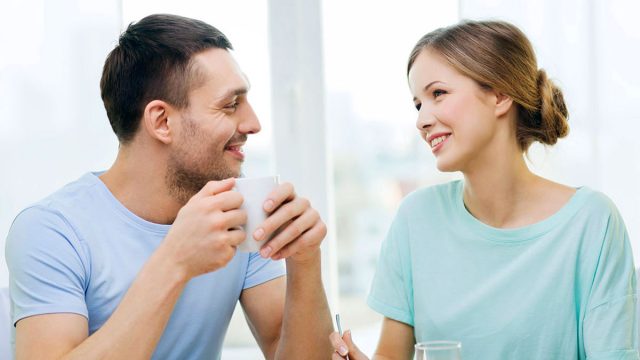 If you’re not sure how your Gemini crush feels about you, you’re probably wondering how to tell if a Gemini man is not interested.

What are the clues that this zodiac sign isn’t into you romantically?

Gemini is a very enigmatic and mercurial sign, so it’s no wonder you might be having trouble reading your Gemini guy.

A Gemini man giving mixed signals is normal, so don’t think you’re going crazy if you can’t figure out whether or not he likes you.

By gaining a better understanding of how his star sign typically thinks and behaves, you will be able to figure out if a Gemini man is not interested in you.

1. He Won’t Make Plans with You

Gemini is one of the air signs, and air signs are known for being social, gregarious, and outgoing.

Air signs are also known for being a bit flaky and unreliable. Even if he likes you a lot, don’t be surprised when a Gemini man disappears suddenly and then pops back into your life when it’s convenient for him.

But if a Gemini guy likes you at all, he will make plans to see you, even if it’s only in the distant future because he’s so busy.

He also might only want to hang out in groups because he wants to make the most of what little free time he has, but it’s still not a sign that he doesn’t like you.

If you feel like your Gemini man is distancing himself, pay attention to whether or not he makes plans with you.

If you want to know how to tell if a Gemini man is playing you, he will vaguely say that you should get together sometime without establishing solid plans.

And if he doesn’t like you at all, he will always say he’s too busy to see you.

2. He Ignores Your Messages

Although Gemini is a very social and communicative sign, a Gemini guy isn’t always the best at texting people back.

No matter how much he cares about someone, he often looks at his messages and thinks that he will respond to them later, then promptly forgets all about it.

When he likes you, he will make more of an effort to reply to your messages. And if he goes days at a time without responding, he will eventually send you a long message to apologize for his absence.

But when a Gemini man ignores you and never responds to anything you send him, it means he doesn’t like you. He’s trying to show you that he’s not into you without rejecting you directly.

If you’re wondering what to do when a Gemini man ignores you, try texting him simple and straightforward questions to see if he responds.

If you text him to ask him for a restaurant recommendation or what time you are all supposed to meet with mutual friends and he never responds, it means he’s not interested in you.

3. He Avoids Talking to You

Every star sign is ruled by a particular celestial body that reveals something important about that sign. Gemini is guided by Mercury, the planet of communication, thinking, and intellect.

His ruling planet tells us that a Gemini guy is quite social and talkative. He makes new friends easily and has no problem striking up conversations with strangers.

He goes out of his way to greet and talk to everyone, even if he has no romantic interest in them.

But if a Gemini man ignores you completely, don’t take it as a sign that he’s too shy to talk to you or even playing hard to get.

A Gemini guy dislikes confrontation, but he will still find ways to make it perfectly clear that he’s not interested in you romantically.

When he avoids talking to you by running in the opposite direction when you approach him, it’s one of the signs a Gemini man doesn’t like you.

4. He Calls You Boring

As a highly intelligent and thoughtful sign, a Gemini guy needs constant mental stimulation. He would rather be overwhelmed and stressed out than bored and unoccupied.

Perhaps the worst opinion a Gemini man can have of you is to think of you as dull and uninteresting.

When he hangs onto your every word and seems fascinated by your conversations, it’s one of the signs a Gemini man is attracted to you.

If he tells you he loves talking to you and comes to you frequently for entertainment and advice, it means he’s definitely interested in you.

But if a Gemini man calls you boring to your face or you find out that he referred to you as dull and ordinary behind your back, it’s a clear sign that your Gemini guy isn’t into you.

If you want to know how to make a Gemini man think about you differently, you’ve got to show him your amusing and adventurous side.

To make him like you, you’ve got to be the girl he calls when he wants to have fun and do something exciting. You should at least be able to charm him with your playful banter and quick wit.

5. He Picks Fights with You

A Gemini guy is fair and diplomatic, so he likes playing the devil’s advocate. He also likes to flex his strong communication skills by having an intellectual debate.

While he might enjoy looking at issues from multiple perspectives and engaging in flirtatious quibbles, a Gemini man is non-confrontational and dislikes genuine fights.

This is largely due to his zodiac sign’s modality. Every star sign has one of three modalities: cardinal, mutable, or fixed. The modalities tell us how the signs deal with problems and interact with the world.

Gemini is one of the mutable signs, and mutable signs are known for being adaptable and versatile. They solve problems through compromise and negotiation, but they may also avoid problems and allow others to dominate them.

As a mutable sign, a Gemini guy usually likes to keep the peace. He doesn’t start arguments with the woman he likes, and he often defers to her desires and opinions.

But if a Gemini guy doesn’t like you, he will become uncharacteristically quarrelsome. He will pick fights with you over petty things to express his disinterest and push you away.

He starts arguments to show you how incompatible you are and to make you not want to be around him. It’s his indirect way of showing you that he doesn’t want to be with you.

6. He Calls You Negative

The twelve zodiac signs are divided into two polarities, masculine/positive and feminine/negative, with six signs in each category.

Gemini is one of the masculine/positive signs, which tells us that a Gemini guy generally has a sunny disposition and an optimistic outlook on life.

He dislikes it when someone complains too much and always points out the negative side of situations.

He prefers to surround himself with those who are as optimistic as he is because he doesn’t want to get dragged down by other people’s pessimism.

If a Gemini guy rolls his eyes or grimaces every time you vocalize a complaint, it means he thinks of you as a negative person and he’s probably not interested in you.

And if he calls you negative and pessimistic to your face or behind your back, it’s a sure sign that he doesn’t see you in a romantic light.

If you want to win him over, you’ve got to change his perception of you. Make an effort to only say pleasant, positive things around him until he forgets about his initial view of you as pessimistic.

Smile a lot and wear bright, cheerful colors when you’re planning on seeing him. Always point out the silver linings of dark situations, and he will start to change his opinion of you.

7. He Talks about Other Women to You

Some zodiac signs like playing mind games when it comes to love, and Gemini is definitely one of those signs.

A Gemini guy likes a little bit of playful jealousy when he’s dating or flirting with someone. He uses jealousy as a way of gauging your interest and getting you to chase him.

If you’re just friends with a Gemini man and he wants to date you, he might mention that he’s attracted to somebody just to see how you will react.

It’s normal for a Gemini guy to try to make you a little bit jealous when he likes you.

But if all he does is express interest in other women and encourage you to pursue other men, it means he’s not interested in you.

If he tells you all the details of his dating life and asks you for relationship advice, your Gemini man isn’t playing hard to get.

He’s genuinely interested in someone else and he’s trying to tell you that he doesn’t view you as a potential romantic partner.

What Happens After a Gemini Man Breaks Up with YouWhat is The Gemini Spirit Animal? (Definitive Answer)
Hello, I'm Maria