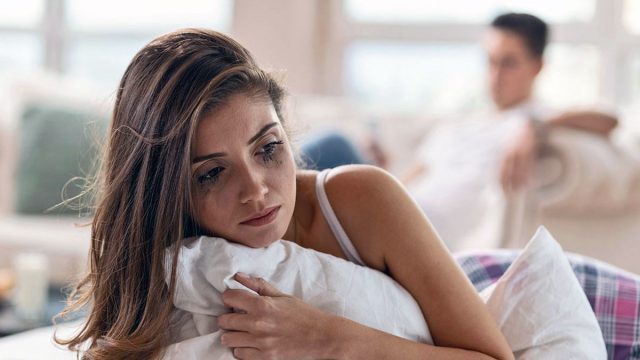 If you’ve been burned by a Capricorn guy, you might be wondering about hurting a Capricorn man.

What can you do to hit this zodiac sign where it hurts?

Maybe you’re looking to get revenge, or perhaps you want to know what hurts a Capricorn guy because you love him and want to know which behaviors to avoid.

The star signs are all hurt by different things, so astrology can tell you exactly what causes a Capricorn guy the most pain.

Once you have a better understanding of his zodiac sign, you will be able to hurt a Capricorn man or know how to prevent yourself from hurting him.

The typical Capricorn man is very ambitious. He doesn’t have a lot of free time because he stays busy with work, hobbies, and other projects.

If your Capricorn man is suddenly distant, it’s probably because he’s been juggling too many things and had to prioritize something else over you.

One of the best ways to hurt a Capricorn man is to waste his time. Make him feel guilty for neglecting you, then blow him off when he reorganizes his schedule to see you.

He is a very punctual guy, so although he’s patient, he hates it when other people run late. He takes it as a sign of rudeness and disrespect.

Deliberately keep your Capricorn guy waiting for you, especially if you know he’s somewhere that makes him uncomfortable.

If he hates shopping, ask him to meet you at the mall. Intentionally show up late and let him sit in discomfort while he waits for you.

If you know he gets self-conscious about eating alone at restaurants, ask him to meet you somewhere for dinner, then call to tell him you’re running late and he should order without you.

Wasting your Capricorn man’s precious time, especially by making him do something he hates, is sure to drive him crazy and hurt him.

Every zodiac sign correlates with one of the four natural elements: air, earth, water, or fire. The elements reveal the emotional tendencies of the signs.

Capricorn is an earth sign, and earth signs are typically practical, logical, and reliable. While his natural element blesses your Capricorn guy with many wonderful qualities, sensitivity is not one of them.

Earth signs are known for being unemotional and even a bit tactless and insensitive at times. They are resilient and don’t get their feelings hurt easily, so they don’t understand why others are so sensitive.

But a Capricorn man knows insensitivity is one of his weaknesses, and he hates it when other people point out his inadequacies.

He also never wants to come across as rude because he cares about manners and superficialities, but sometimes his insensitivity makes him seem impolite.

Calling a Capricorn man insensitive stings because it’s one of his insecurities, and calling him rude will make him self-conscious.

A Capricorn guy is skilled at managing his finances. He’s great at making money, and he’s even better at saving and investing it.

He can be frugal when it comes to spending money on himself, but he is quite generous with his loved ones.

He is a gentleman with traditional values, so if your Capricorn guy likes you, he will insist on paying for dates.

He will spoil you with expensive and thoughtful gifts to show how well he knows you and that he can provide for you.

But if he is stingy and refuses to pay for anything when he takes you out, it’s one of the signs a Capricorn man is using you and doesn’t truly care about you.

He enjoys spoiling his loved ones, but a Capricorn man dislikes it when others take advantage of his generosity. He wants to spend money on others because he cares, not because it’s expected of him.

You can hit your Capricorn guy where it hurts by exploiting his generosity. Never offer to pay for dates, and push the bill towards him when it comes after having dinner.

It deeply hurts a Capricorn man when you make him feel like you’re just using him for his money.

4. Keep Him from Work

As one of the most ambitious signs of the zodiac, a Capricorn man takes pride in his work. He sets lofty goals for himself and is always reaching for a better job, a raise, or a promotion.

If he tells you he can’t see you because he’s too busy with work, don’t take it as an excuse or one of the signs a Capricorn man is not into you.

He is genuinely busy at the office and hopes you can understand that he’s trying to secure a better future not just for himself, but also for his partner.

If you’re wondering, “What does a Capricorn man like in a woman?” The answer is someone ambitious who understands and appreciates his work ethic.

He can’t be with someone too clingy who keeps him from thriving at his job because she demands so much of his time and effort.

You can hurt your Capricorn man by keeping him from his work and being a detriment to his career.

When he stays late at work, call him over and over at the office until he answers just to complain and ask when he will be home.

Play loud music to distract him when he’s trying to work from home or show up unexpectedly at his place of work to sidetrack him.

A Capricorn man is very guarded, so it takes a lot for him to open up to the woman he’s dating.

It’s not that he’s sneaky or secretive; he’s just plagued by insecurities and is afraid of being vulnerable with someone in case they reject him and break his heart.

When he starts talking to you about his feelings and divulging his secrets, it’s one of the important signs a Capricorn man cares for you a great deal.

You can hurt his feelings by exposing his secrets and airing out the skeletons in his closet. When he tells you an embarrassing or emotional story, laugh at him and share it with all your mutual friends.

If he talks negatively about someone to you in private to vent his frustrations, go to the person he gossipped about and repeat everything your Capricorn guy said.

Telling his secrets and making him retreat further into his shell is a sure way to damage your Capricorn man.

A Capricorn man can be a bit superficial because he cares a lot about his reputation and the way others perceive him.

He likes having a polite, beautiful, accomplished partner on his arm to make him look good in front of everyone.

If you want to know how to make a Capricorn man obsessed with you, be an asset to him when you’re out in public.

Be gracious and charming when he introduces you to his friends, and look your best when you plan on meeting them.

But if you want to harm your Capricorn guy, embarrass him in front of as many people as you can.

Get belligerently drunk at his work event and Insult his business associates. Act crass and ill-mannered when you are out to dinner with his parents.

Although he loves an independent woman, a Capricorn man also can’t resist a damsel in distress. He has a secret nurturing side and likes to take care of other people, especially his loved ones.

When he tries to protect you or gives you helpful advice, these are the signs a Capricorn man is interested in you.

But a Capricorn man hates it when others abuse his kindness. He enjoys helping others out of the goodness of his heart, but he dislikes it when people demand things from him.

When you want to hurt your Capricorn guy, make him feel used. Call him only when you need something, like a ride to the airport or help moving heavy furniture.

A Capricorn man is very hard-working, but he doesn’t want to be the only one in his relationship putting hours at the office.

If you are wondering how to make a Capricorn man want you, show him your ambitious side. Talk to him about your work and let him see how passionate you are about your job.

But if you want to hurt him, let him feel like he’s the only one in your partnership with a strong work ethic.

Stay in bed when he gets up early for work, and insist that he gets ready in the next room so you can sleep in.

Don’t clean up around the house, and when he gets home from a long day at the office, put your feet up and tell him he has to make dinner.

Capricorn is a very wise sign, so a Capricorn guy hates it when other people underestimate his intelligence.

If you want to know how to make a Capricorn man chase you, tell him that you admire his powerful mind and respect his judgment.

But if you’re trying to make him hurt, talk down to him to make him feel stupid. Patronize him by speaking to him like he’s a child.

He can’t stand it when anyone treats him like he’s a fool, so insulting his intelligence is a sure way to harm your Capricorn man.