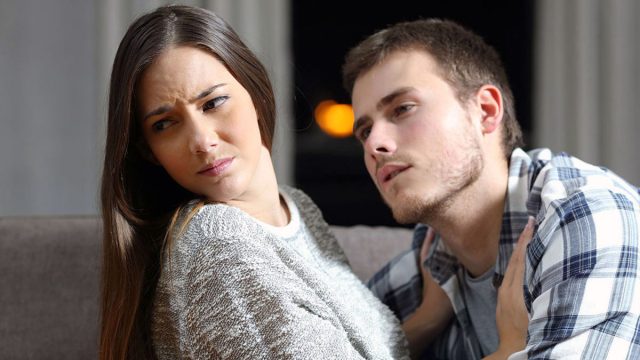 Whether you’re trying to seek revenge or want to know how to avoid causing him pain, you need to know about hurting an Aries man.

How can you hit this zodiac sign where it hurts?

You might be trying to get back at an Aries man who has hurt you, or perhaps you just want to know what hurts him so you can prevent yourself from doing anything to harm him.

Regardless of your intentions, you need to find out what sort of behaviors will hurt this zodiac sign the most.

By learning more about his star sign, you will know exactly how to damage an Aries man and make him suffer emotionally.

1. Beat Him in a Competition

The typical Aries personality is highly competitive. An Aries man has to be the best at everything he does, and he likes turning even the simplest tasks into a game or a challenge.

For example, an Aries guy might randomly challenge you to race to the end of the street if you’re out on a walk, or he will invite you on dates that show off his competitive side like going bowling.

If you want to know how to beat an Aries man at his own game and make him hurt at the same time, you have to beat him at a competition.

It’s best if you can find something he’s really good at and do better than him. If you know he’s good at basketball, work on your skills in private before challenging him to a game.

Don’t let him know how hard you’ve been practicing, and make your victory over him look effortless. He might try to hide it, but your Aries guy will secretly seethe over his loss.

If you can’t win when it comes to his favorite activities, get him to do an activity that you know he will lose.

If you are a talented painter but your Aries guy doesn’t have an artistic side, plan a date where you paint together.

Your Aries man will become hurt and frustrated when his work of art looks worse than yours, especially if you draw attention to the differences in your paintings.

Don’t be a gracious winner when you defeat your Aries man. Rub it in his face and make him feel embarrassed about his loss.

2. Compare Him Unfavorably to Others

Because he’s so competitive, an Aries man hates the idea of being compared unfavorably to others.

An Aries man in love especially doesn’t want his partner to compare him to other men unless it’s to compliment him by saying how much better he is.

You can hurt an Aries guy by bringing up another man you know makes him feel insecure. Compliment the other guy and praise the specific things about him you know your Aries man envies.

If your Aries guy is concerned about his career and wants to make more money, tell him about how your male friend just got a promotion and a raise.

Ask him why he hasn’t been making the same moves at his job, and whether or not he wants you to set up a meeting with your male friend to see if he can help.

Your Aries man will get hurt and angry when you make him feel inadequate by comparing him to other guys.

An Aries guy is very physical and energetic, and he usually has a high libido and a fear of commitment. This combination of qualities makes the typical Aries man a bit of a player when he’s single.

He loves seducing and hooking up with lots of different women, but he shies away from committed relationships because he wants to protect his freedom.

But an Aries man in love is a faithful and devoted partner. When he finds a woman he admires so much that he wants to settle down with her, he becomes blind to the charms of other women.

He will be faithful and loyal within a relationship because that’s how an Aries man shows his love.

Not only will he be monogamous but he will also always take his partner’s side and have her back. She can depend on him to be there for her when she needs him.

If you want to deeply hurt an Aries man and crush his ego, be unfaithful while you’re in a relationship with him.

Emotional infidelity doesn’t bother him nearly as much as physical infidelity, so you will have to hook up with someone else, even if it’s just a kiss, to make him jealous and angry.

When you cheat on an Aries guy, it hurts his pride and damages his trust in you. He will never forget how you betrayed him, and he will wonder why he wasn’t enough for you.

4. Hold His Temper Against Him

One of the typical Aries bad traits is being quick to anger. An Aries man has a fierce temper, and he can go from calm and happy to furious in seconds.

Although an Aries man is quick to anger, he gets over whatever made him mad just as easily. This earns him the reputation of being moody and temperamental.

But it also means that an Aries man forgives easily. If you do something to upset him, he calms down and forgets about it as soon as you apologize.

He needs somebody who will forgive his mood swings as quickly as he forgives others. If you want to hurt an Aries man, hold his temper against him and don’t let it go.

When your Aries guy snaps at you, don’t laugh it off or apologize quickly. Instead, turn the argument around on him and make him feel bad for going off on you.

Bring up his temper frequently, and make him grovel to get back in your good graces after he blows up at you.

The typical Aries man’s communication style is honest and direct. Because he is a bit egocentric, an Aries guy assumes that everyone else is as honest as he is.

He is unsuspicious until someone gives him a reason not to be so trusting. You can hurt your Aries guy by betraying his trust and making him question his confidence in you.

An Aries man hates any sort of lie, no matter how big or small. Telling him a little white lie is just as damaging as hiding something huge from him.

When he asks you if you like his new shirt, tell him that it looks great. Then, when you’re out in public, tell him that you lied to spare his feelings but you actually think the shirt looks ridiculous.

He will become self-conscious and, more importantly, he will be hurt that you deceived him.

You could also be secretive and make him wonder whether or not you’re deceiving him. Hide your phone from him, be vague about your plans with other people, and don’t explain why you can’t see him.

Is your Aries man painfully distant? Rekindle your love.

As one of the most independent signs of the zodiac, an Aries man hates being manipulated or controlled. You can hurt him by bossing him around or trying to change him.

Make demands like asking him to bring you things while you’re sitting in bed, or tell him that you wish he would dress or behave a certain way.

When he makes plans with his friends, insist on joining him to make sure he behaves, or just show up at the same bar with a group of your girlfriends.

Your Aries guy will start to feel suffocated by your controlling ways, and it will hurt him to feel like a caged animal.

Aries is perhaps the most impatient and impulsive of all the zodiac signs, so an Aries man hates to wait for anything.

He is the type of guy who gets restless waiting in lines or throws a fit when his food takes too long at a restaurant.

If you want to hurt your Aries man and drive him crazy, make him wait. Make plans with him, but don’t show up until at least half an hour after you agreed to meet.

And when an Aries man misses you, make him wait even longer to see you by putting off making plans with him.

An Aries man doesn’t need to be the life of the party, but he does like having the full attention of his partner.

If you want to make your Aries man confused in love and hurt him, ignore him and don’t give him the time of day.

When he tries to be affectionate, push him away. When he shows off for you and tries to get your attention, look in the opposite direction and focus on someone else.

He will get anxious and angry when his efforts to catch your eye go unnoticed because that’s what happens when you ignore an Aries man.

9. Leave Him Alone When He’s Sad

An Aries man hates showing vulnerability, so letting someone else see him cry is very vulnerable and rare for him.

If you want to know how to make an Aries man addicted to you, comfort him and cheer him up when he’s sad.

But if you want to hurt your Aries guy, leave him alone to deal with his feelings when he’s upset.

You could do even worse by taunting him and making him feel weak for showing emotion and exposing his softer side.

Abandoning your Aries man in his time of need or making him feel even worse is a sure way to hurt him.

Related Articles
What to Expect From an Aries Man After He Breaks Up10 Aries Spirit Animals (Definitive Answer)
Hello, I'm Maria